Esteban Ocon has become the fourth driver in Mexico City to receive a fresh power unit, a change that will yield the inevitable grid penalty for the Alpine driver on Sunday.

Ocon's engine swap which was done ahead of Saturday's final practice session follows the PU changes undergone by Aston Martin's Lance Stroll and McLaren's Lando Norris for Mercedes and by AlphaTauri's Yuki Tsunoda for Honda.

"Esteban will have a new engine for this weekend's Mexico City Grand Prix - his fourth of the season," Alpine said.

"All components of the power unit will be brand new for qualifying and the race."

The best qualifier this afternoon from the quartet will start P17, which should leave Haas chargers Mick Schumacher and Nikita Mazepin further up the grid than usual, regardless of where they qualify.

Furthermore, Williams George Russell will also suffer a grid demotion, the Briton falling five spots from where he qualifies following a gearbox change on his FW43B.

"It doesn't matter if we are 12th or eighth. The aim is to keep in front of them ÂlphaTauri], of course, until the end of the year.

"It's going to be a tough battle, but we are ready for it and the aim is to finish fifth." 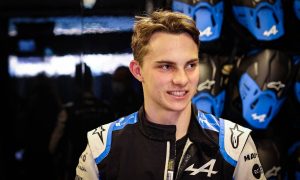 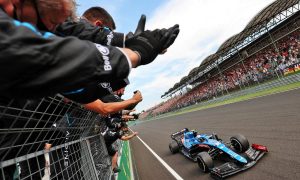