Red Bull's Christian Horner says the fixes applied to the rear wing of its RB16B ahead of qualifying in Mexico City were nothing more than "precautionary" measures.

As the Saturday afternoon session got underway, Red Bull's crews were seen actively working on the rear wing of both Max Verstappen and Sergio Perez's car.

Both drivers joined the session in a timely fashion but it wasn't the first time that the RB16B's rear wing required a last minute fix, with the appendage also the center of attention of Red Bull's mechanics in Austin.

"We saw something in FP3, that we just wanted to add a bit of protection into the rear wing," Horner told Sky F1. "It was nothing. It was more precautionary than anything else. So nothing that would affect the performance.

"I think that we were just concerned with a bit of fatigue that we've seen, nothing serious. But we just wanted to take no risk on it.

"The guys will have a good look at it [before the race] but the modification that has been done has, I think, addressed any concerns." 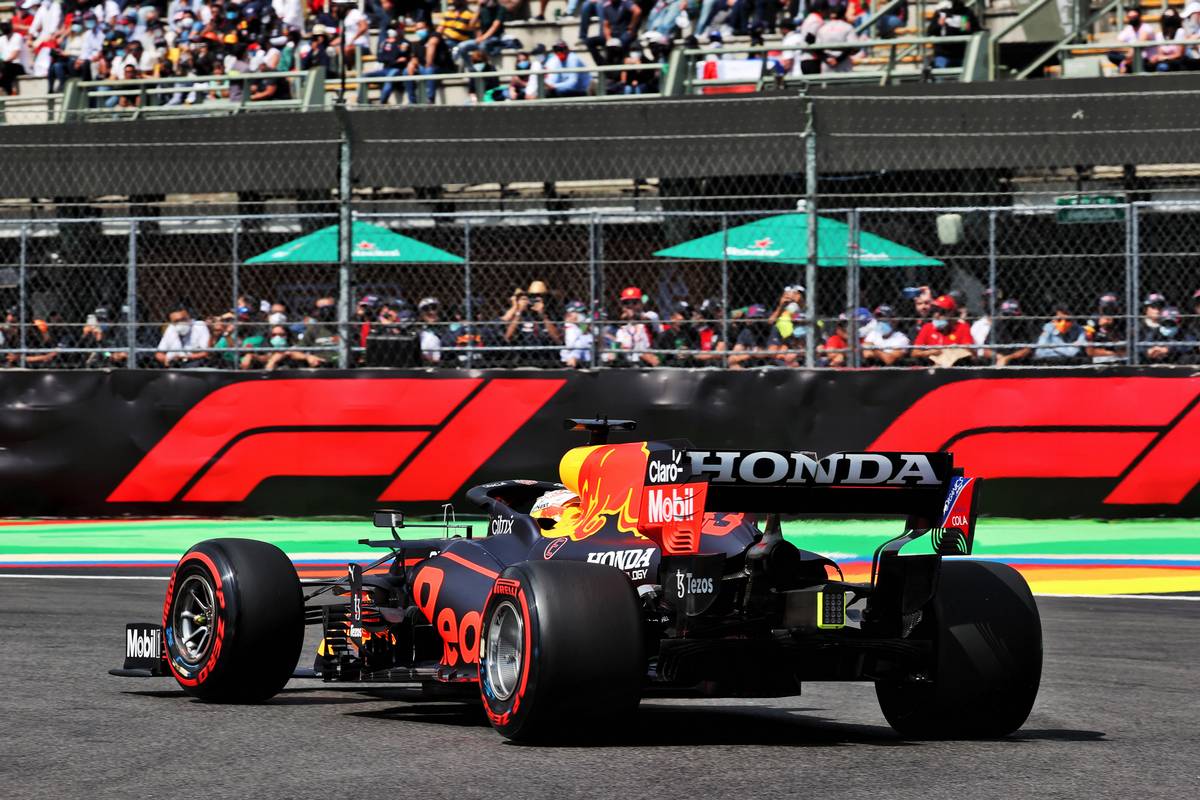 Interestingly, Perez later revealed that Red Bull had mounted on his car ahead of qualifying the rear wing Verstappen had used in FP3. The Mexican clocked in P4 in the session but admitted his car "was not the same" as it was in FP3, a session he had topped.

"Max had a problem with his wing in FP3 and they gave that wing to me and, I don’t know, from the first qualifying round on the car was never the same again," he said.

Verstappen believed the minor repairs applied to the wing were not the cause of Red Bull's relative underperformance in qualifying.

"Yeah, they were cracked after FP3 so we had to patch them up and basically they were like new to start qualifying," explained the Dutchman.

"So I don’t think that had anything to do with it – but of course we’ll have a look into it again."

Perhaps more troubling was Helmut Marko's admission that Red Bull was now running short on spare parts following Perez's off in FP1 that damaged his first rear wing of the weekend.

"The rear wing is also completely broken," said the Austrian. "That is of course a handicap because we have three races in a row and we have almost no spare parts left."