Ferrari team boss Mattia Binotto says it would be wrong to blame Daniel Ricciardo's underperformance earlier this season for McLaren's current points deficit relative to the Scuderia in the Constructors' standings.

Ferrari and McLaren are engaged in a fierce battle for the final spot on the podium of the Constructors' championship, with the Italian outfit overhauling its rival in the standings after last weekend's Mexico City Grand Prix and heading to Brazil with a 12.5-point cushion.

During the first half of this year's campaign, Ricciardo struggled to adapt to his new team and to get on top of his Mercedes-powered MCL35M.

The Aussie was comprehensively outperformed by teammate Lando Norris until the summer break, but has since turned around his form, adding a remarkable win at Monza to his track record.

However, on paper, better results by Ricciardo earlier in the season - or avoiding last weekend's opening lap clash in Mexico City - would have perhaps allowed McLaren to retain its P3 position in the championship.

But by the same token, Binotto, while highlighting Carlos Sainz' contribution to Ferrari's tally, suggests his team was also deprived of points earlier in the year due to misfortune. 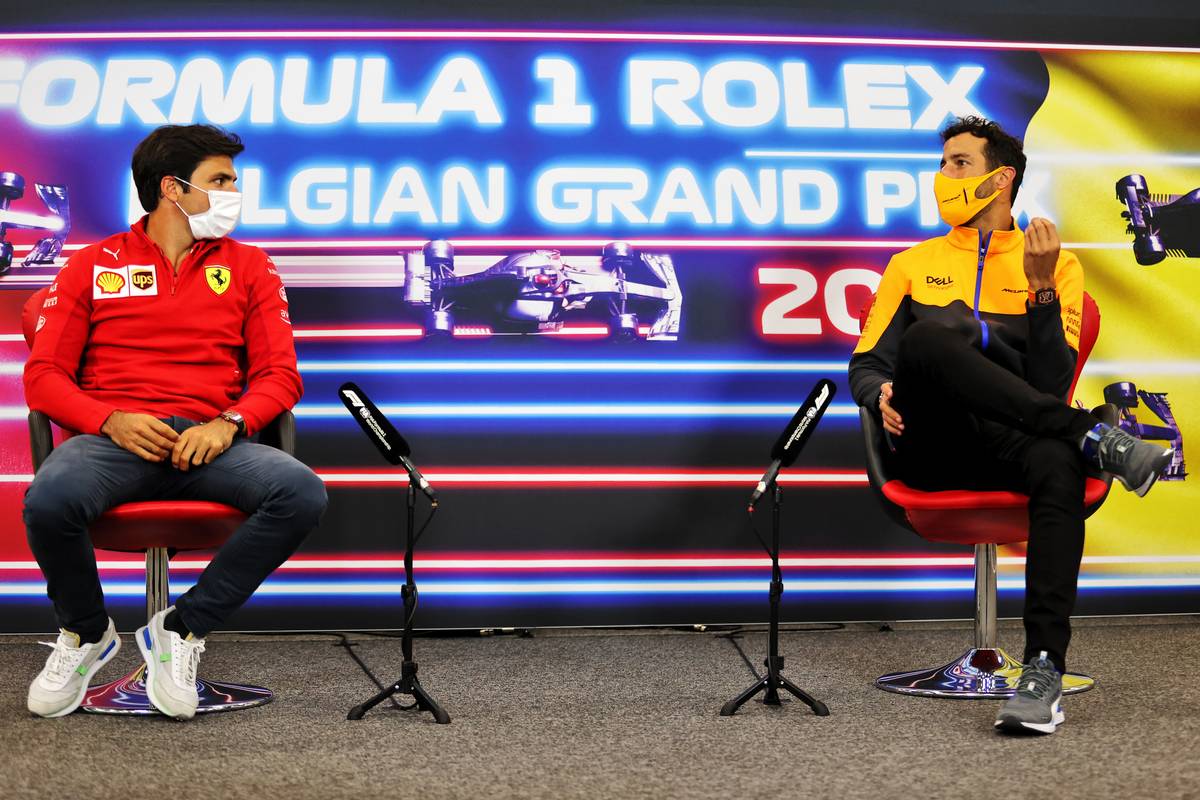 "I think that if you look at the number of points that Carlos is bringing, it’s a factor [in being ahead of McLaren], so it’s very important," Binotto said.

"So certainly he’s doing very well, certainly that has been important.

"I don’t think it’s only that because we have been unlucky through this season in some circumstances, Monaco, Hungary, so we could even be a lot more ahead of that.

"So I would not blame Ricciardo in that battle, I think that would be wrong."

To justify Ferrari's superior performance relative to McLaren in the last few races, Binotto also emphasized the gains made by the Scuderia in the wake of its engine upgrade in Russia.

"If I look at the last races, at least we have been always ahead of them, half a second maybe here [in Mexico] and [it] has been the case in the previous one," Binotto explained.

"So I think at the moment, since we introduced the new power unit, we somehow think we’ve got some little advantage in performance, which is very useful at that stage of the season."

Charles Leclerc, who sits sixth in the Drivers' standings, 7.5 points ahead of Sainz, reckons his team's close battle with McLaren could be decided by either outfit's mistakes rather than by their relative performance.

"I think the one who will do the less big mistakes will win. I think Mexico has been a good example of this.

"We've taken a big opportunity with both of the McLarens quite far behind. We managed to gain quite a bit of points, which I think is an important time for the third place in the championship."

Max still up for racing at Le Mans with Verstappen Sr