Lewis Hamilton says the belated news of his exclusion from Friday's qualifying was "devastating" but the Mercedes driver was determined to give it his best shot in Saturday's sprint race at Interlagos which he finished an impressive P5.

The Mercedes team received confirmation from the FIA of its rear wing technical infringement and Hamilton's subsequent demotion to last on the sprint race grid after Saturday's FP1.

On paper, the decision was a bitter blow for the German outfit and for Hamilton in particular. But the Britain remained determined not to give up on securing a good result in the 24-lap sprint.

From last, Hamilton quickly carved his way through the field with impressive speed to cross the checkered flag fifth, a result that will place him P10 on Sunday's grid after factoring in a five-place grid drop linked to his engine change in Sao Paulo. 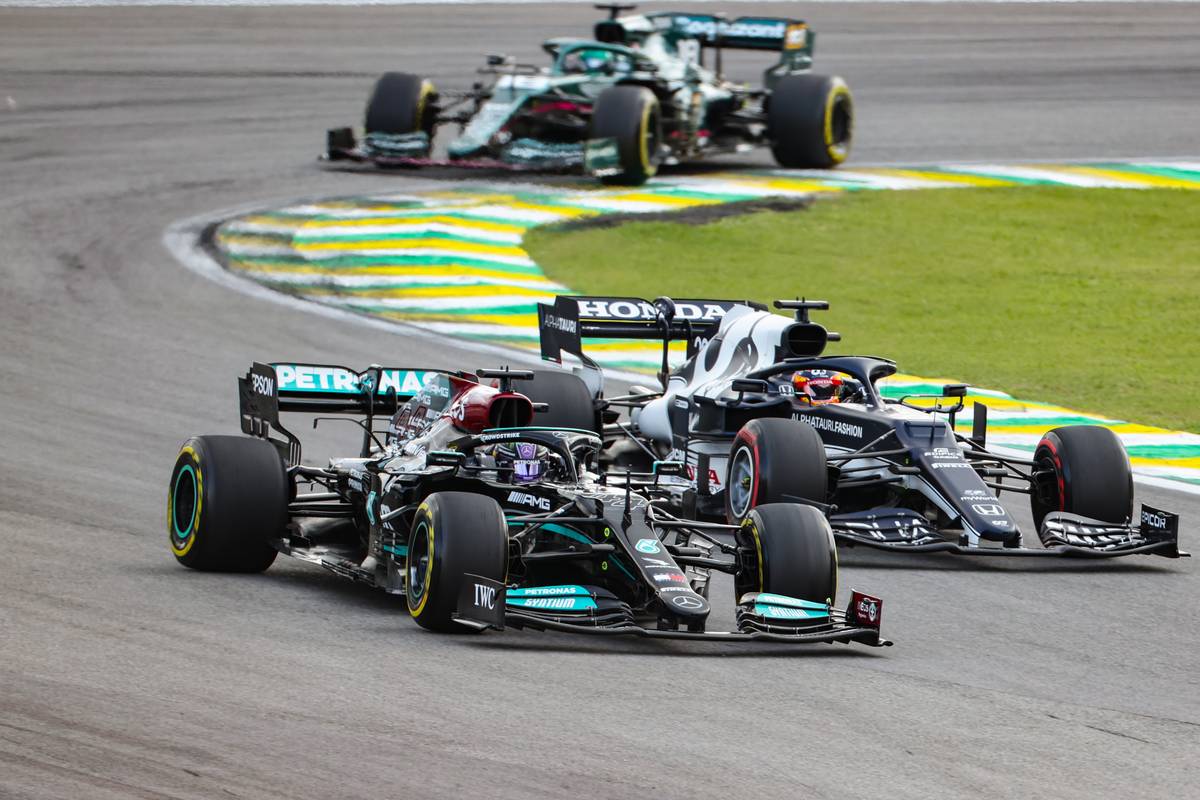 "Honestly, I had no idea what was possible, I didn't set a limit or a maximum," Hamilton told Sky F1, describing his mindset at the start of the sprint event.

"When I was at the back of the grid, just before the start, before we pulled away for the formation lap, I think I might have been able to see 10th and I was like, 'OK, that's my goal. I've gotta try and get as far up as possible'.

"All of sudden, I was chipping away at it much faster, and I really used a lot of different things for fuel today. I just never gave... You can't give up, you've gotta keep pushing."

Hamilton said the news yesterday of the stewards' investigation into his rear wing cast a gloomy shadow over his Mercedes team that went from bad to worse on Saturday. But he quickly "reset".

"It was definitely tough," he commented.

"Whilst the team were working away, delegating with the stewards, I was just trying to focus on my work with my engineers and keeping the morale with my mechanics high, just focusing on the job at hand, not thinking about it. 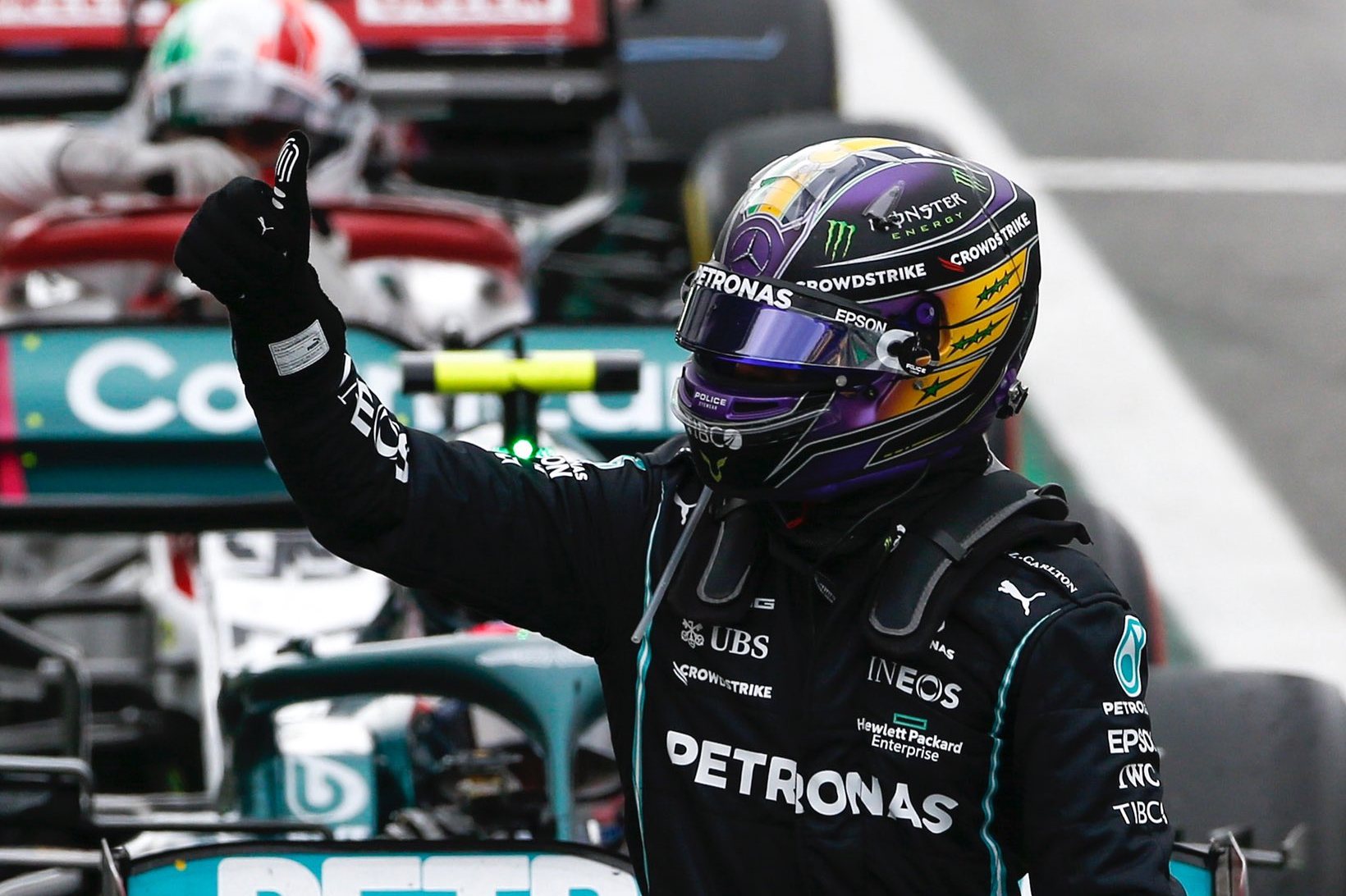 "Just before [the race] I heard about the result and it was devastating, but you can't let that hold you back.

"[You've got to] keep your head down and keep going. I quickly reset, got my mind focused on doing what I could do, and just giving it my everything."

Upon the conclusion of his remarkable run to P5 in the sprint race, on his cool down lap, a defiant Toto Wolff radioed in to say, "Brilliant job Lewis. F**k them all!".

Hamilton responded with an equally determined, "Copy. It's not over yet".

Bottas takes Brazil pole as Hamilton charges back in sprint

Verstappen: Sprint race start 'didn't work out for me'