Ferrari's Carlos Sainz will start this weekend's Sao Paulo Grand Prix from third place on the grid after making an excellent start in the sprint qualifying race.

Sainz had finished in fifth place in Friday's formal speed trials, but took the risk of starting today's sprint on soft tyres which gave him an early speed advantage when the lights went out.

He quickly took care of Sergio Perez and Pierre Gasly, and then dived down the inside of pole sitter Max Verstappen through the opening corners to emerge in second behind eventual race winner Valtteri Bottas.

The superior speed of the Red Bull meant that Verstappen was able to win back the place soon after, but Sainz remained delighted by how the start had gone - especially as improving the launch from the grid had been a big focus of his training and development since arriving at Maranello.

"That was a very good sprint qualifying for me after one of my best starts of the season," he said. "It was a really good one.

"I feel starts are one of my strengths, and I have been working a lot this year to nail them with this car," he explained. "It’s been a point to improve for me since I joined Ferrari.

"I have always felt my starts weren’t as good as they were at McLaren and Renault so I have been working on them and it was finally good to see it pay off today." 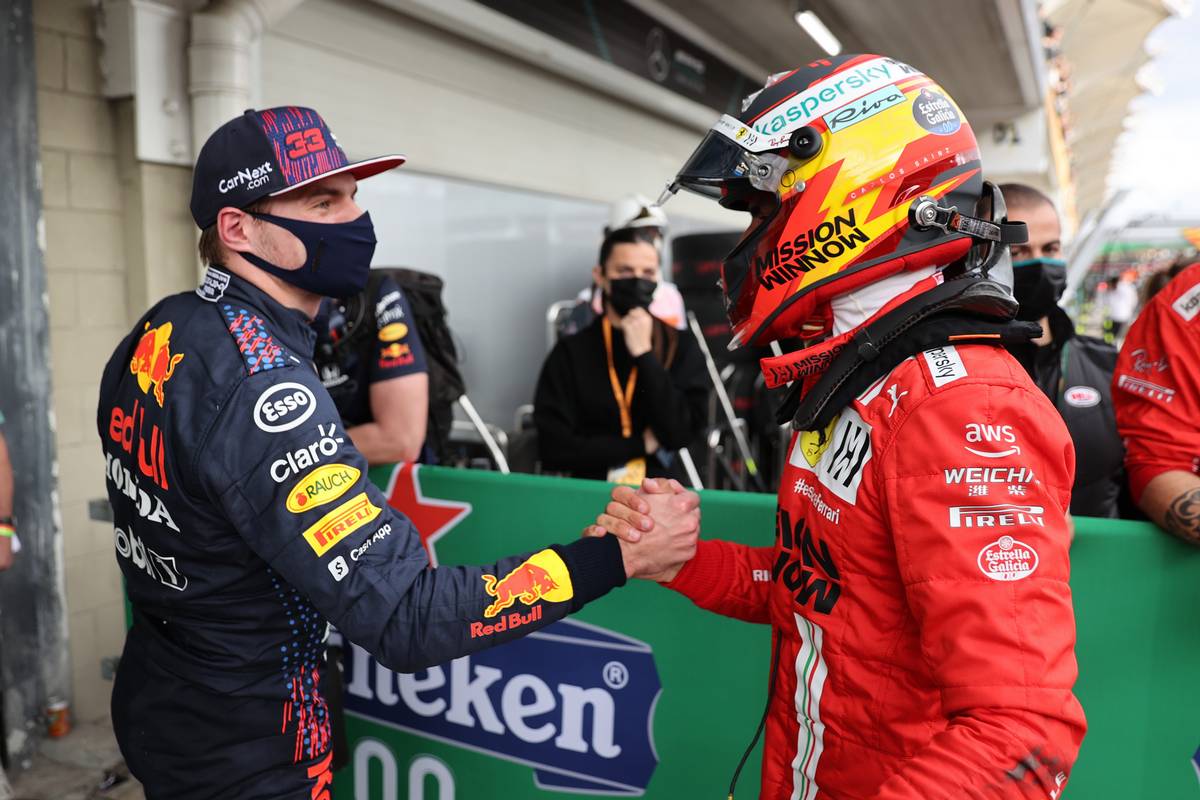 Sainz said he was all too aware that the risk of starting on the soft tyres was that they would 'fall off a cliff' in the latter stages of the race compared with the medium compound used by the Red Bull cars.

"Going for the soft tyre was a fifty-fifty choice. We knew they would be good for the first two or three laps but from then on tyre management and defense would be critical.

"I managed to find the right balance between pushing at the start and maintaining a stable pace after that.

“I was calculating and I realised Max had a lot of pace, so I used the lap that Max was overtaking me and those after to manage my tyres," he explained. "It was going to be tight to the finish on the soft, and I wanted to use them later in the race.

"If I had used them to defend from Max, it would have been more difficult to keep Checo [Perez] behind. I had to do my calculations inside the car.” 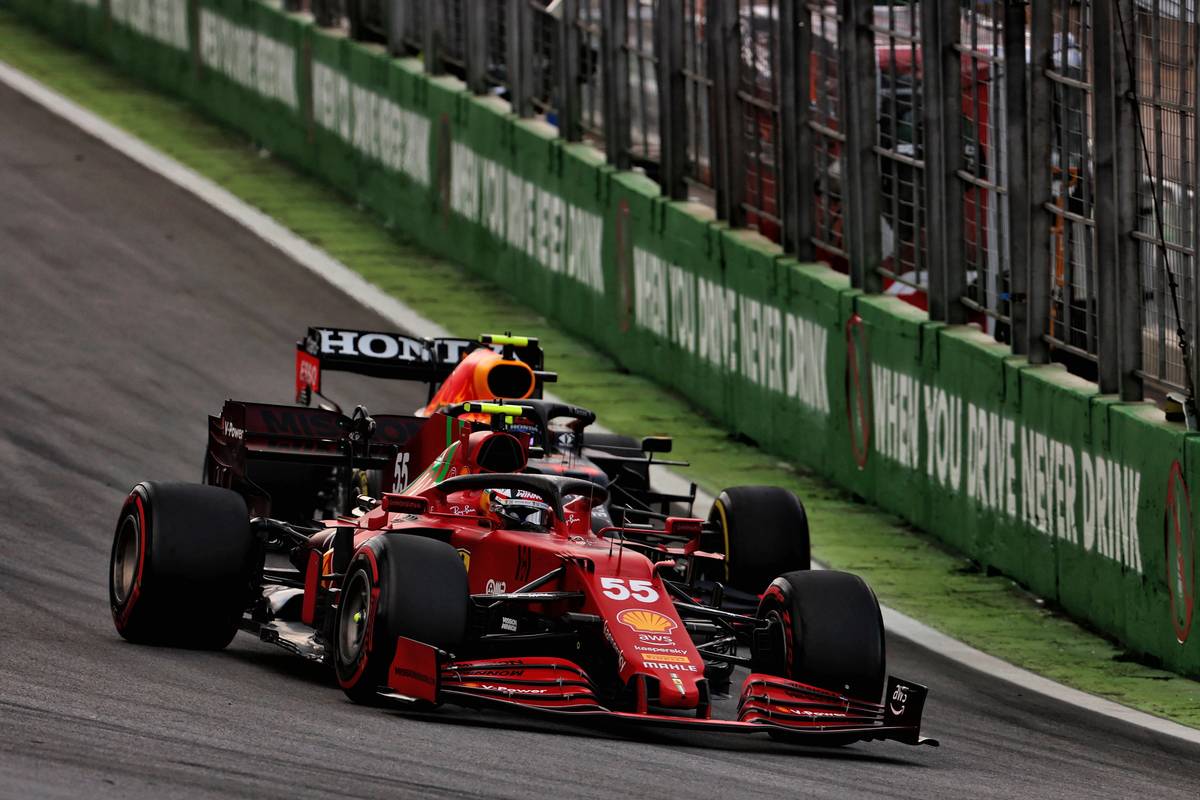 "The slightest mistake and the Red Bull could have overtaken us easily as they had a much faster pace.

"It was very difficult to keep Checo behind, but I’m happy I managed it because it gives us an extra point and a good opportunity tomorrow.

"The race will be tough, but I’ll try to keep up this pace and let’s see if we can hold on and bring home a good result."

"Carlos drove a great race," commented Ferrari racing director Laurent Mekies. "Starting with an incisive attack on the opening lap and then defending in fantastic fashion in his long duel with Perez, which went on for almost 20 laps.

"Thanks to a great job from the driver and the progress made with the car, especially since the introduction of the new hybrid system, he was able to stay ahead of a Red Bull that had the advantage of DRS and a tyre compound that in theory should have been better over distance."

Sainz' team mate Charles Leclerc wasn't as successful running on mediums in the sprint, dropping one place from his starting position although he'll still start tomorrow's Grand Prix from sixth due to a grid penalty for Lewis Hamilton.