The Mercedes duo of Valtteri Bottas and Lewis Hamilton lined up third and fourth in a session devoted to learning the new venue for teams and drivers.

As one of four races held under the floodlights this year, Qatar's track temperature evolution between sessions and in the race itself on Sunday would normally render the running in FP1 and FP3 less relevant.

But the absolute beginners' status for teams and drivers this weekend implied that everyone was eager to accumulate as much mileage as possible in the opening session to get acquainted with Losail's real-life characteristics.

Championship leader Max Verstappen was even inclined to do a rare track walk on Thursday to get a feel for the 5.3 km layout.

In the Ferrari camp, Scuderia boss Mattia Binotto returned to the Italian outfit's pitwall after remaining in Maranello for F1's races on the American and South American continents.

As a reminder, Pirelli has chosen its three hardest compounds for this weekend, as Losail's track surface has been estimated to be quite abrasive by F1's tyre supplier.

Alfa's Kimi Raikkonen was the first driver to venture out on a track, followed by McLaren's Daniel Ricciardo who immediately radioed in to tell his team, "This is fun!".

Rotations at the top of the time sheet were fast and furious in the opening minutes of running as the entire field settled in. 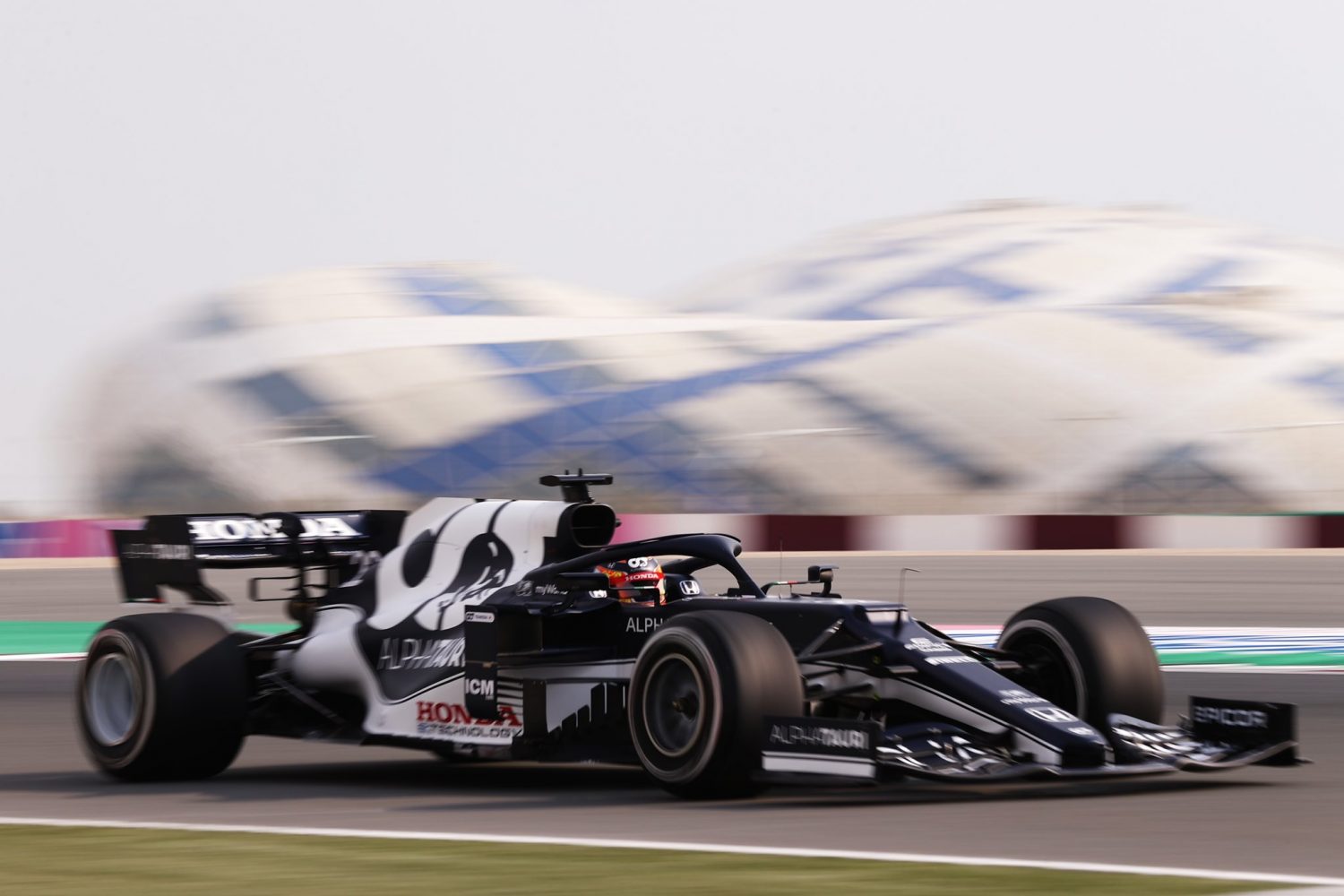 Fifteen minutes in, Verstappen was top with a benchmark set at 1m24.998s. The Red Bull driver was followed by Lando Norris, Valtteri Bottas, Lewis Hamilton and Pierre Gasly, with the top five covered by 0.621s.

But drivers remained in discovery mode for the most part, exploring track limits and grip levels. Verstappen - still lapping on the hard tyre - nevertheless lowered the benchmark by a few tenths before a lull in the running set in as everyone took stock of the first 20 minutes of action.

Among the midfield runners, several drivers tried out the soft tyres with slight improvements, but Max continued to set the pace, pushing his fastest time into the 1m23s.

Bottas and Hamilton followed suit about half a second behind, while AlphaTauri's Yuki Tsunoda clocked in fourth, just a tenth off Hamilton, with Charles Leclerc sat in fifth.

A bumpy ride over the kerbs on the exit of Turn 15 forced Norris to retreat to the pits as the off-track excursion activated the car's emergency switch, which cut off the drive. 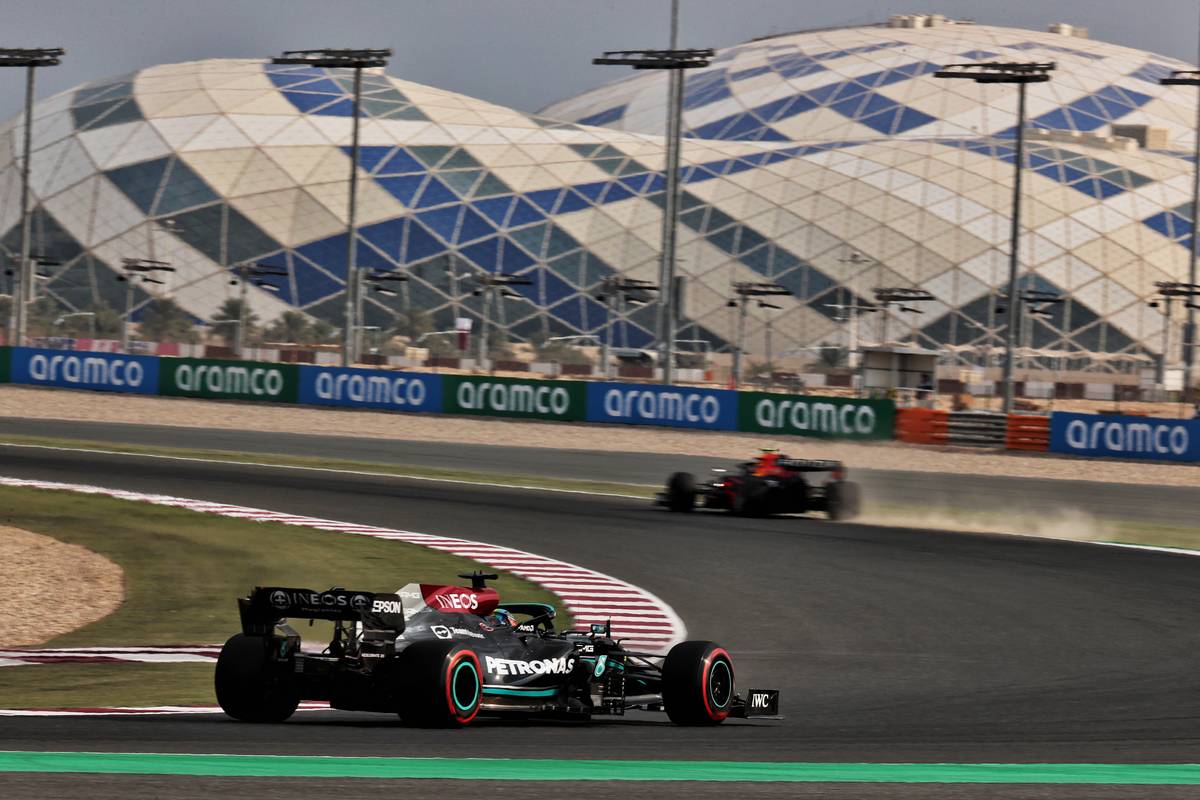 Hamilton also ran wide at the same corner, the Mercedes scraping the kerbs and appearing to shed some bits, either from the W12's floor or from its front wing.

On the following lap the Briton headed back to the pits for a thorough check by his crews.

Meanwhile, Sebastian Vettel was heard complaining about "something loose near my boot"! Not a reassuring problem to have, to say the least.

In the closing minutes of the session, Verstappen remained in control, but Gasly slotted into the runner-up spot, 0.437s adrift.

A late off into the gravel at Turn 7 by Haas' Mick Schumacher triggered a brief yellow flag, but the first learning session of the day otherwise concluded with no further changes among the leaders.

Gasly topped the lap count in the opening session with 28 laps while Aston Martin's Lance Stroll only managed 11 laps, the Canadian's morning hampered by a brake issue.