The twilight conditions in Qatar proved to be to the benefit of Mercedes and to Valtteri Bottas in particular, with the Finn topping the times in second practice by two tenths from AlphaTauri driver Pierre Gasly.

Max Verstappen was able to pip Lewis Hamilton to fourth place ahead of McLaren's Lando Norris as everyone worked diligently to get to grips with Formula 1's newest circuit.

Although there were no significant issues, drivers struggled to stay within track limits and complained of traffic, while Red Bull once again seemed to have issues with the rear wings of both their cars requiring running repairs.

After Max Verstappen's dominance of first practice at Qatar ahead of Pierre Gasly and Mercedes duo Valtteri Bottas and Lewis Hamilton, all the drivers faced very different conditions for FP2 as the sun set over Losail International Circuit, the track cooling significantly as the floodlights came on, making it much closer to what thy would encounter in qualifying and Sunday's race. That meant there was a premium for getting out and getting a feel for F1's newest venue as soon as the lights went green at the end of pit lane. 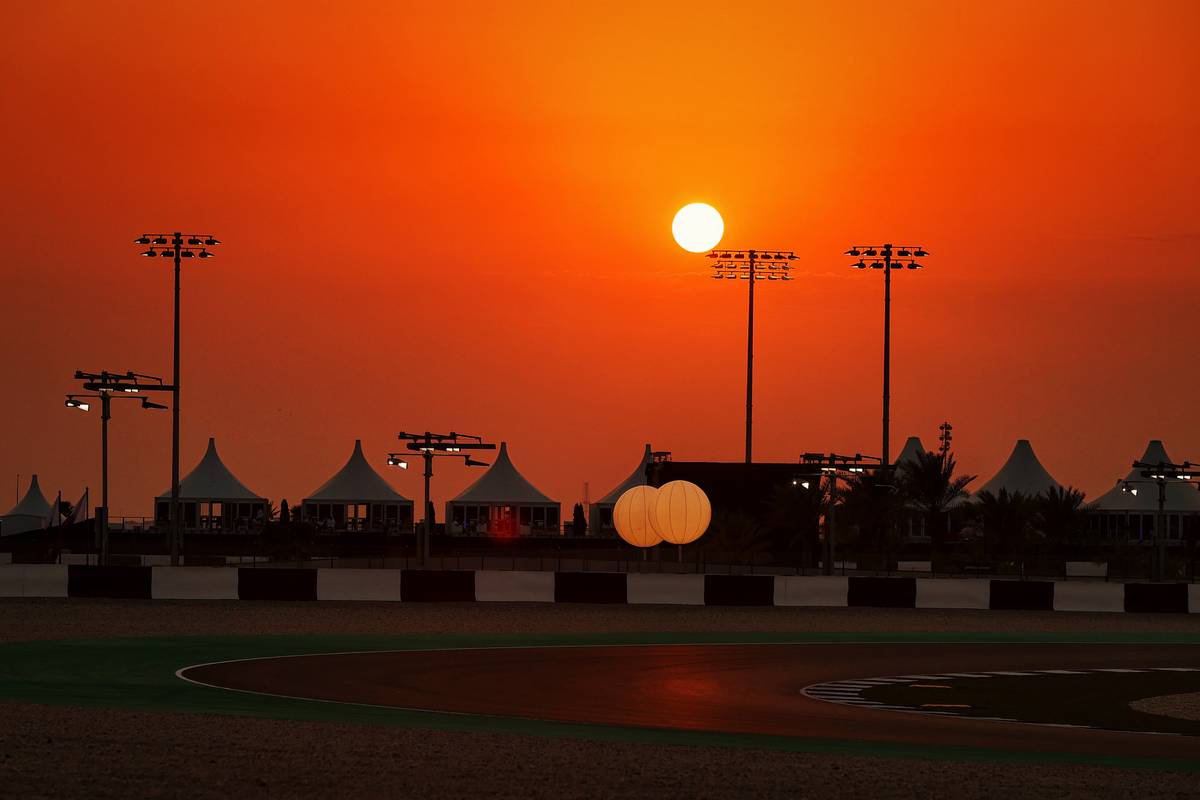 A brace of Finns were first in action with Bottas on a set of medium tyres following Kimi Raikkonen out onto the track, and most of the other drivers soon following their lead with the exception of Nikita Mazepin, whose chassis was being replaced by the Haas pit crew after suffering floor damage during the earlier session, forcing the Russian to sit things out.

Bottas' early lap was rather scrappy and saw him go off twice but he eventually went top before being immediately pushed aside by Verstappen posting a time of 1:24.285s. Slower than the FP1 times it was no surprise that this was soon beaten by AlphaTauri's Yuki Tsunoda, but the Red Bull was soon stretching its legs with a time of 1:23.743s to go nearly half a second clear of the rest of the field.

Hamilton responded by shaving a further 0.139s off Verstappen's time, and Bottas then improved by a similar margin time to go top clocking in with a lap of 1:23.324s leaving Verstappen third ahead of Perez who was back into the pits after requesting a new helmet with a completely clear visor to cope with the twilight visibility. 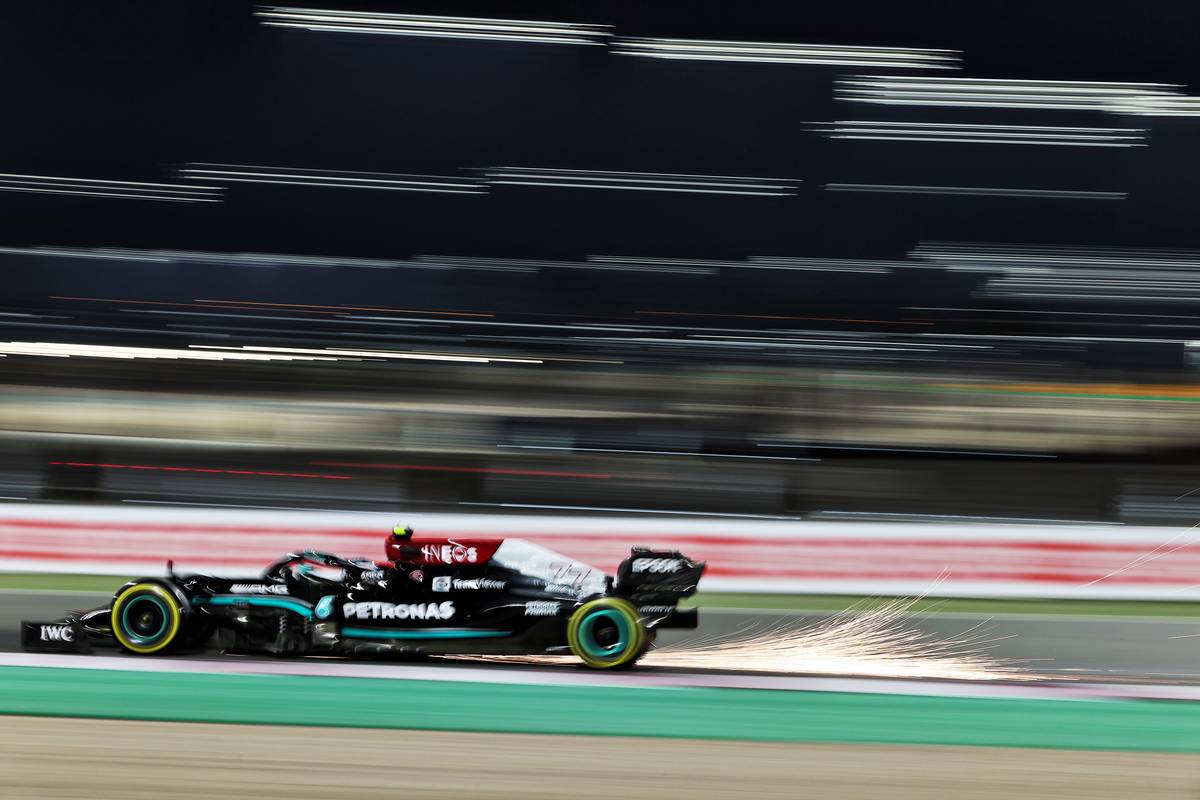 The Mercedes cars were among the first to move on to the soft compound tyres for qualifying runs with Bottas extending his margin over Hamilton at the top only for his latest lap time to be deleted for exceeding track limits at turn 7. A further effort secured the session honours with as time of 1:23.148s keeping him two tenths quicker than Gasly. Lando Norris and Lance Stroll took advantage of the red-walled tyres to go into third and fourth respectively ahead of Tsunoda, while the Red Bulls were yet to come back out on fresh tyres as the pit crew checked over Verstappen's rear wing and made repairs before getting him back out.

Traffic thwarted Perez' next run, and it took two runs by Verstappen a few minutes later to put him ahead of Hamilton for third. Traffic was also proving quite an issue elsewhere, with Ferrari's Carlos Sainz running wide onto the dusty run-off trying to pass an AlphaTauri and Aston Martin's Sebastian Vettel inadvertently baulked twice, once by a Red Bull and then by a Mercedes. 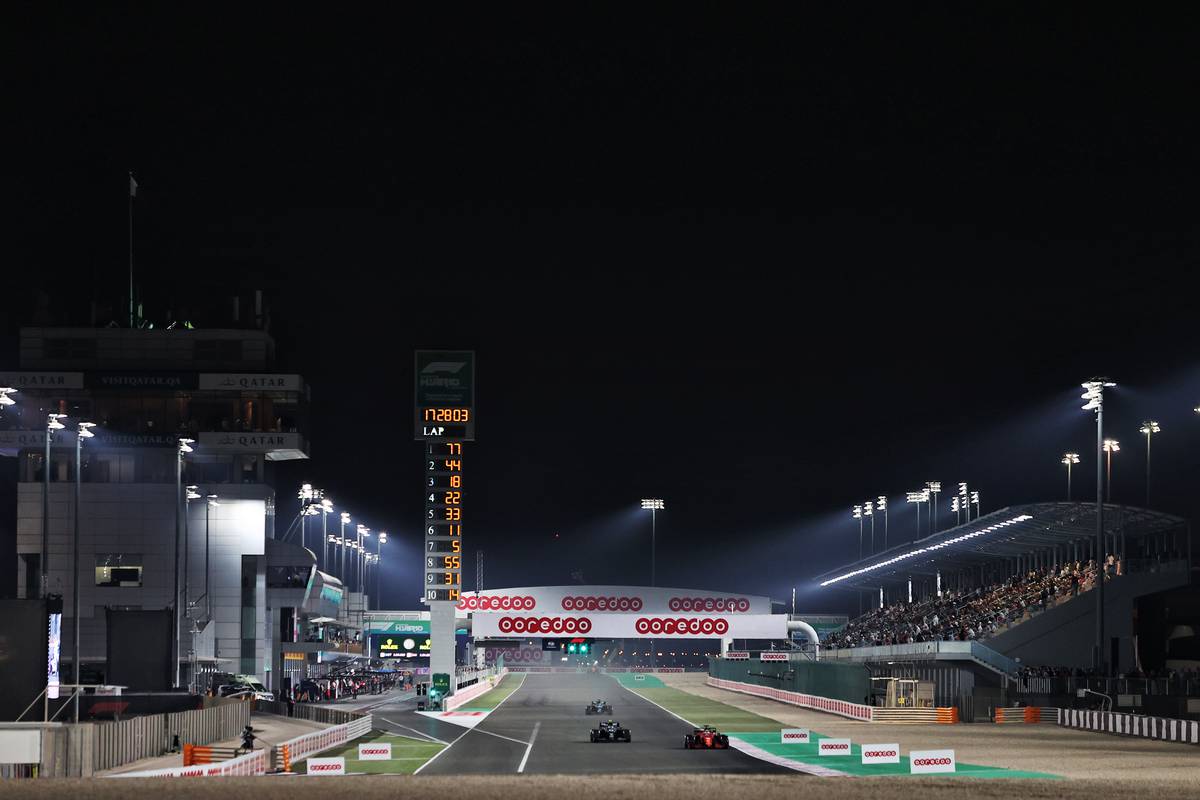 With a little over 15 minutes to run in the hour-long session, Mercedes ended their soft runs and returned to the medium compound for longer runs, and Gasly similarly switching to the hard compound. It meant there were no further changes of position at the top, with Norris finishing fifth for McLaren ahead of Stroll, Tsunoda, Perez, Vettel and Sainz rounding out the top ten.

The Alpines of Esteban Ocon and Fernando Alonso were next up followed by Charles Leclerc who had a scare during the final minutes when the Ferrari strayed out onto the grass and got sucked wide at turn 10. Daniel Ricciardo finished 14th fastest ahead of Raikkonen, with George Russell, Antonio Giovinazzi, Nicholas Latifi and Mick Schumacher rounding out the timesheets in Mazepin's absence.

Red Bull not holding back - threatens to protest Mercedes car!