Christian Horner says Red Bull will not hold back and will protest Mercedes if what it spotted on the rear wing of the Brackley squad's car in Brazil is seen again in Qatar or in the final two races of the 2021 season.

Horner has emphasized on multiple occasions in recent races the significant increase in straight-line speed enjoyed by Mercedes' car.

But the W12's top velocity in Brazil was especially impressive and put to good use by race winner Lewis Hamilton.

"Would I protest?" said Horner in Qatar on Friday. "Yeah, absolutely. If we believe the car is not in compliance, we will protest.

"The straight-line speeds that we've seen in Mexico and in Brazil, I mean, I think everybody could see Brazil was not a normal situation.

"And yes, a new engine we know with Mercedes comes with increased performance. But when you have a 27 kilometre [per hour] difference, and you see marks on rear end plates that have been marking up from wings that have been flexing…

"It's very clear to us what has been going on. So, of course, that's why I refer it's down to the FIA to make sure that the cars are in compliance.

"If they're not, you protest if you believe that a competitor isn't complying with the rules." 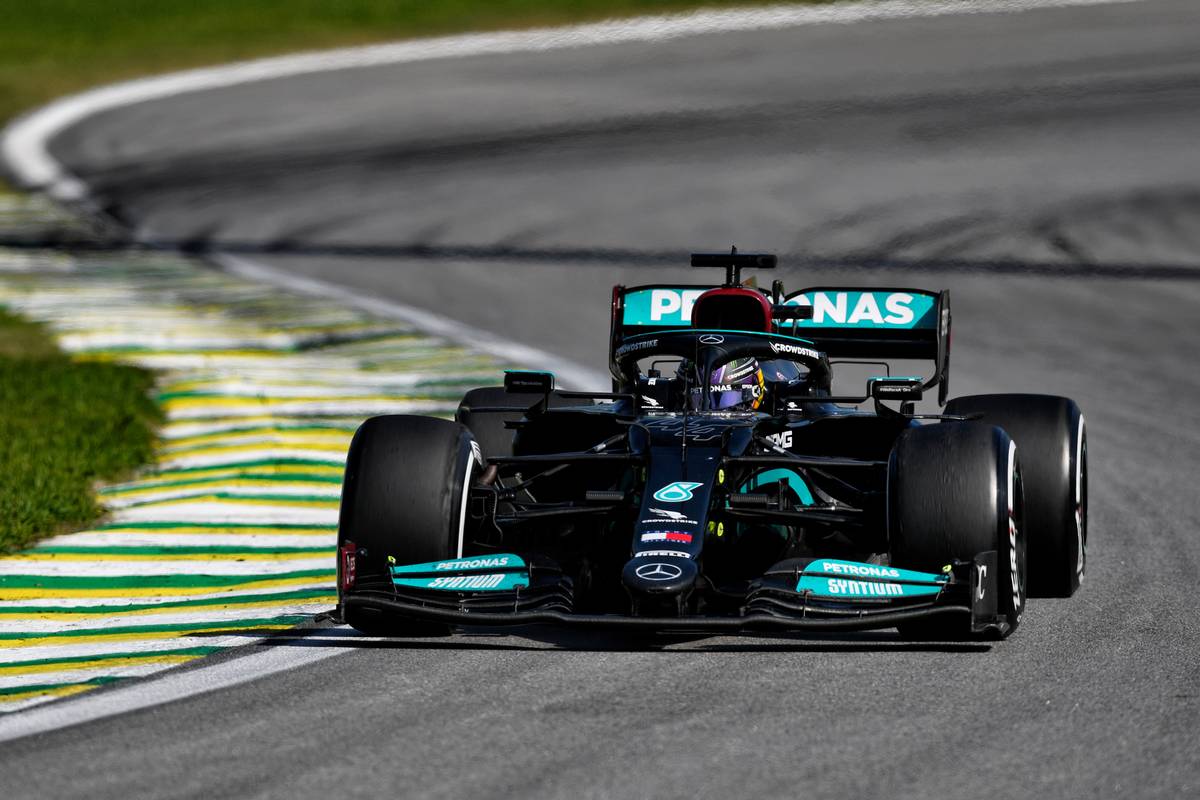 Horner said that Mercedes' car will once again be under close scrutiny this weekend at Losail by Red Bull's engineers, but also in Jeddah and in Abu Dhabi, saying that the issue it has identified is "hidden in the way it operates and harder to spot from a camera".

"If we see it on the car here, it will be protested," he later told Sky F1.

"We'll follow the situation. It will depend on really what happens this weekend.

"It's not just applied to here, because I think in many respects it's even more pertinent to the two circuits that are coming up.

"I'm sure Mercedes [have] paid a huge amount of attention to our car through the season, and we are obviously doing the same. And obviously, it's high stakes, there's an awful lot to play for. And as I said, we just want to make sure it's an equal playing field."

Sitting alongside Horner in Friday's presser, Wolff said that he was unfazed by Red Bull's threat of a protest, feeling that Mercedes' car is fully compliant.

"I think I've always said that," said the Austrian. "That is how you fight, you're trying to avoid that a competitor has an advantage.

"If you're led by skepticism, because someone told you something, and you expect that to be the root cause, you should go for it.

"I think we've been controlled 14 times on this very particular wing, the FIA has all drawings about it. There is no such thing as Red Bull expects there to be.

"So we are happy to send it, cut it, we can send you one to Milton Keynes." 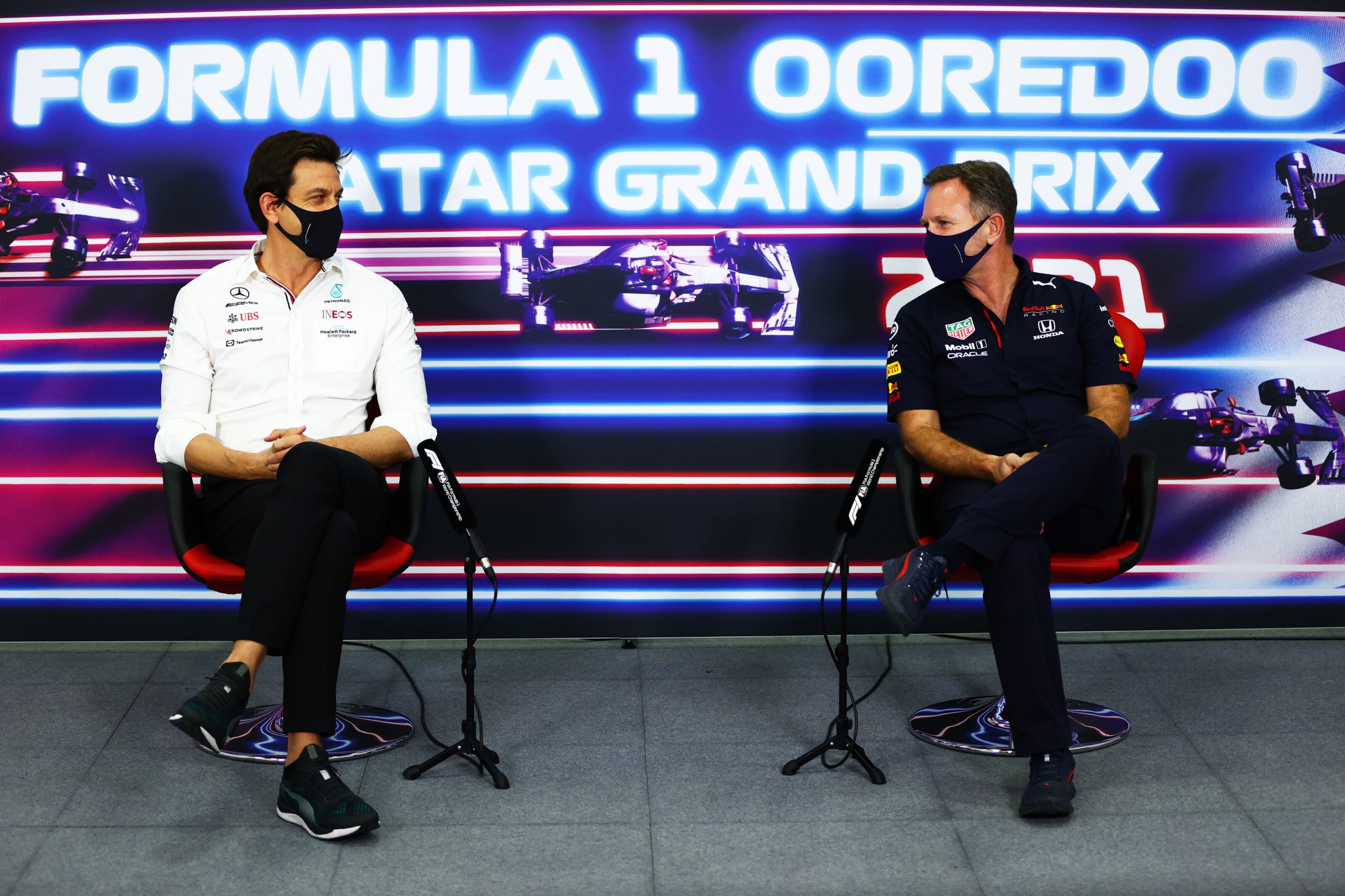 Horner then threw a bit of fuel on the fire, directly asking Wolff: "So how do you explain the score marks on the rear wing endplate?"

"I think it's within what is allowed," Wolff replied. "And, therefore, that's okay."

"I think that nobody would show up at the track with an illegal engine or an illegal rear wing," added the Austrian.

"The world is too transparent for that. And you would be mad if you take decisions in a team with such a high visibility that are illegal, 100%."

Horner concluded by saying that he would rely on the FIA to ensure that all cars are compliant.

"And we just want to ensure that going into these last few races, that these cars are being scrupulously policed and are in full compliance, because there's too much at stake."