It was especially sweet for the reigning world champion after he admitted struggling to find the right set-up on Friday when he reported that "I'm definitely not close", when he was also suffering from a stomach upset.

"Yesterday was a really difficult day for me, actually," Hamilton told former F1 driver David Coulthard in parc ferme after the end of the floodlit session.

"Thursday and Friday I wasn't feeling too well, so I really struggled throughout practice," he revealed. "I had a bit of a stomach ache from Wednesday.

"I was just off yesterday, so I really had to dig deep. But I felt fantastic today," he continued. "I slept well last night so that makes a big difference.

“This track is amazing to drive - incredibly fast on medium and high-speed corners - but it felt good.”

Despite feeling under the weather last night, Hamilton said he had stayed late in the paddock to work on the set-up problems with the Mercedes.

"I was here until midnight last night, working with the engineers, who also always work so late," he said. "They're such hard workers. 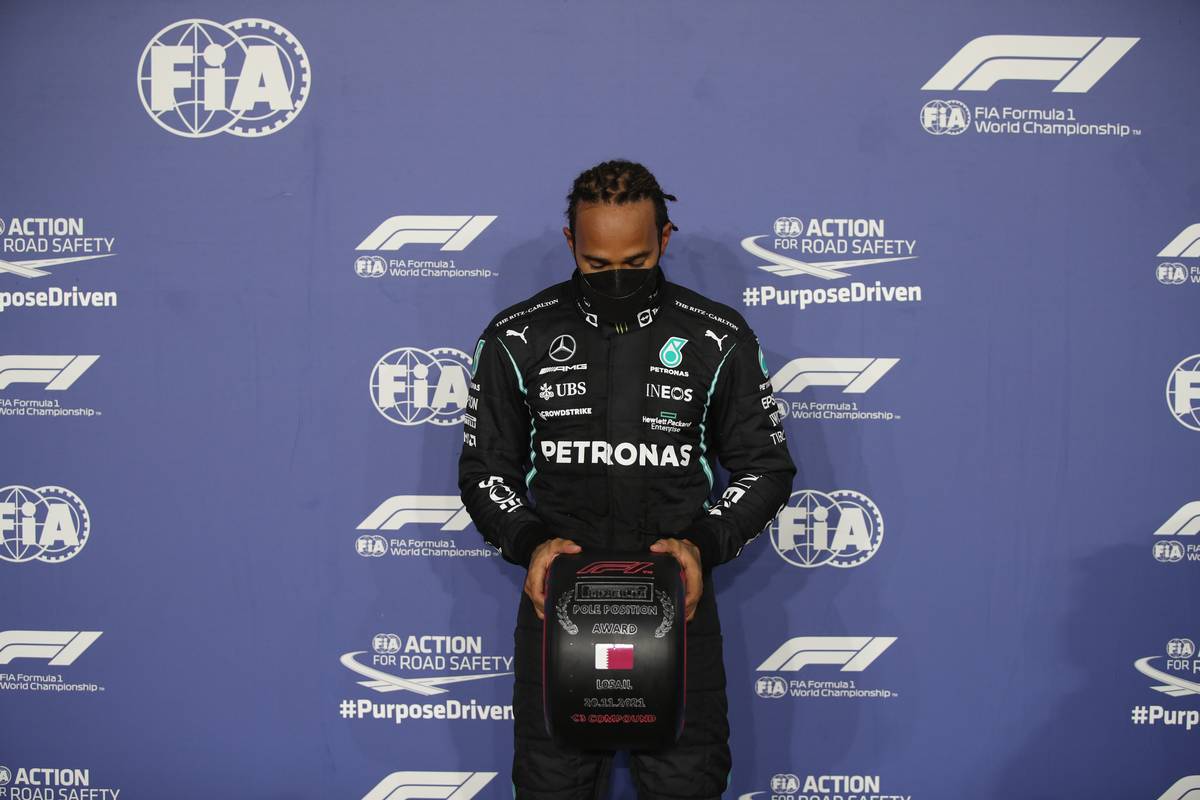 "We found a lot of areas which I could improve in," he reported. "We made a lot of changes for P3 and it seemed to work. Then, of course, you've got to carry that through to qualifying."

It had proved tricky in qualifying to find clear space on track to make a run without running into traffic, and Hamilton praised the Mercedes pit wall for perfect strategy.

"I'm so grateful for the timings they put us out on track," he said. "We didn't have any traffic, then that last lap was beautiful. It was a really sweet lap."

Already ahead after his first run in Q3, Hamilton extended his margin over his Red Bull rival to 0.455s with his last flying lap of the session which clocked in at 1:20.827s.

With just three races remaining in the 2021 world championship, Verstappen has a 14 point advantage in the drivers championship making the outcome of this weekend's race potentially decisive in terms of the title battle.

Hamilton too quick for Verstappen in Qatar qualifying