Mercedes' Lewis Hamilton rocketed to victory in the inaugural Qatar Grand Prix under the floodlights of Losail International Circuit, after a perfect launch from the grid led to a lights-to-flag victory over Max Verstappen.

With his Red Bull rival demoted to seventh on the grid due to a grid penalty for yellow flag infringements in qualifying, Hamilton had more than enough time to pull out an insurmountable lead that lasted the whole of 57-lap race.

In fact he admitted afterwards that he'd seen little of the action in Sunday's race, the result of which brings him to within eight points of Verstappen in the drivers standings with just two races remaining in the 2021 season.

"I can't wait to watch the replay of the race to see what happened behind me," he told former F1 champion Jenson Button in parc ferme after the end of the race."

It meant he missed the late race drama of multiple drivers including his own team mate Valtteri Bottas suffering costly punctures on overextended worn sets of tyres.

"I'm not really sure why people's tyres were going, I'm sure it's the kerbs," he suggested, happy to be spared any such problems after his team opted for a two-stop strategy. "A real solid job from the team with pit-stops and the car.

"It was pretty straightforward, it was pretty lonely at the front," he admitted. "Of course I enjoy those races where you're battling through, but we needed those points today.

"I'm really grateful for the points," he declared. "It's been a hell of a year. To be at this point in the season and have back-to-back wins is a great, great feeling and puts us in good stead for the next two.

After his sensational recovery from multiple penalties and potential diaster in Brazil to claim a famous victory, Hamilton certainly looks to be on a roll at the moment and have the upper hand on Verstappen. 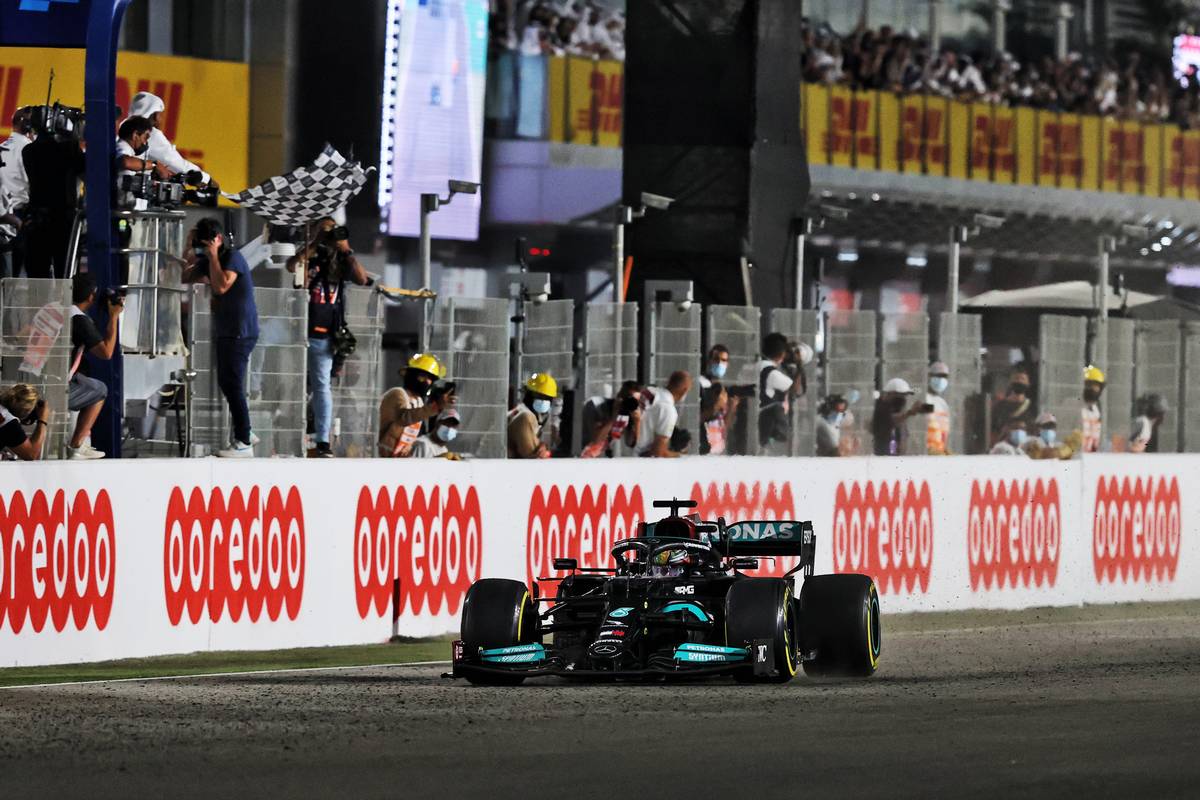 "I'm feeling good," he said. "I'm really, really happy with the car and I feel fitter than I've ever felt, so that's a positive.

Hamilton also lauded the contribution of his personal trainer Angela Cullen in his recent renaissance after a troubled mid-season spell.

"Big thanks to Angela," he said. "She's helping me train and keeping me on my toes. [My] recovery has been great, so bring on the next two!

“We'd deemed [Qatar] as a bit of an Achilles heel,” he added. “The next ones, definitely Saudi, should play to our advantage.

"But maybe I’ll eat my words in Saudi - that we think it’s good and then suddenly it’s going the other way around. And we've seen that happen this year, because Brazil should have been a Red Bull track.”

Alonso returns to the podium: 'Seven years and finally we got it'