Ross Brawn followed the lead of F1's fans and named Fernando Alonso his driver of the day in Qatar, hailing the performance of a man that is clearly "still in love with F1".

A spirited drive coupled with flawless execution by the Alpine team delivered to Alonso his 98th career podium in F1, but his first since Hungary in 2014 when he was racing with Ferrari.

The Spaniard was overjoyed with his evening at Losail and so was his team which also rejoiced in the P5 performance of his teammate Esteban Ocon. 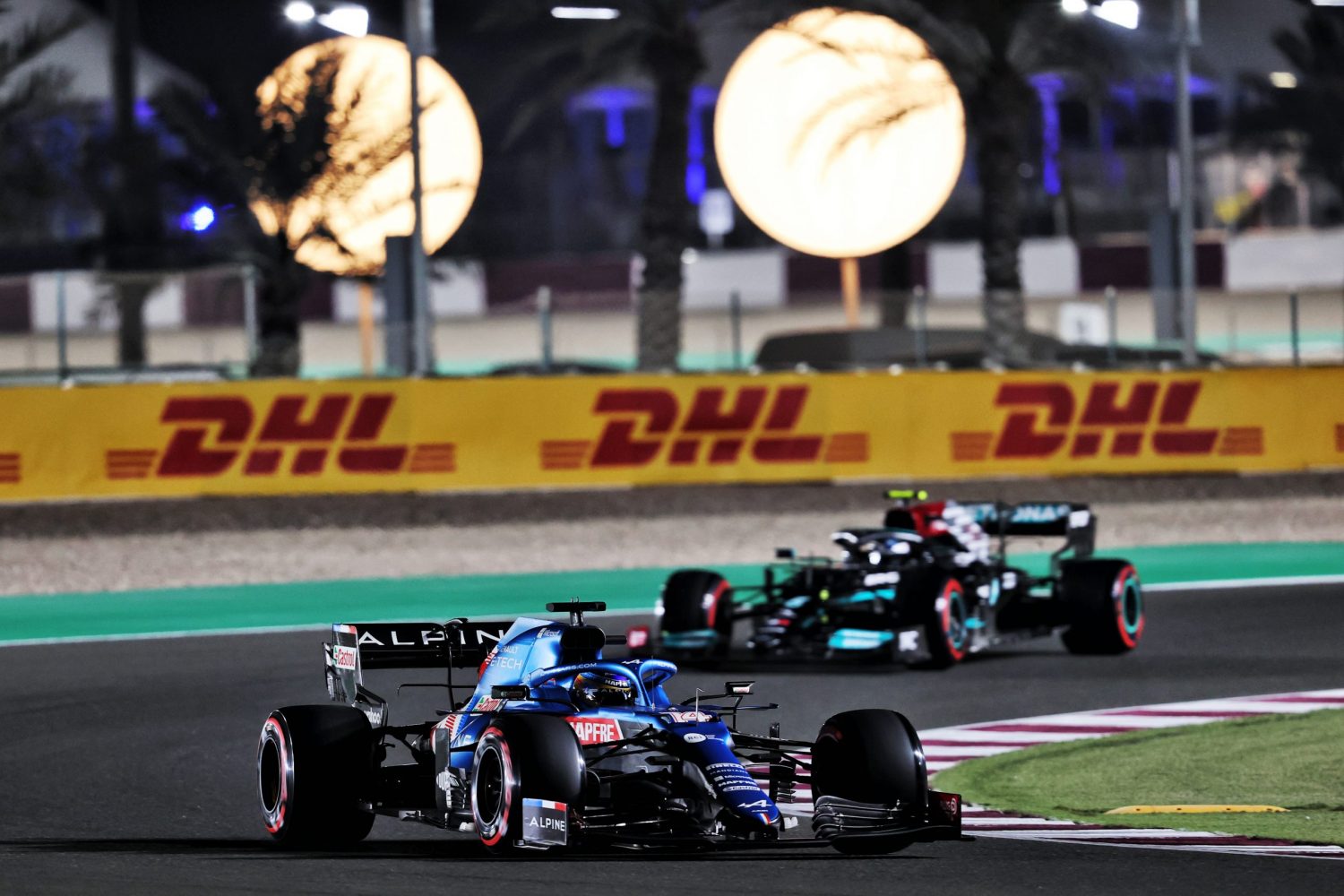 "Fernando is my driver of the weekend," said Brawn in his post-race debrief for F1.com. "Like Lewis, he dialed into the track very quickly and got the car working well.

"That Alpine looked good all weekend. He’s just enjoying himself so much. He’s in his element.

"I’m a big fan of Fernando and I’ve always felt frustrated he only won two world championships for someone of his talent.

"He’s easily my driver of the day. He’s a man who is still in love with F1 and it shows."

At 40, Alonso will become F1's most senior driver on the grid next season. The 32-time Grand Prix winner is contracted to Alpine until the end of 2022, but Brawn hopes the sport's veteran will hang around for a while.

"He’s hugely talented," added the F1 chief. "Maybe the perspective he’s got now, after some time away from the sport, might be helping.

"Will it entice him to stay around for a while longer? Who knows?

"I think we all want Fernando around for a while. He’s driving very well. He deserves to be there, there’s no question about that. It’s great for the sport, great for the fans, great for everyone."