The closing stages of the Qatar Grand Prix were marked by the front-left tyre failures that impacted the races of Valtteri Bottas, Lando Norris and both Williams drivers.

It was believed at the time of the successive punctures that Losail's high-energy kerbs were taking their toll on the Pirelli tyres of those who had opted for an extended stint as part of their one-stop strategy.

Both Alpine drivers had chosen such a plan, and the strategy had served them well, with Alonso and teammate Esteban Ocon running third and fifth in the race's closing stages.

But as the final laps approached, and with Red Bull's Sergio Perez pulling out the stops to catch Alonso, tensions grew on the Alpine pitwall.

Fortunately, the Enstone squad was spared any last-minute drama.

"Everybody really worked hard to make that tyre last until the last few laps, so yeah, it was stressful," Budkowski said.

"We knew if we stopped we wouldn't get anything. We managed these tyres quite early, but also we understood that avoiding the kerbs was key and we instructed our drivers to do that.

"On the last lap I saw all the mechanics jumping on the grid, I was like 'no, no, no, there is a few more corners left'. Honestly it was a question of a few corners whether we would make it or not." 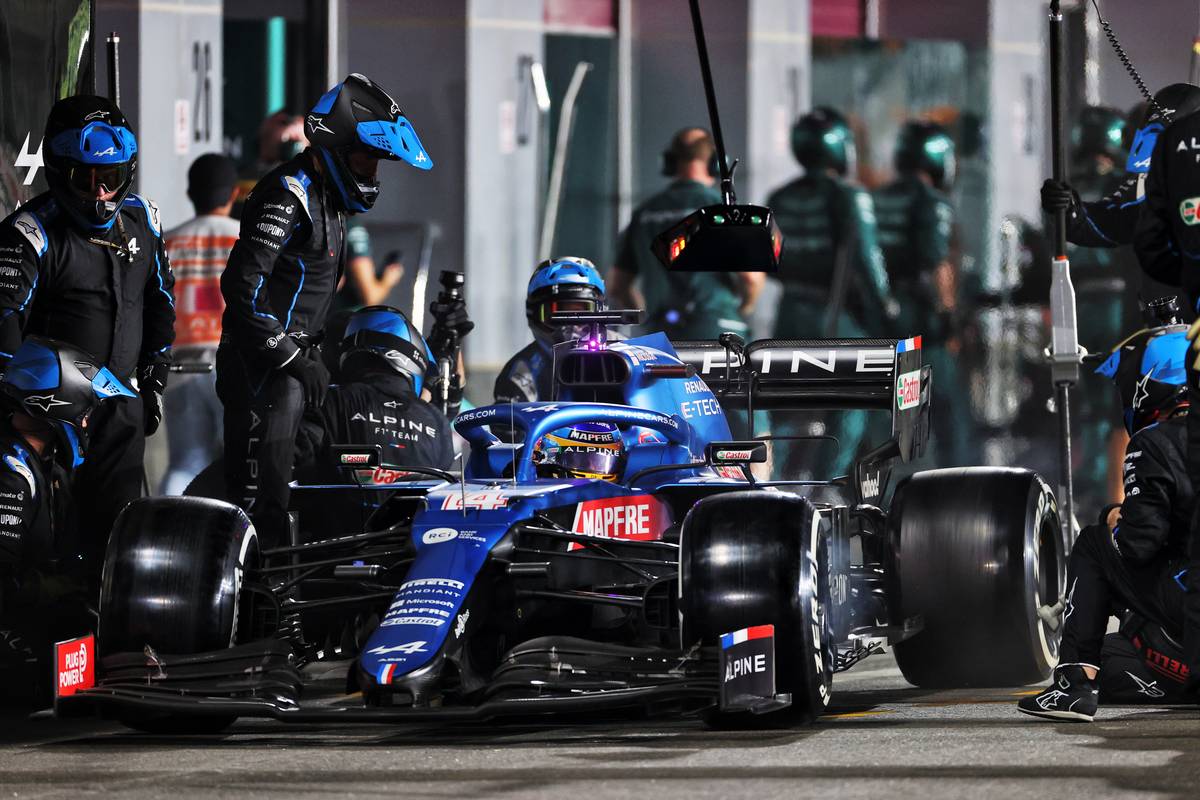 Budkowski insisted his fears during the race's finale were with his team losing a great result, it's best since Hungary last summer, rather than with any safety concerns potentially related to a tyre failure.

"Look, there was no safety concern," he said. "If you puncture the front tyre, you just lose the front end and you slide," he explained.

"The rear tyre is a bit different because if you lose a rear tyre, you might spin and go off track.

"We were confident we're not putting anyone at risk there but obviously, we're putting our race and our points at risk."

Alonso, F1's 'Driver of the Day' in Qatar, reckoned that he actually had some margin in hand to up the pace at the end if necessary.

"I don't know, I don't think it was too bad for us," said the Spaniard who returned to the podium for the first time since Hungray in 2014.

"It seems that our car is kind on tyres. We did a one-stop also in Brazil last week and I think we had some margin to keep pushing a little bit more, but you never know."

Norris says P4 'got taken away' from McLaren in Qatar