George Russell reckoned that a one-stop "audacious strategy" played a part in the tyre issues that hit both Williams drivers in Qatar last weekend.

Russell and Latifi both suffered punctures in the closing stages of the race at Losail, just one lap from each other. While the Briton was able to pit and cross the chequered flag, his teammate's delaminated tyre forced him to park his car out on the track.

Pirelli is investigating the failures which also impacted the races of Valtteri Bottas and Lando Norris, and F1's tyre supplier believes that Losail's high-energy kerbs triggered the ruptures.

But Russell said that, in hindsight, his extended stint on the hard tyre likely made him vulnerable to a tyre issue. 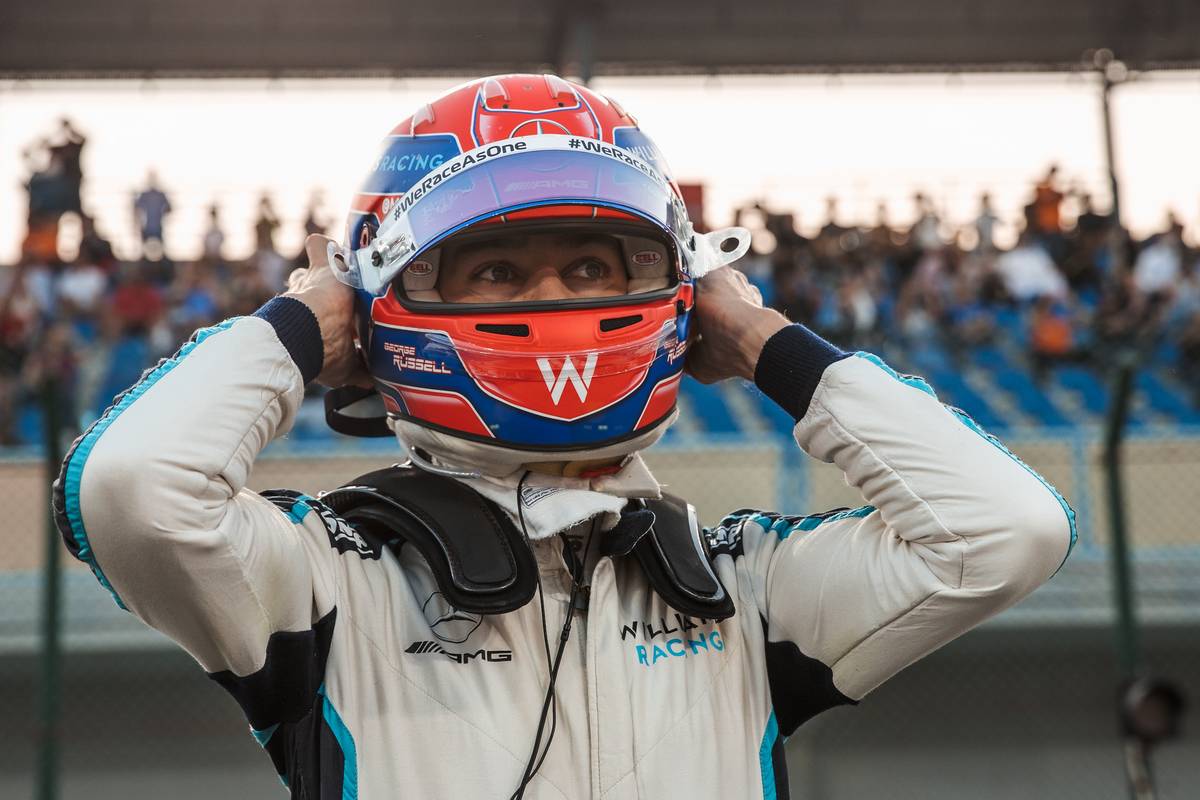 "I guess you never want to end the race with three wheels on the wagon," said the future Mercedes driver. "But we went for quite an audacious strategy, trying to push that one-stop quite aggressively, pitting early.

"We knew early on that Alfa were going for the two-stop. If we converted to a two-stop we’d have conceded the position so that made no sense.

"We had to go for the one-stop but we just didn’t have enough speed today."

And speed has been at a premium at Williams lately, with the Grove-based outfit no longer enjoying the level of performance that carried the team into the points on several occasions last summer.

"We just didn’t have the pace this weekend," said Russell who concluded his evening in Qatar in seventeenth position.

"The corners you had to save to look after this [front-left] tyre were the corners leading onto the straights, and unfortunately our competitors were already right behind us leading into those corners, so if you save through there you may as well let them by.

"It was a tricky one, I think we just need to look at the overall aspect of why we weren’t on the pace this weekend when we maybe expected a little bit more.

"But at the end of the day, nothing gained, nothing lost versus Alfa who are our main rivals at the moment."