Former F1 world champion Damon Hill believes that the momentum is with Lewis Hamilton in his 2021 battle with Max Verstappen, but that the Briton is running of time and opportunities to pull off an eighth title.

Hamilton pulled off an impressive comeback drive for victory in Sao Paulo after being hit by multiple penalties, and then cruised to a dominant lights-to-flag win in Qatar to cut the points gap to Verstappen in the drivers standings.

He's now just eight points behind his rival with two races to do. On paper, two more back-to-back wins in Saudi Arabia and Abu Dhabi could see him win the title - but Hill reckons that will be very difficult to achieve.

"Lewis likes to be the hunter, doesn't he?" Hill said on the latest F1 Nation podcast that he co-hosts with Tom Clarkson and Natalie Pinkham. "So he's happy where he is, hunting.

"But he's got precious few opportunities now to make up the deficit," he warned, adding that a single slip by Hamilton could hand the title to Verstappen as early as the next race.

"We have got a statistical situation now where he could lose the championship to Max," Hill explained. "Max could win it in the next round at Saudi Arabia, if certain permutations take place."

If Hamilton finished lower than sixth or retired from the race, together with a a victory for his rival would mean the title is decided in favour of Verstappen.

But Hill is hoping that doesn't happen and that the championship will go right down to the wire. 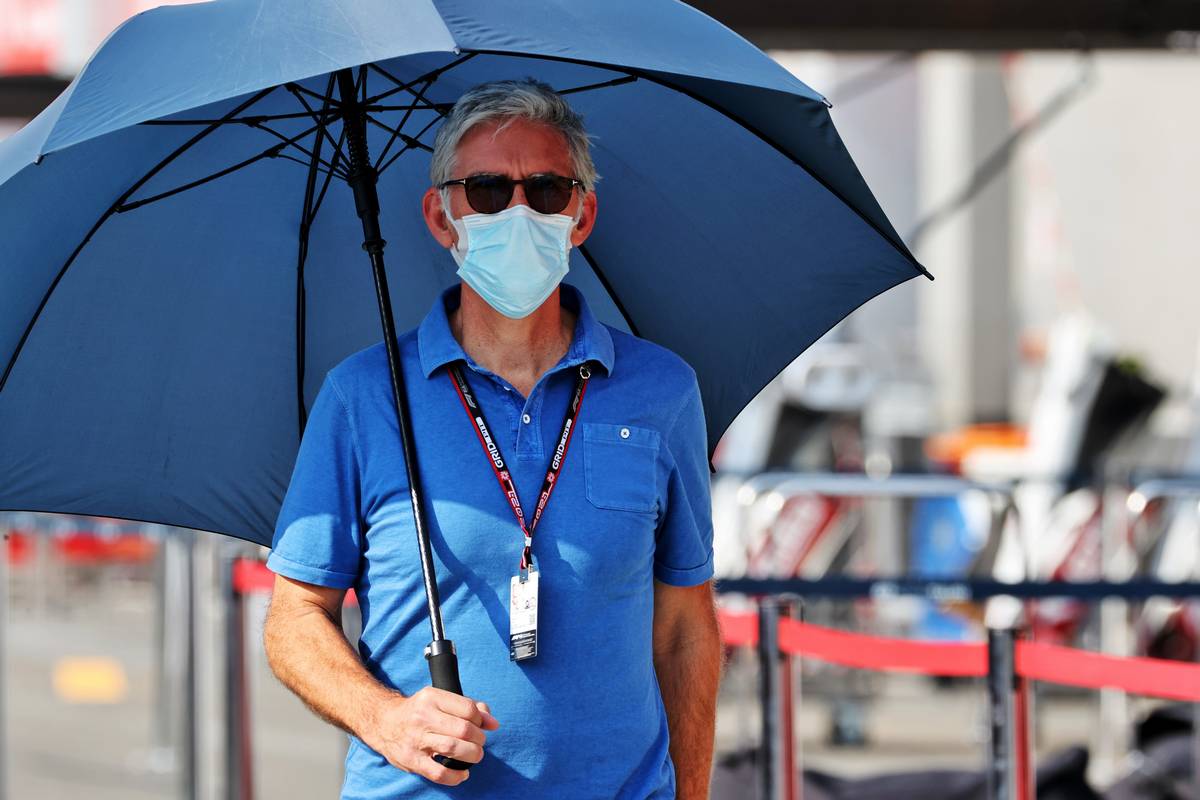 "When was the last time he came sixth?" Hill said, pointing out that Hamilton would be given his best, newest power unit fitted in the Mercedes for the final two races.

"The performance advantage was definitely there for Mercedes," he said. "You've got this new engine don't forget. Toto said they're going to put the 'spicy engine' in!

"It's the first time we've got all the way down to the last two races," he pointed out. "This is the first time you could actually say, 'If something happens to one of the protagonists, the other guy's going to be world champion.'

"Well no actually - it could only be Max [in the next race], it couldn't be Lewis because he's got the deficit."

Hill said that the focus on the title battle was the reason for somewhat subdued celebrations after the most recent race in Qatar.

"Hamilton won it, but he wasn’t leaping up and down. He was pretty cool about keeping his emotions in check, as was Max Verstappen," said Hill.

"I don’t think it’s a time for happiness yet, the tension is still too intense. It’s too palpable, and they are so close to the finish now. Nobody knows what’s going to happen."

Meanwhile Hill's co-host Clarkson made the case for Verstappen.

"If we’re praising Lewis Hamilton, we have to be equally gushing about Max Verstappen. His car wasn’t as good in Brazil or Qatar yet he maximized everything he had," he insisted.