Lewis Hamilton is worried that the new Jeddah Corniche Circuit in Saudi Arabia has a number of 'danger zones' that could prove to be a risk in this weekend's Grand Prix.

Hamilton himself was fastest in both of Friday's two free practice sessions, but was surprisingly unable to go quicker in FP2 after switching to soft tyres because of the amount of traffic he encountered.

He had a number of near-misses during the session, including a close call with Alfa Romeo's Antonio Giovinazzi, and was surprised by the speed with which he would suddenly close up on a cars head of him on a slow-down lap.

"It's definitely a lot worse than a lot of places we go to," he commented when talking with the media afterwards. ""It's Monaco-esque: the speed - the closing distance on other cars - is definitely getting to a bit of a danger zone.

But despite that concern, Hamilton had enjoyed his first taste of F1's newest venue. "It's rapid, unbelievably quick. It really is incredibly fast, and a lot of grip as well.

“What I noticed straightaway is that the grip is just very, very high, from the moment we went out,” he commented. “I don’t think we were much quicker in this session, we were pretty much the same.

"If you can get the rhythm it's beautiful to drive," he added.

Hamilton said he was "generally happy" with how things had gone on day one, although he admitted that his single lap pace was "not rapid" compared with his main rivals including Red Bull's Max Verstappen. 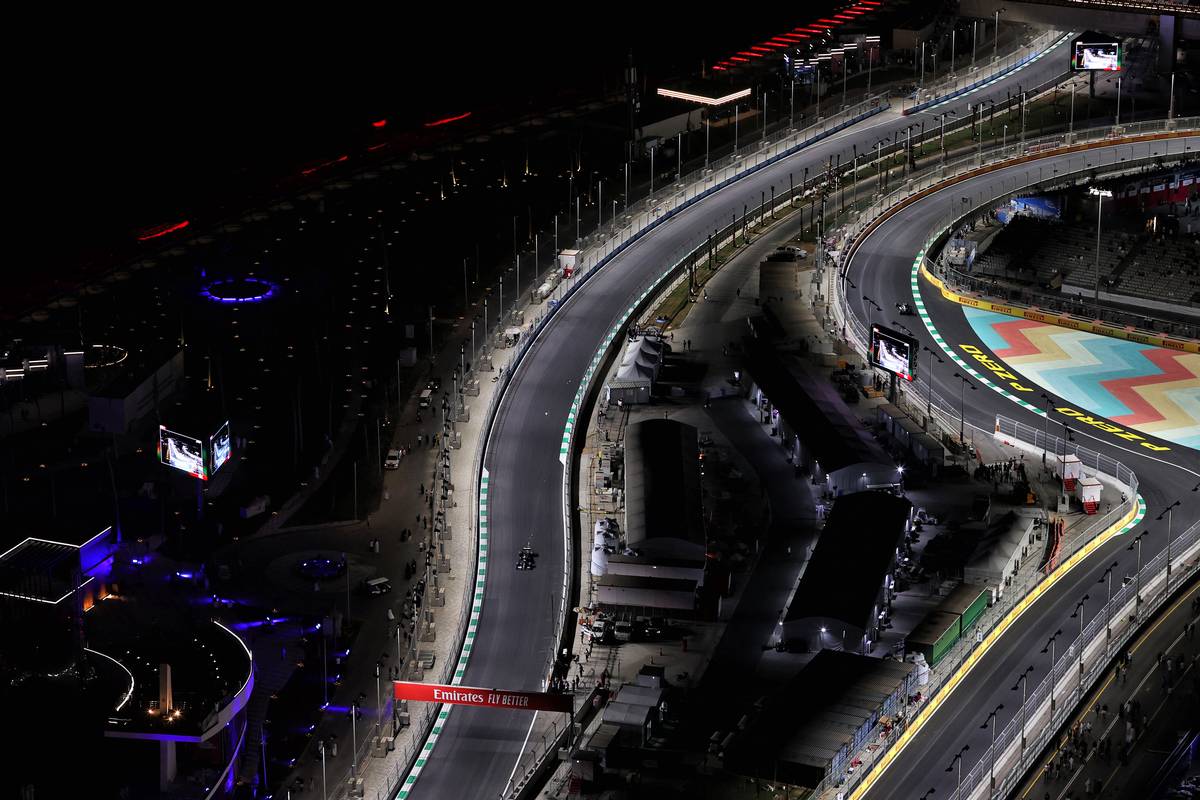 "Over a single lap they [Red Bull] are quite quick so we've got a bit of work to do," he said. “The medium and the hard tyre - you saw Max on the hard tyre at the beginning in FP1 and he was going quicker than on the softs.

“The soft tyre is probably a little bit too soft for the high-speed sections,” he pointed out. "It seems the tyre is giving up a little bit, but it’s still exciting trying to master the tyres.

"But my long-run pace was not too bad," he insisted. "We made some changes between sessions, I'm unsure which one I want to stay with.

"It's definitely not in a bad place," he said. “Our long run pace was kind of similar, but otherwise decent.

"We'll study through it tonight and work with the guys back at the factory to try and make sure we come up with the correct setup for tomorrow.