The brand new Jeddah Corniche Circuit street circuit is one of the fastest on this year's Formula 1 calendar behind Monza, while also being a street circuit with narrow straights and short run-offs.

That made it look like playing to the strengths of the current Mercedes W12, and Lewis Hamilton duly came top in both of the first practice sessions on Friday with Max Verstappen second quickest in FP1 and fourth in FP2.

But the Mercedes advantage over Verstappen was very small, leading Horner to hope that the Dutch driver will be able to hold his own this weekend as he seeks to close out his first world championship.

You could see there's a tenth or two between the two cars, between the drivers. On this type of circuit you can find that, and that's really encouraging for us," Horner stated.

"Qualifying is going to be crucial, like all street circuits, and then anything can happen in the race itself," he added.

"It's going to be a fascinating competition!" 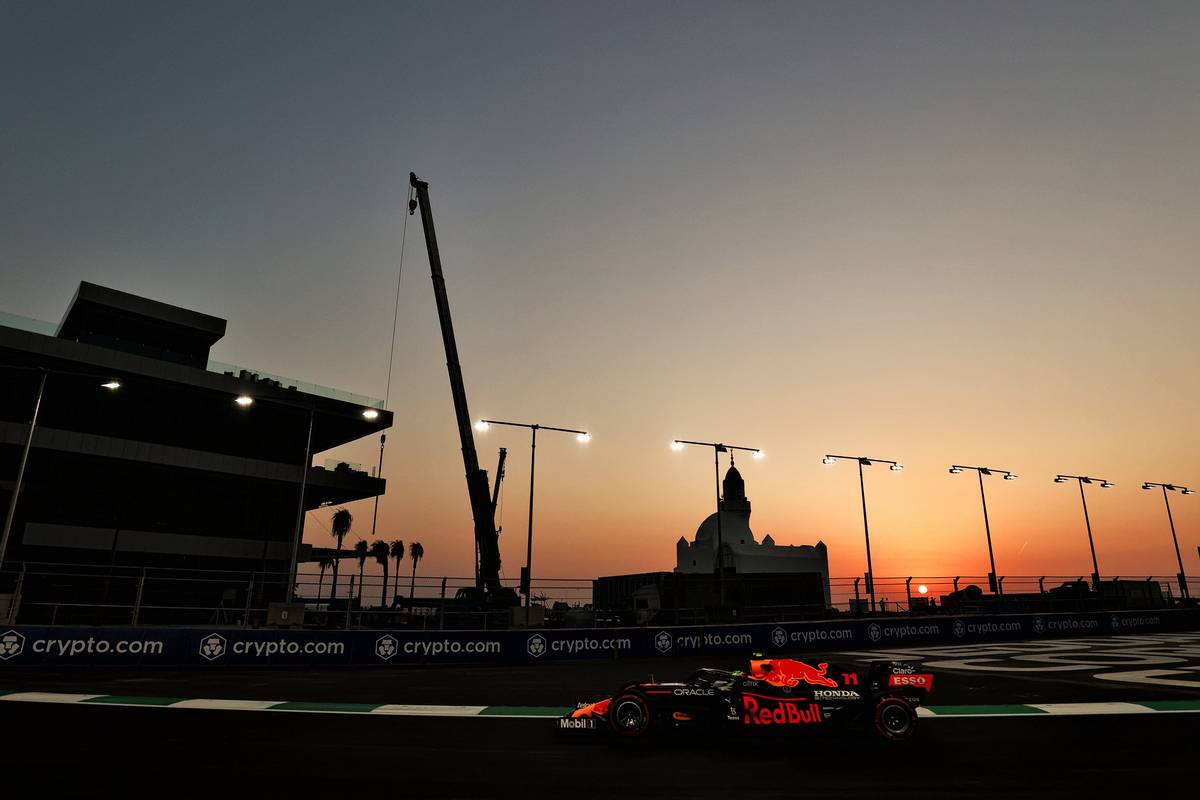 One of the surprised of the night time practice was the way that few drivers were able to get significant extra pace out of the soft compound compared with earlier runs on the medium tyres.

Both Mercede drivers set their quickest times on the more durable compound, in part due to hitting traffic on later runs. Verstappen was able to shave some time off his lap but only by a small amount.

"From listening to the comments I don't think that we were alone in that," Horner noted. "There were others struggling to get the car in the right window. But once you unlock that you can see there's a lot of performance there."

Whether it will change the way that the top teams approach the second round of qualifying tomorrow - when the compound chosen in Q2 will be the set of tyres used at the start of Sunday's race - remains to be seen.

"The soft was more of a diva to just switch on and to get the maximum out of," he acknowledged. "There will be a lot of analysis going into that, for outlaps and preparation and all of that kind of thing,