Lewis Hamilton said that he was proud of Mercedes' efforts in Saturday's qualifying session for the 2021 Saudi Arabian GP, which resulted in a front-row lock-out for him and team mate Valtteri Bottas.

Despite topping the practice times on Friday, Saturday proved to be a more fraught affair for the team with Max Verstappen quickest in FP3, Hamilton summoned to see the stewards between sessions, and a power unit change for Bottas.

Even once qualifying got underway, Hamilton was struggling for grip and only ninth fastest in Q1, although a late run in the second round saw him finish on top ahead of Verstappen and Sergio Perez.

His final run in Q3 put him into provisional pole with a best time of 1:27.511s, but Verstappen was on course to go much faster only to run wide at the final corner and crash into the wall leaving Hamilton with the top spot after all.

"We were real quick in practice, but for some reason FP3 and particularly qualifying we were lacking pace, struggling with the tyres," Hamilton told the media in parc ferme after the end of qualifying.

"We worked so hard through simulation, through setup," Hamilton continued. "So for us to get a 1-2 - I'm proud of Valtteri and the men and women in our team have just been working so hard. This is a great, great result.

"What a tough track this is," he added, referring to the just-completed Jeddah Corniche Circuit. "It's amazing what they've done here track-wise. The speed and the pace around here is is phenomenal."

Hamilton was particularly keen to praise his team mate, who is heading into his penultimate race with Mercedes before departing to Alfa Romeo in 2022. 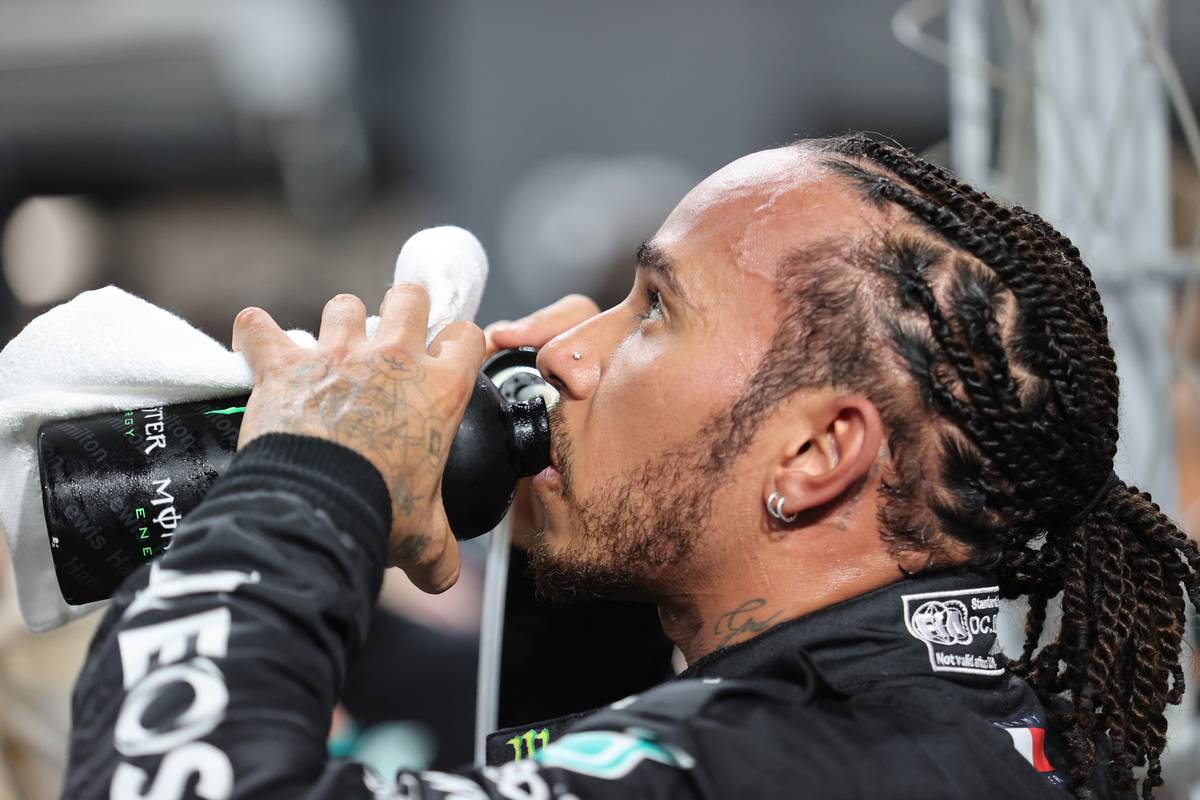 "Collaboration has been just epic with Valtteri," Hamilton stated. "He is the best teammate there's ever been in this sport, for sure. We've worked together to work on the setup, to get the car to where it needs to be."

This weekend's pole is potentially crucial, with just two races remaining in the 2021 world championship and Hamilton still eight points behind Verstappen in the drivers standings.

Hamilton can secure a record eighth title if he wins both of the remaining races of the current season, but a single slip could hand the spoils to Verstappen.

"Red Bull were just so fast," Hamilton said of his rivals' pace on Saturday. "My long run was good on Friday but Red Bull have obviously fixed something with the set up [they had] yesterday, and they're rapid today.

"That Red Bull around this track is is something else. But given where we are, I'm grateful with what we managed to pull out."

"We always get closer in race pace," Hamilton replied when asked about his prospects for Sunday. "I anticipate it will be a close battle tomorrow, but Valtteri and I will be on it."