Red Bull team boss Christian Horner defended Max Verstappen's maneuver to hand back the lead of the Saudi Arabian GP to Lewis Hamilton on lap 36 which resulted in a collision between the two drivers.

Verstappen had protected his lead against Hamilton a lap earlier by running off the track at Turn 1. He was subsequently ordered to give the position back which he proceeded to do on Jeddah's back straight.

But Hamilton, surprised by the Dutchman suddenly slowing rammed the back of the Red Bull, fortunately with little consequence for either driver.

Horner argued that it was "clear" that Verstappen was doing his best to give the place back to his rival.

"I think we feel hard done by with a five-second penalty and then the incident where Lewis has driven up the back of Max," Horber told Sky F1. "They'll go and explain in front of the stewards but Max was trying to give the place up.

"We informed Race Control we were going to give the place up. And he lifted off, and I think Lewis actually lifted off. 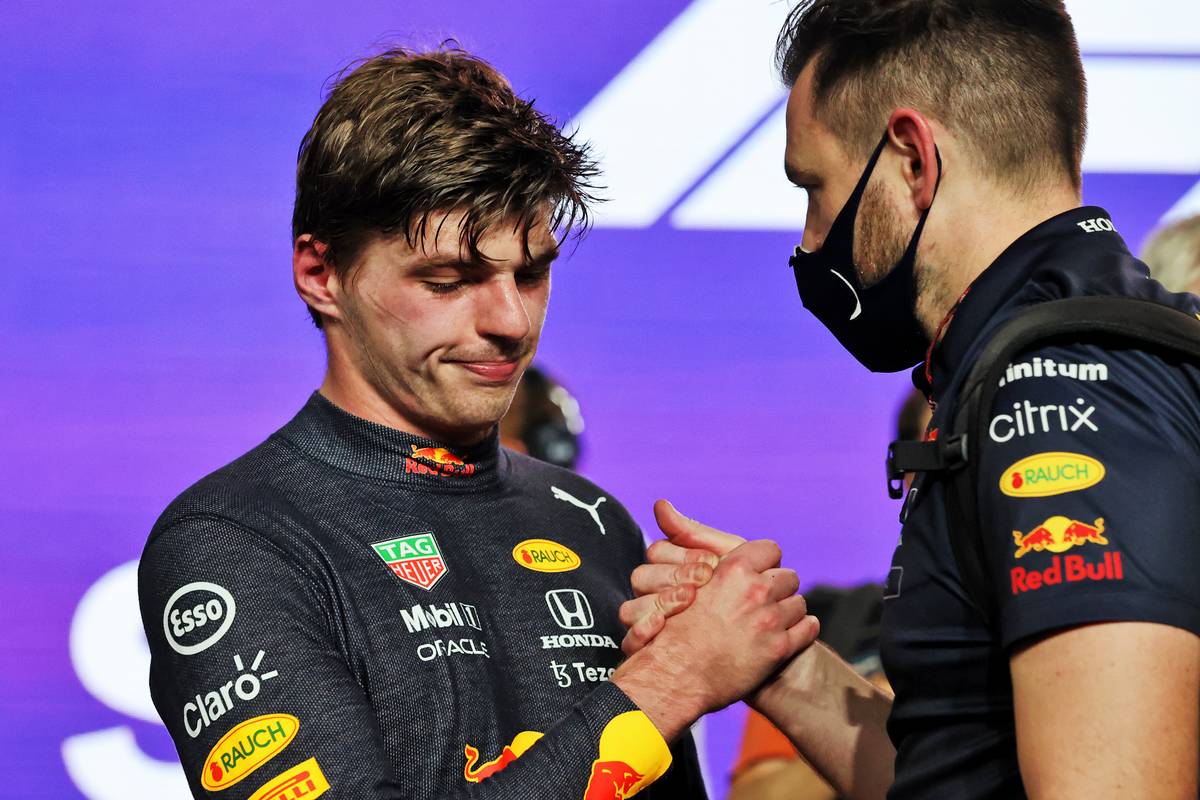 "I don't know whether he [Hamilton] was messing around for the DRS line there, but it was clear that we were giving the place up. We had informed Race Control that's what we were gonna do.

"There had been a debate about that. Michael [Masi, FIA Race Director] was adamant that 'you have a choice or it is going to the stewards', at which point, you know it's gonna be a penalty. So we said 'OK, we'll give the place up and we informed Race Control."

Horner suggested that Hamilton had perhaps interpreted Verstappen slow-down maneuver as a piece of gamesmanship related to the DRS line.

"It's weird because Lewis was slowing down behind him, it sounds like he's lifted off so it's like he didn't want to pass him there because of the DRS," Horner continued.

"We were trying to give the place up and Lewis then drives up the back of Max's car."

Although Hamilton front-wing endplate was destroyed in the contact, the "big old whack to the diffuser", as Horner described it, also damaged the Red Bull.

"Obviously, we've picked up quite a bit of damage with that," he said "So very, very frustrating, very annoying."

Both Verstappen and Hamilton were summoned to the stewards after the race for the incident.