Max Verstappen was voted 'Driver of the Day' in Sunday's Saudi Arabian Grand Prix, a accolade awarded to him by fans who, contrary to F1's stewards, have a "clear mind' about racing.

But the recognition was no consolation for the Red Bull driver who tried everything he could, and then some, to try and beat title rival Lewis Hamilton in Jeddah.

The back and forth between the two drivers started after the first red flag period, and was marked by the Dutchman gaining twice an advantage over Hamilton by running off track only to be asked to give the position back.

A collision on the back straight was also a source of contention as was a five-second penalty for "gaining an advantage", a recurring theme in the Red Bull charger's race. 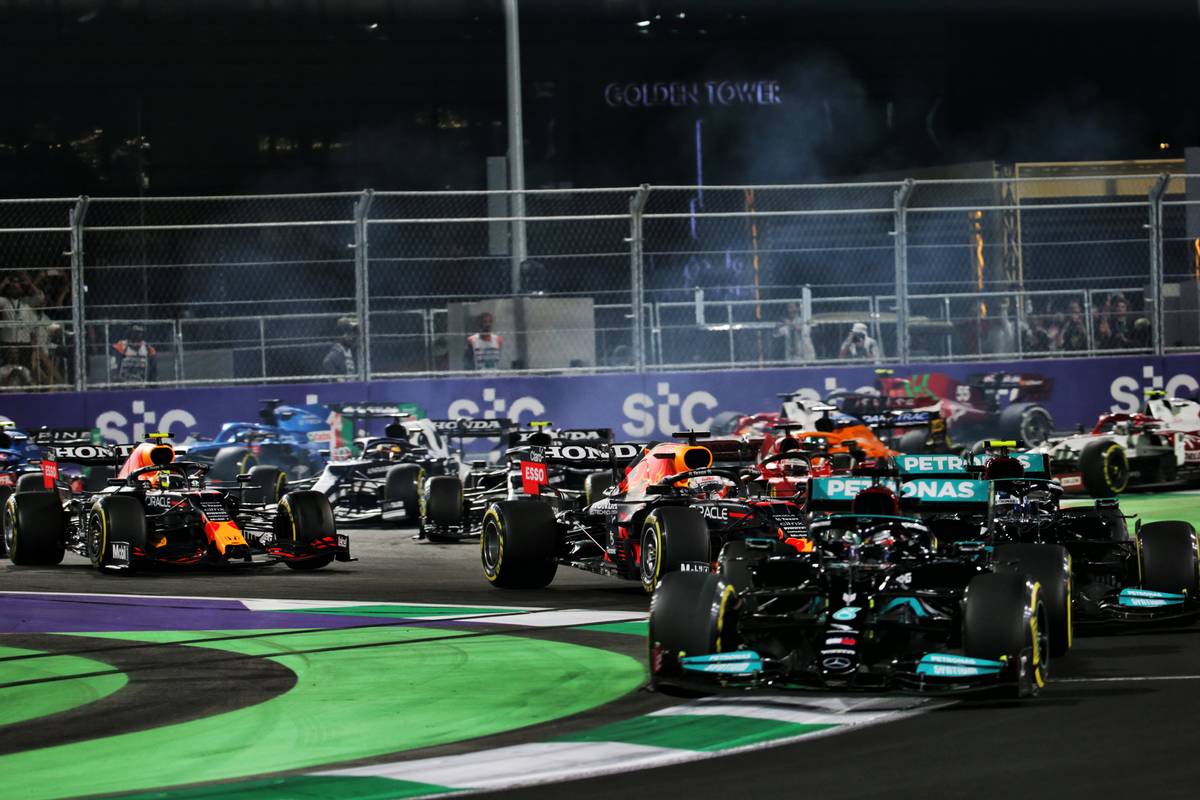 On his slow-down lap, Verstappen was told that despite the incidents and losing out to Hamilton, the fans had his back.

"Luckily the fans have a clear mind about racing because what happened today is unbelievable," he said.

"I'm just trying to race and this sport these days is more about penalties than about racing. For me this is not Formula 1 but at least the fans enjoyed it.

"I gave it all today but clearly not quick enough. But still, happy with second."

After the race, Verstappen confirmed his displeasure with the stewards' calls.

"A lot of things happened, which I don't fully agree with, but it is what it is," he said. "I mean, at least I tried it on track, you know, to give it all."

He also addressed his contact with Hamilton which he said had been the result of him simply slowing down to hand the position back to the Mercedes driver.

"I slowed down," he said. "I wanted to let him by, so I'm on the right but he didn't want to overtake and then we touched.

"I don't really understand what happened there."

Verstappen and Hamilton, who will head to Abu Dhabi tied on points in the championship, were both summoned to the stewards for the incident.