Kimi Raikkonen is set to close the book on his life and times in F1, but the Finn insists his swansong outing in Abu Dhabi will be "a race like any other".

The 42-year-old Finn is set to start his 350th Grand Prix, a stint that started in Australia in 2001 with Sauber, his current team, now racing under the Alfa Romeo brand.

Since, the Iceman has won 21 races with three teams - McLaren, Ferrari and Lotus - and clinched a world title, with the Scuderia in 2007, all the while establishing himself has one of the most popular drivers on the grid.

Raikkonen recently said that he's happy to see his career at the pinnacle of motorsport come to an end.

But regardless of what he may feel or express, it's unlikely to be business as usual for F1's veteran next weekend. 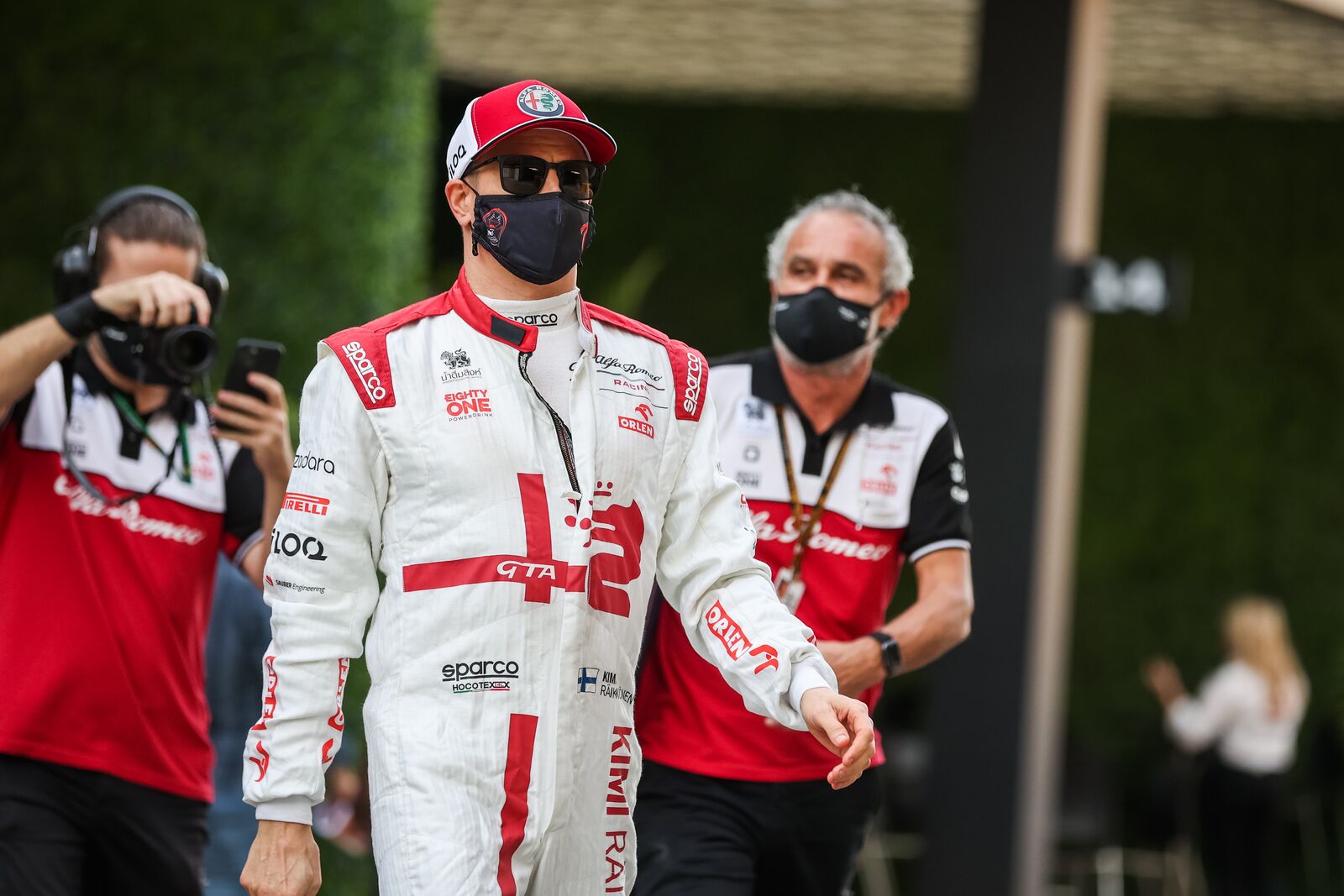 "Of course, I know it will feel different once I cross the finish line and I know this chapter of my life is closed, but once I am in the cockpit, it will be a race like any other.

"I want to finish this experience with a good result, for myself and for the team, and I also want to enjoy this weekend with my family and my friends, who will be with me to say goodbye to Formula 1."

Raikkonen's Alfa crews will no doubt have prepared something special for their driver's farewell round of racing in F1.

But the Swiss outfit will also celebrate the contribution of the Finn's teammate, Antonio Giovinazzi, who will exit F1 next Sunday and move on to Formula E.

"The final race of the season is always a special moment, even more so this year when we head into some drastic changes, both within and without the team," said team boss Fred Vasseur.

We will obviously want to celebrate and honour Kimi and Antonio and their contribution to our team and the sport, but we also need to focus on the race weekend: there’s a job to finish and we need to be fully committed to it until the final lap of the race, giving everything we have for a good result.

"Finishing with a strong performance would be a huge boost for the whole team as we head into the winter."