F1 journalist Tom Clarkson revealed a chummy moment between Max Verstappen and Lewis Hamilton on media day in Abu Dhabi that was unfortunately missed by the cameras.

Clarkson, who handles the Thursday media sessions and interviews with the drivers, was preparing for the afternoon presser at Yas Marina that brought Verstappen and Hamilton together ahead of their all-important title deciding weekend.

Despite their fierce on-track rivalry, the two protagonists greeted each other with a candid fist bump that Clarkson hoped would prove to be the picture of the day.

"There was a funny moment on the weekend where, prior to having Max and Lewis together on Thursday, there was a big discussion about do we go for the cheesy handshake shot," Clarkson recounted on the latest F1 Nation podcast.

"Which I think you [Damon Hill] and [Michael] Schumacher did a few times, didn't you? So it's, are we going to go for the cheesy handshake shot because that's what all the newspapers will want?

"Anyway, Max arrives early, sits down, and we're just having a chat. About three minutes later, Lewis walks in, walks straight over, fist bumps him and goes, 'How you doin', man?' and they have a bit of a chat.

"I thought, brilliant. That is the shot. I don't need to worry about this cheesy handshake thing anymore. And we had a Netflix camera in there. We had the two cameras that we have in the press conference room anyway. There was even a photographer in there as well." 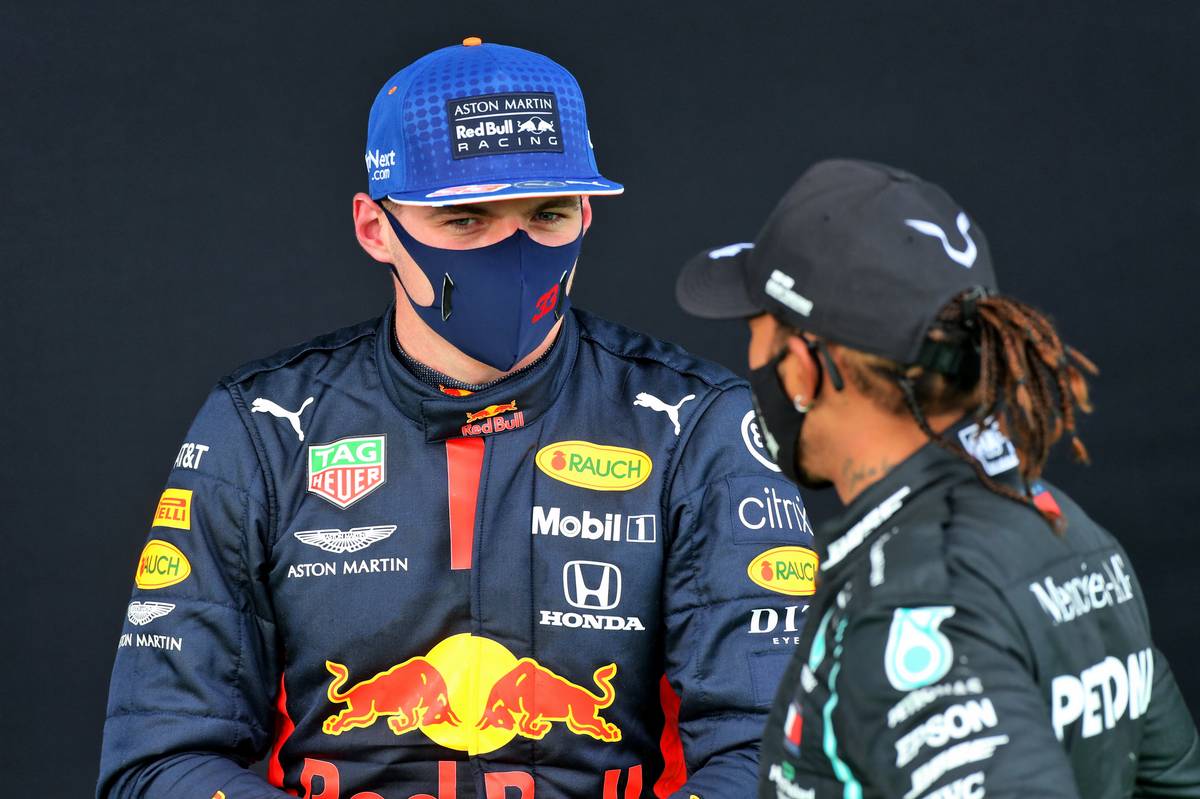 Alas, Clarkson's hopes that the friendly moment between the two arch-rivals had been immortalized were quickly squandered.

"So the press conference happens and they have a good natter," Clarkson continued.

"So I then turn to the camera guy for FOM, and I said, 'Did you get it?' And he said, 'No, mate, we still had the slate up', prior to the start of the press conference.

"So, no one knows about this fist bump, except for me and the people in [there], about three others in the room!"