McLaren driver Lando Norris says he's proud of the positive impact he's been able to make on the subject of mental health by speaking out publicly about his own experiences and issues.

Norris was just 19 when he made his Formula 1 debut in Australia in 2019, and has been under unrelenting stress to prove himself and secure his place in the team's driver line-up ever since.

He's admitted that he felt intense pressure to perform and not make mistakes, and says that being honest on the subject of anxiety and mental health has been one of his biggest achievements since entering the public eye.

“I am very happy to see more people speaking out about it and realising it is only going to benefit them and benefit others,” he was quoted as saying by Motorsport.com this week.

“I don’t think there is any negative from doing so," he added. "I think it is only going to help you in getting better

"Certainly it is going to help if you have a big following or a lot of people watching you when you say it. You are only going to help people who are also struggling.

“One of the biggest things that made me think it was good to speak out about it is my fans, my followers, and especially when I would hint at it the first few times," he continued.

“Before I was even speaking about it publicly, a few of them were saying how much it is helping them and the impact that I can have on them.

"Over time realising that the impact I can have on the hundreds or thousands of people is huge. 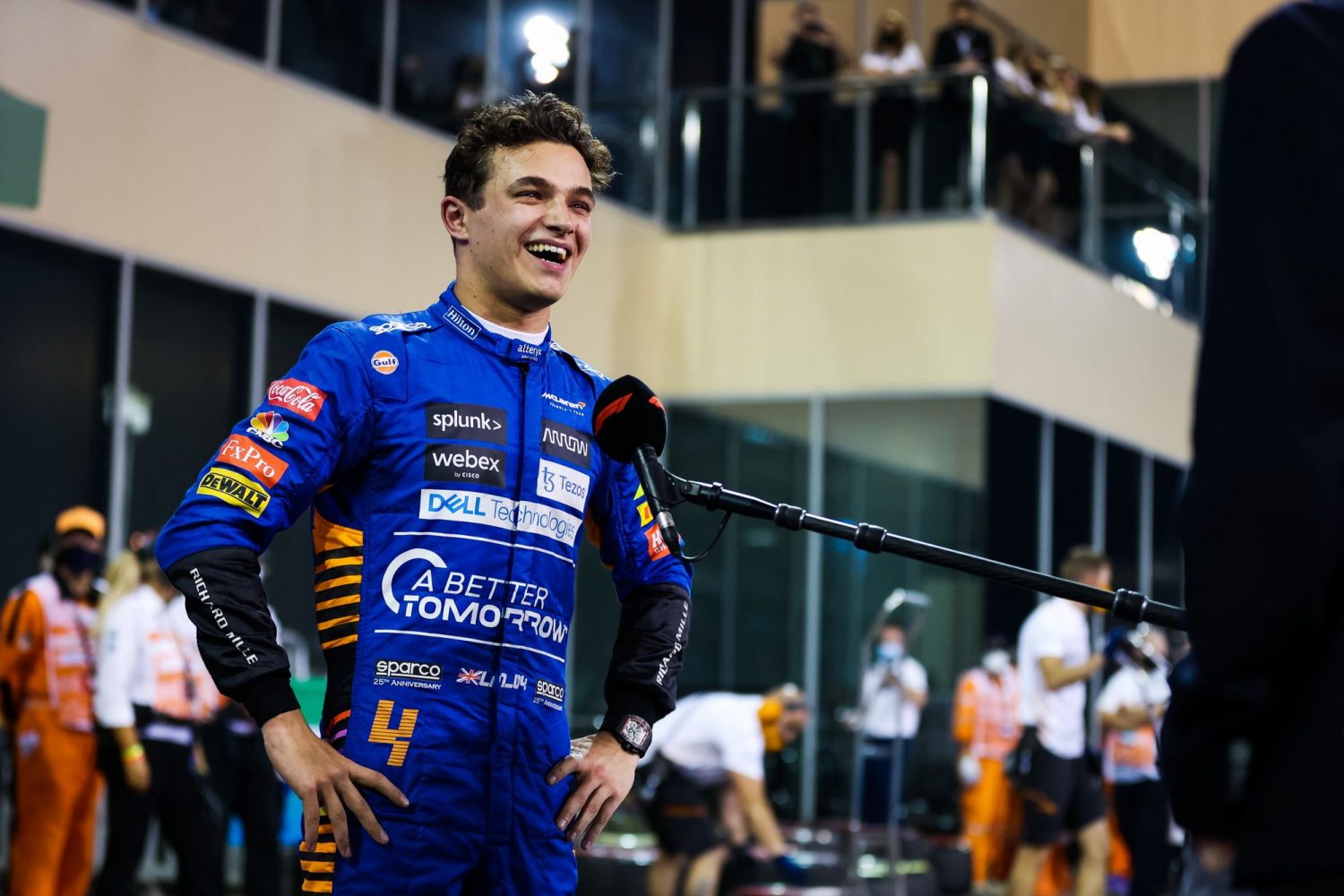 “When I start to get messages of me helping them out, to make them feel much better or their friends or family, that is a pretty amazing thing to see.

“I am very happy and proud to be a part of that group of people who have accepted it and are happy and confident to speak out about it," he added.

"Therefore I thought it was better to speak about it more publicly and worldwide to try to help as many people as possible.”

Norris is now a veteran of 60 Grand Prix races, initially with Carlos Sainz as his team mate and this year alongside Daniel Ricciardo.

He's finished on the podium five times, most recently in Monza where he was runner up to his team mate in the Italian Grand Prix.

The pair will be back together again at McLaren for the first race of 2022, which will be in Bahrain on March 20.