Jenson Button believes its "a shame" that his former team McLaren didn't continue its partnership with Honda given the success enjoyed by the Japanese manufacturer with Red Bull in the past few seasons.

Honda returned to Formula 1 with the Woking-based outfit in 2015, in the second year of the sport's V6 turbo-hybrid era, and both team and engine supplier had high expectation for their revived collaboration.

However, McLaren's stringent design provisions coupled with Honda's endless performance and reliability issues eventually to an early termination of the two companies' collaboration at the end of the 2017 season.

Honda switched its allegiance to Toro Rosso the following year where its successful development work led to it adding a second supply deal with Red Bull Racing in 2019, the Japanese manufacturer raking in 16 wins with the Milton Keynes-based outfit in the past three season. 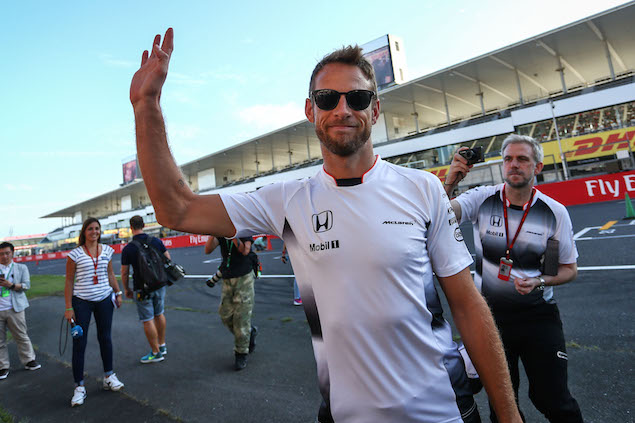 Honda officially signed off from F1 last month in Abu Dhabi by powering Max Verstappen to the world title, although it will retain a link with Red Bull until 2026 as the latter takes over its F1 engine program.

Button, a Honda works driver in F1 from 2006 to 2008, endured for two season the pains of the botched McLaren-Honda partnership.

But in hindsight, the Briton reckons that his former team should have perhaps pressed on with its engine supplier.

"I was with them at the start of this [V6 hybrid] project and it wasn't easy for them," Button told Motorsport.com.

"In the hybrid era, they struggled when they first came in. They were obviously a couple of years behind everyone else. [There were] lots of reliability issues.

"And I think it's a shame that McLaren didn't hang on with them. It was very easy for them to point the finger when they weren't competitive and they pointed to the most unreliable part, which was the engine.

"But now moving forward, working with a team like Red Bull and all their experience, it seems that they've found a really good partnership.

"It's nice to see Honda winning again, because their last win before the era with Red Bull was mine in 2006, a long time ago in sport. So it's great to see them winning."

Button regrets Honda's latest departure from F1, but the 2009 F1 world champion has a good idea of the company's spending rate at the pinnacle of motorsport and says the time is right for the manufacturer to move on.

"They are so passionate about their racing, and it's a shame to see them leaving again," he said.

"But I kind of have an idea of how much they are spending, and it's a lot of money, so I kind of get why they want to leave. It's time.

"But they've had a fantastic year in the sport and it's lovely for them, because it's not been the easiest ride for them on this journey."

Verstappen the best driver Red Bull has ever had – Marko