Lando Norris enjoys a good working relationship with McLaren teammate Daniel Ricciardo although the Briton admits he was personally closer to Carlos Sainz.

Ricciardo took over the Spaniard's seat at McLaren following the latter's move to Ferrari, and while the Aussie struggled to adapt to his new mount, he seamlessly blended in with his new team.

However, the rapport between Norris and Ricciardo, while productive, isn't like the light-hearted, side-kick and buoyant alliance he previously enjoyed with Sainz during their two years together at McLaren.

"One thing is simple: our off-track interests are very different," notes Norris, quoted by Motorsport.com.

"He’s more into wine, clothes and stuff, whereas I’m more into golf, eSports and that sort of thing that Carlos was into as well.

"I played golf [with Sainz] from time to time, we competed on the simulator and stuff like that.

"To have a closer relationship, one thing is clear, and that is that you need to spend time together and have fun, and golf is one of those things that made everything better."

As a bona fide Grand Prix winner, Ricciardo was seen as a tough challenge for Norris to tackle when the Aussie joined McLaren at the start of 2021.

But although the Honey Badger was the one who returned McLaren to the winner's circle last September at Monza, it was Norris who comfortably clocked in as the team's top scorer.

Norris believes he owes that relative performance to his increased "focus" on his driving in 2021.

"I’m much more focused now than I was before," said the 22-year-old. "I spend more time concentrating on the important things, the things that I really need to concentrate on, which is my driving and my performance.

"I spend more time with my engineers and less time talking or having fun. I still love doing that, but yes, I put more emphasis on priorities and work ethic." 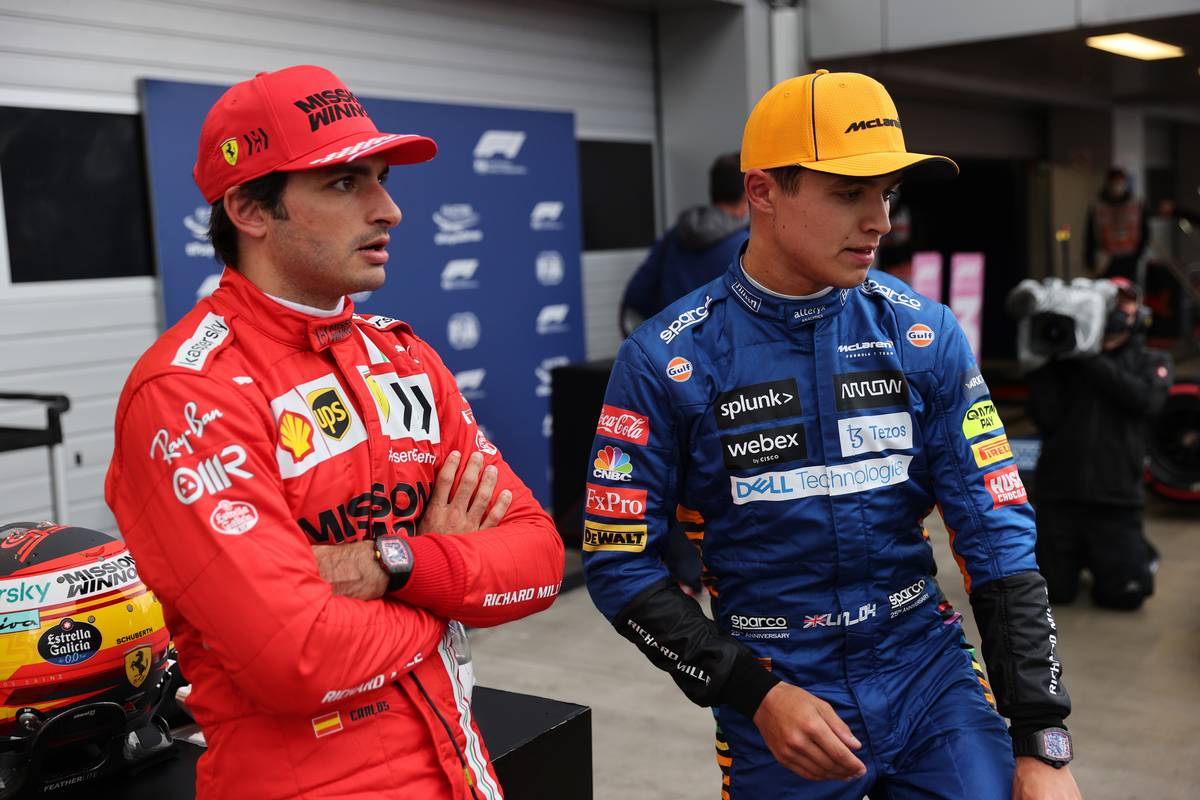 Norris and Sainz's respective teams were in direct competition with each other last season. But the pair still hit it off on occasion, on and off the golf course.

But their friendship takes nothing away from their fierce determination to beat each other on the track.

"We are still very good friends," said Norris. "We talk to each other from time to time, make jokes and things like that. We get on really well, as we always have since we were team-mates in 2019.

"There’s probably no one I want to beat more than Carlos, and it’s probably mutual.

"It’s part of the challenge. I have respect for all the drivers, but I also have friends among them that I race against. He’s part of that."