Daniel Ricciardo says he has no regrets about his decision to leave Red Bull Racing at the end of 2018, despite having to stand and watch his former team mate Max Verstappen clinch the world championship last year.

Although he made his Formula 1 debut with HRT in 2011, Ricciardo spent most of his early career as part of the Red Bull family, with his first two years spent at Toro Rosso leading to promotion to the senior team in 2014.

Initially racing alongside four-time world champion Sebastian Vettel and then Daniil Kvyat, Ricciardo found himself increasingly at odds with Verstappen who joined the line-up in 2015 and rapidly became the focus of the team's plans.

Ricciardo signed for two years at Renault in 2019 and last season joined McLaren, picking up his first race win at Monza for the first time since he was victorious in Monaco with Red Bull in 2018.

Meanwhile Verstappen had an electrifying season with ten race wins on his way to successfully pipping Lewis Hamilton to the 2021 world championship. But Ricciardo says that he doesn't regret his decision to leave the team when he did.

"Honestly, no," he told the media at the launch of the new McLaren MCL36 on Friday at the team's headquarters in Woking.

"I don't want to say it like, 'No, I don't', like snappy and disrespectful to Red Bull, because they gave me a lot in my career," he continued. "They really made a lot of this possible for me.

"I was there for five years, but I felt like I did reach a little bit of a point where I really felt like I personally needed something fresh. 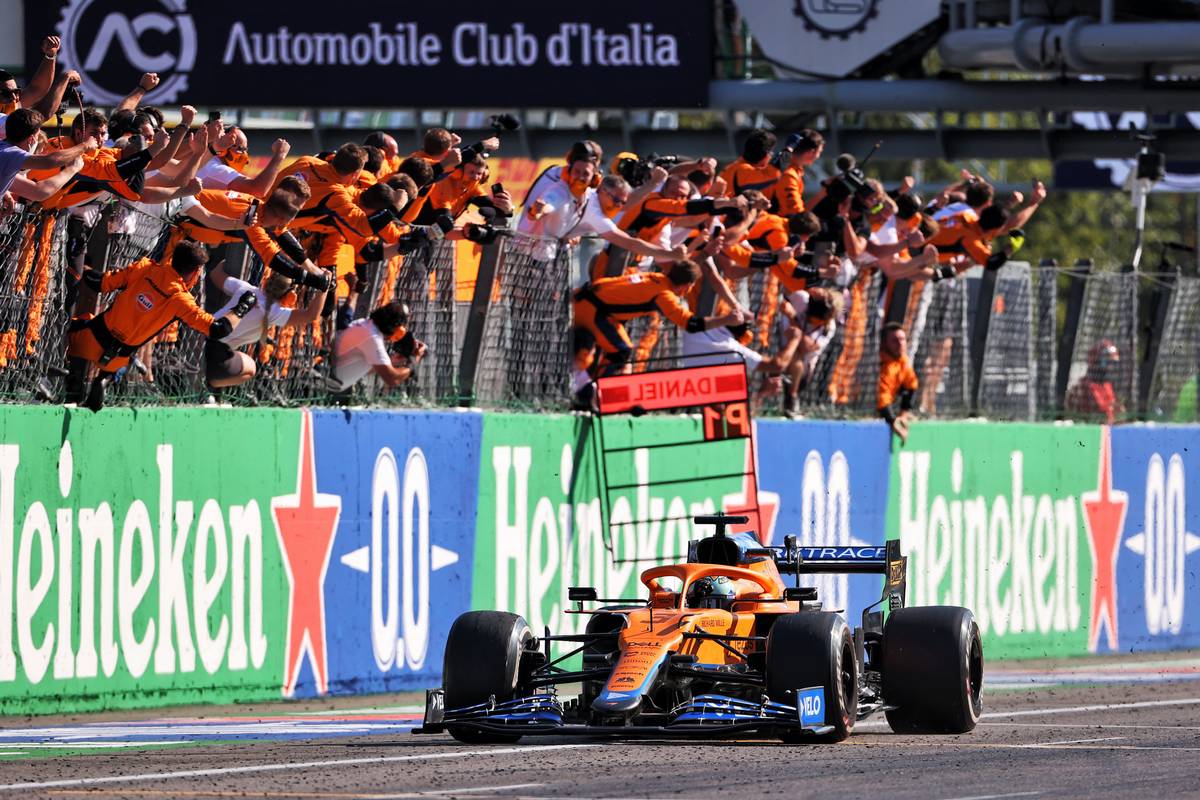 "If I was still there maybe I wouldn't have even been close to fighting for a title, you just don't know," he pointed out.

"I needed a bit of a change, and for sure there's been some struggles through that change," he said. "But honestly, I don't regret those changes I've been through, or the move I made at the time.

"That's all a part of the sport, and obviously learning more about yourself and growing up, but I've had no 'what could have been?' [thoughts] when I saw Max win the title last year.

"None of those 'poor me' feelings. If anything I was happy for them to get back to the top," he insisted. "If it can't be me then I'm happy for it to be them!"