Lewis Hamilton said he was grateful to emerge from this week's Bahrain Grand Prix with points and a podium, after Mercedes had struggled for performance throughout the build up to the first race of the 2022 season.

A series of setbacks and problems with the phenomenon of 'porpoising' had left the team out of the battle for pole on Saturday, and looking unlikely to finish higher than fifth in Sunday's race.

But a dramatic finish to the race which saw both Red Bull drivers forced to retire with technical problems meant that Hamilton emerged from the troubled weekend in an entirely unexpected third place after all.

“Mega, mega job,” he told his team on the radio. “Thank you so much for the hard work. Reliability is so important, appreciate it.”

"This is really the best result we could have gotten", Hamilton said in parc ferme after the chequered flag. "It was such a difficult race, we struggled throughout practice." 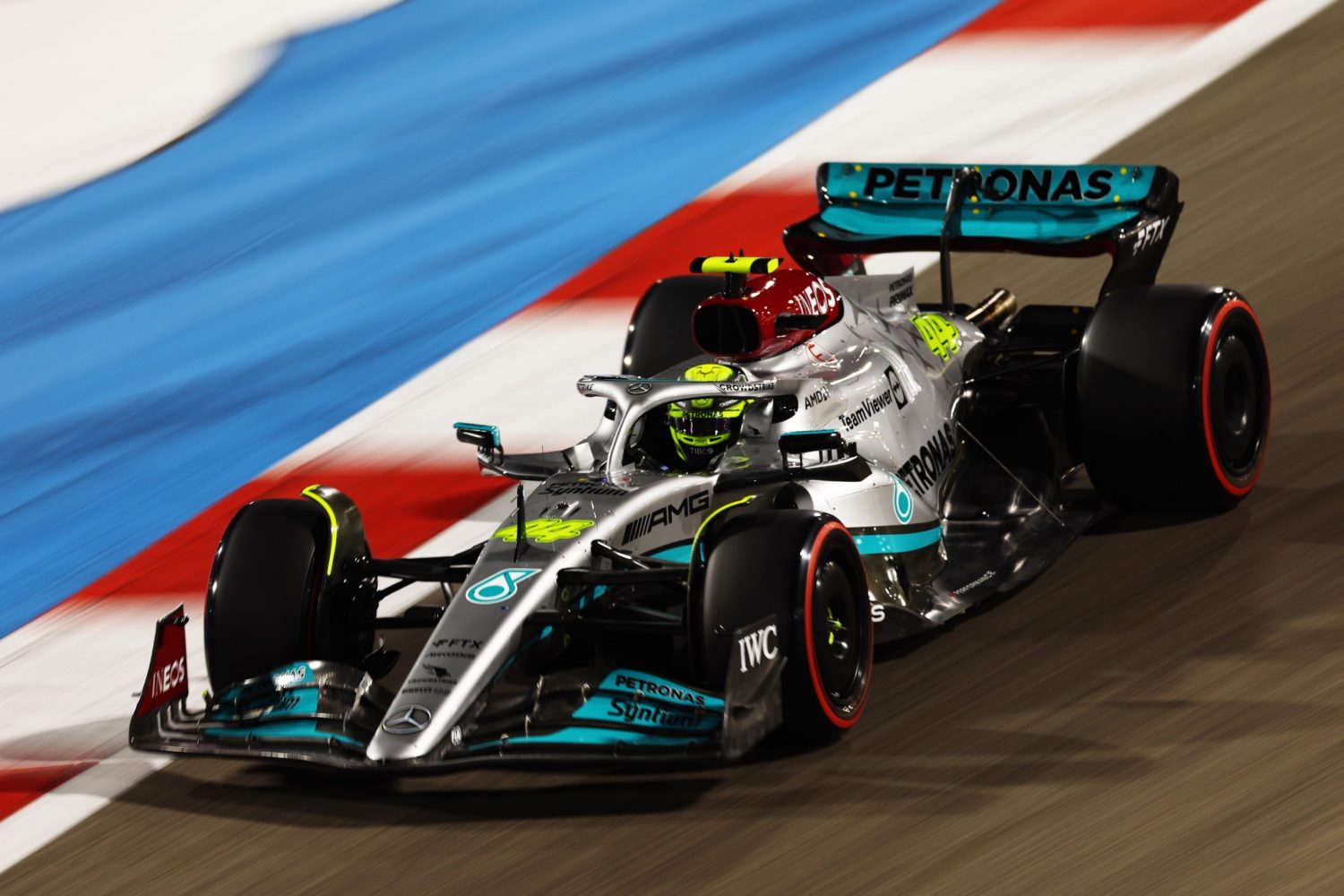 "George did a great job and to get third and fourth is pretty remarkable given the problems we had," Hamilton told Sky Sports F1.

However he was taking little pleasure in the heartbreak developments for his Red Bull rivals, Max Verstappen and Sergio Perez, who had looked certain to finish in second and fourth before their retirements.

"Of course, it's unfortunate for the other two drivers but we did the best we could and I'm grateful for these points."

“We think Verstappen had an issue with the ERS system," Hamilton's race engineer Pete Bonnington said. "Perez, not sure what happened to them.”

Despite the lucky escape this week, Hamilton knows that he and Mercedes have a mountain to climb if they're really going to be in with a chance of competing for this year's championships.

"I know the guys are working really hard back at the factory, but it is not going to be a quick turnaround," he said. "I do feel like we've been the best unified team for so long. I know that we all know that.

And Hamilton sent his congratulations to race winner Charles Leclerc and to Carlos Sainz who made it a Ferrari 1-2 in today's race.

"Big, big congratulations to Ferrari, so happy to see them do well again," he said. "That's such a historic, epic team. It's great to see Carlos and Charles up there as well."

Leclerc: Ferrari 'could not hope for better' after 'difficult' years