Given how much Mercedes had struggled in the run-up to this weekend's Australian Grand Prix, George Russell was surprised and delighted to come away from the race with a breakthrough podium success.

"We've got to be in it to win it and capitalise from others' misfortune," Russell said in the post-race interviews held in parc ferme at Melbourne's Albert Park. "To be standing on the podium is special.

"Obviously, we've got a little bit lucky today, probably twice," he acknowledged, referring to the retirements of Carlos Sainz and Max Verstappen during the race. "But you know, we'll take it!"

But he admitted that as sweet as today's success was, it didn't change the problems that Mercedes still faced getting back in true contention with Ferrari and Red Bull in 2022.

"it's going to take some time until we can fight these boys in red and blue. They look pretty exceptional at the moment. But if anyone can, Mercedes can.

"We're never going to give up," he continued. "There's so much hard work going on back at base, in Brackley and Brixworth, to try and get it back to the front.

"We've got to keep on fighting. This weekend we were a long way behind our rivals, but here we are standing on the podium.

"We've got to keep it up while we're on the back foot, and I'm sure we'll get there after a few more races." 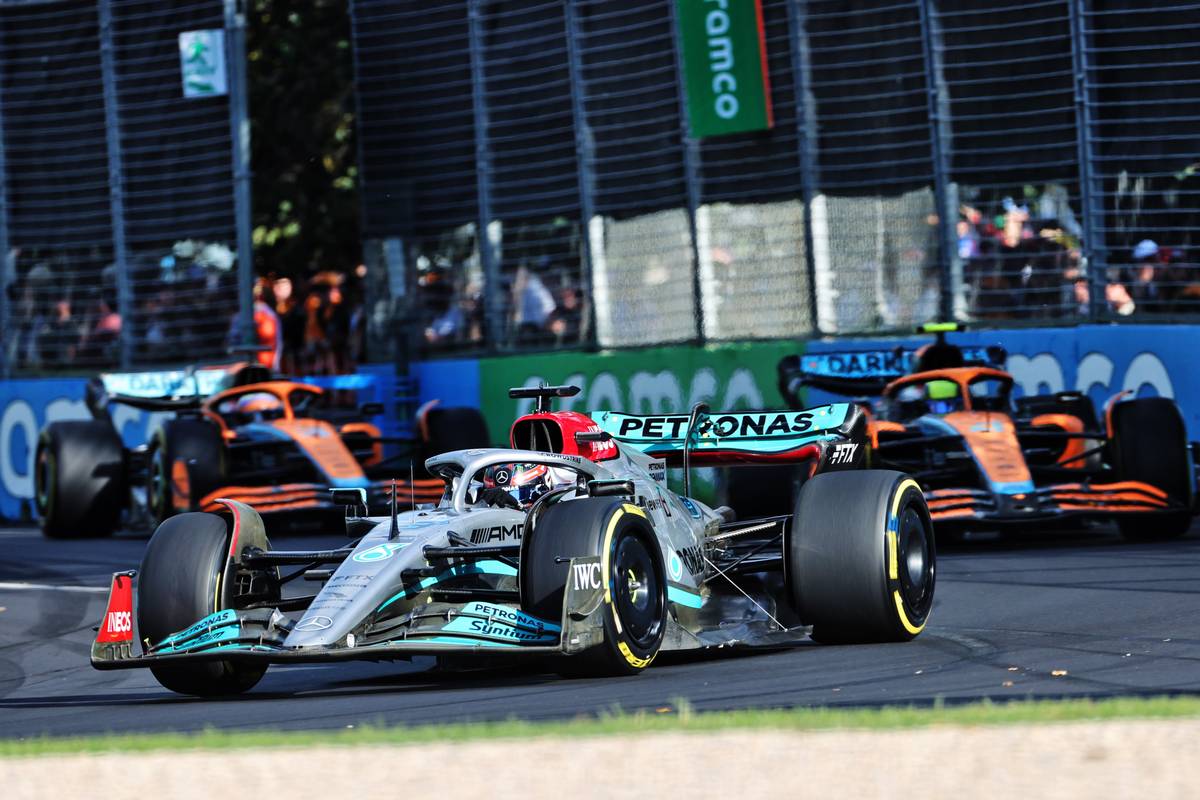 There seems to have been no thought of Mercedes implementing team orders to Russell to allow his team mate Lewis Hamilton past in the closing laps, or conversely to tell Hamilton to hold station.

At one point Hamilton said over the team radio "You put me in a really difficult position", but insisted later that this hadn't been aimed at Russell getting ahead of him by pitting during a safety car, or being told not to attack.

“I couldn't fight for third because the engine was overheating so I had to back off, I just had to sit behind," he told the media later. "But we bagged as many points as we could as a team and that’s great."

Mercedes boss Toto Wolff echoed his drivers' comments. "Seeing Lewis and George perform at an exceptionally high level today, with a tool that is clearly not on the pace of the leaders, is another example of the spirit of this team.

"Lewis was unlucky with the timing of the safety car but the partnership between the two and how they work with one another epitomises the overall spirit of the team. "

'We were extremely strong', says Leclerc after Australia win

Sainz owns up to mistake, but Ferrari needs to be 'more perfect'