Lando Norris believes McLaren's performance in the Australian Grand Prix was "better than it looked" despite the team scoring in Melbourne its best result so far in 2022.

Norris and teammate Daniel Ricciardo ran in formation for the whole afternoon at Albert Park and crossed the checkered flag in fifth and sixth position.

Ahead of Sunday's race, McLaren's drivers had no ambitions to fight Ferrari and Red Bull at the front of the field but Norris did single out Mercedes as the papaya squad's main rival.

However, when the lights went off, Lewis Hamilton and George Russell overhauled a helpless Norris on the run down to Turn 1.

But the Briton reckons he would have been hard-pressed to keep the Silver Arrows pair behind even if he had held his own at the start. 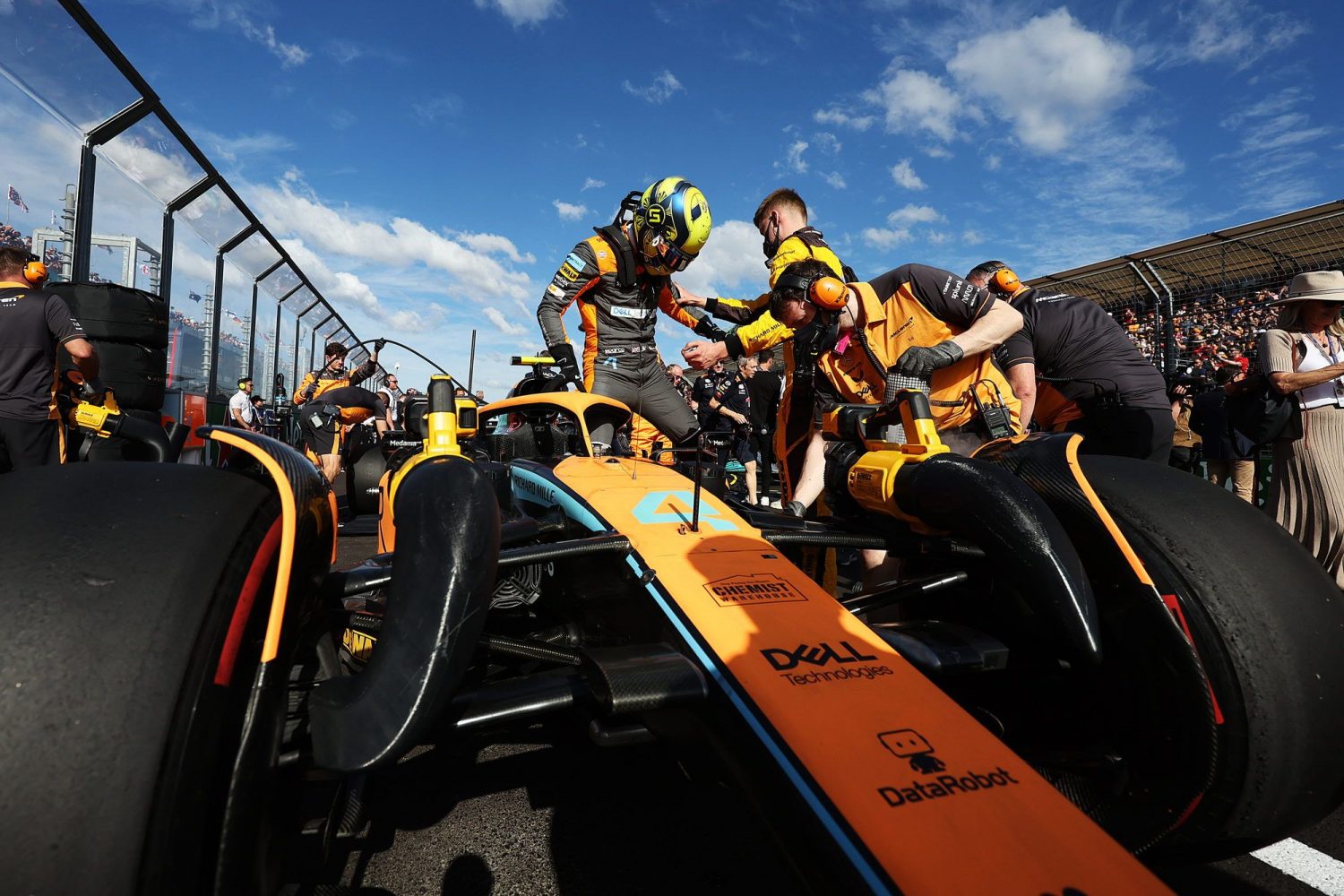 "We lost both positions at the start just because we had a bit too much wheel spin, so we just didn't get that quite right, but that happens sometimes," he said.

While he didn't believe he could have finished higher up the order, the Briton thought his car should have carried him a bit closer to Mercedes' duo which crossed the checkered flag 25 seconds ahead of Norris.

"I think, realistically, we were a bit better than we looked," he said.

"We had a couple of issues here and there, which we had to manage, so I definitely should have been a little bit higher up on track, not in terms of position, but just time.

"But the main thing is we had two cars in the points. So I guess we're very happy with that as a team. [It's] good motivation for everyone, very rewarding I guess for everyone.

"So we're satisfied. We're happy with that, and we just need to try and continue that next time."