Williams F1 team principal Jost Capito had acknowledged that the team taking its first championship point of 2022 with tenth place in the Australian Grand Prix has been a major relief for everyone at Grove.

Williams had been struggling to match the off-season progress of their rivals, and had been significantly slower in pre-season testing and in the opening races in Bahrain and Saudi Arabia.

It hadn't looked any more promising for the squad heading to Melbourne, especially with Alex Albon already hit by a three place grid penalty for an incident at the end of the race in Jeddah.

To make matters worse, ALbon was excluded from the results of qualifying after the car ground to a halt at the end of Q1 with too little fuel in the tank to return a mandatory sample.

It meant Albon had to start from the back of the grid - but then went on to stay out for 57 of the 58 laps before a last minute switch to soft tyres which enabled him to finish in tenth place.

"We had a very difficult start, and also this weekend was difficult after Saturday," Capito told Motorsport.com.

"Before the race, we said we just have to learn the tyres," he continued. "If we are 18th and 20th on the grid there's no point pushing too hard, but learn the tyres and see what happens as we move up the field.

"We knew from the past that the primes [hard compound] are really good for us so we hoped that would come out here as well," he explained. "[But] we saved the the two primes for each car and didn't drive the primes at all, all weekend."

It was only when Albon reported no problems with tyre degradation and was up to seventh place in the final laps that they were able to pull off an unlikely strategy. 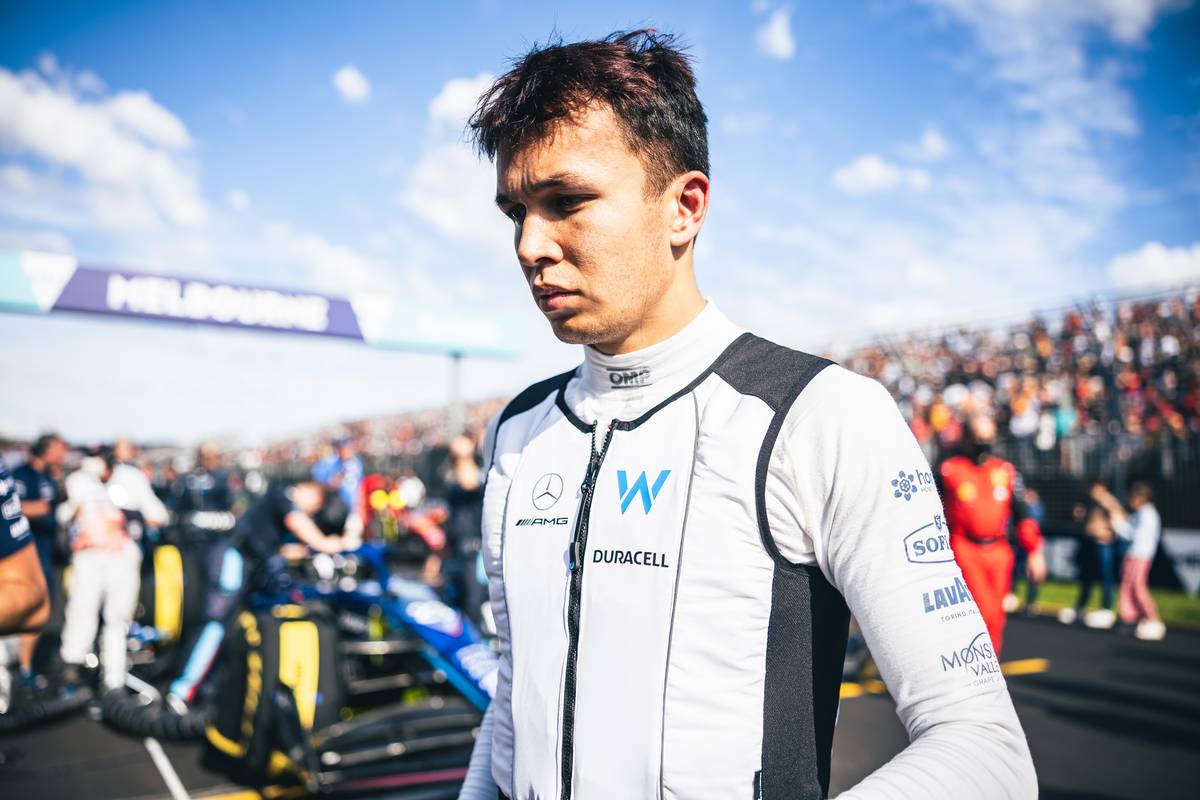 “Alex hardly said anything. We'd see [any issues] on the lap times, and he would say if something was going on, so it was hardly any communication with him. He was very quiet.

"It was great cooperation with the pit wall," Capito said. “I think when you are finally you are seventh, you want to enjoy it as long as possible."

Williams went without a single point in 2020 but bounced back last season with the team finally finishing in the top ten in Hungary and on three subsequent occasions, including George Russell's podium in the rain-hit Belgian GP, to put them into eighth place in the final constructors standings.

But they didn't have to wait 11 races into the new season to get their first point of 2022, thanks to Albon's long distance achievement.

"Of course it's a relief for the team,” agreed Capito. “To get a point early in the season is quite encouraging. But that's a good thing in racing, that things can change on a Sunday.

"[It shows that] it's not over before it's over," he said. "If you keep pushing and always be motivated and keep the team alive, and believing in itself in difficult times, then fortune can change.

"Sometimes it has to go worse before it gets better," he added.