McLaren rolled into Bahrain hoping for big things in 2022, only to suffer a serious setback in pre-season testing and the first race of the season, which saw them well off the pace of their leading midfield rivals.

After steadying the ship in Saudi Arabia, it seemed that the team was back on track by last week's Australian Grand Prix, with top six finishes for both Lando Norris and Daniel Ricciardo.

However team principal Andreas Seidl has cautioned against McLaren getting ahead of itself, and said there was still a lot of work to do over the next few races before they could really be sure that they were out of the woods.

"It was important after realising that we are lacking performance [at the start of the season] that we did an analysis as quickly as possible, and the studies to work out how we can improve performance," he told the media last week.

"I'm very happy to say we have a clear plan in place now," he continued. What we need to do with the car in terms of making steps, in terms of performance, this will take a bit of time.

"We need to be patient, despite all the ambition," he added. "The most important thing is we have a clear plan that we execute now."

New limits on team budgets and the time they can spend in windtunnels means that McLaren - like all the other F1 teams this year - have to be judicious about what resources they can commit to rolling out upgrades in 2022. 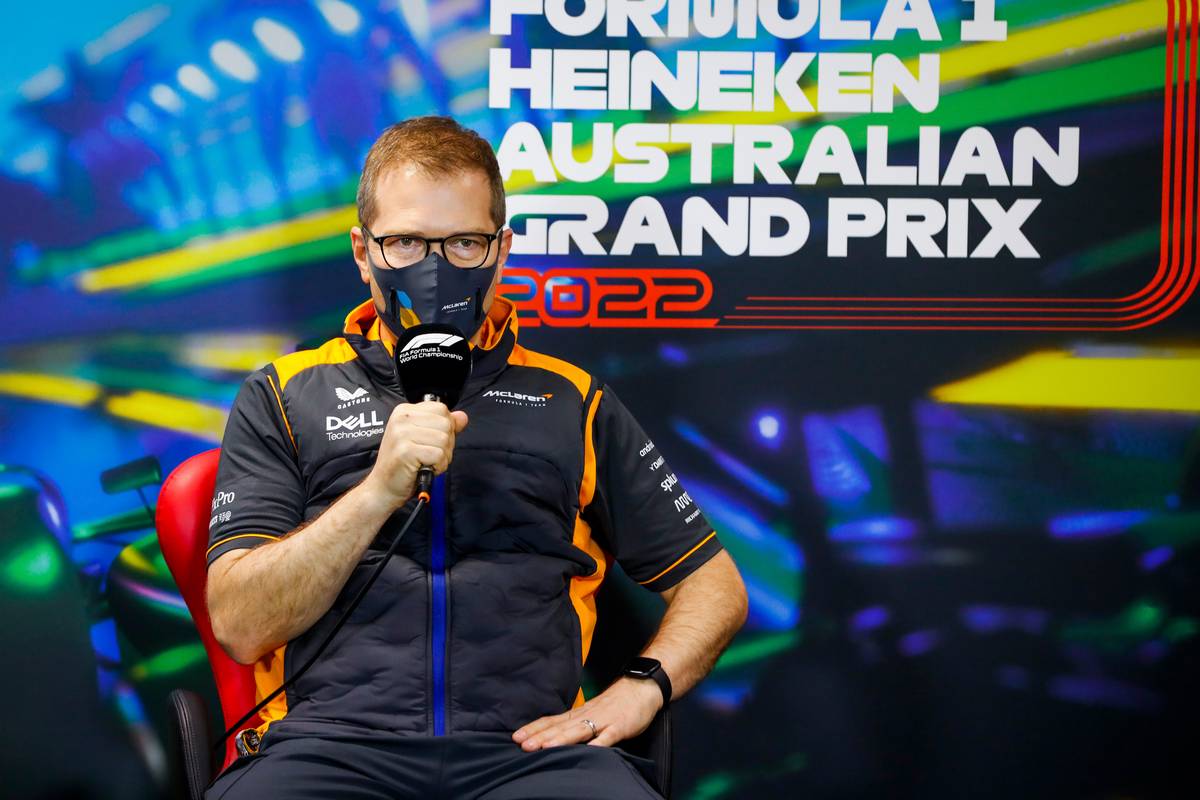 While Seidl said that they had brought some small upgrades to the MCL36 for Melbourne, he conceded that the nature of the Albert Park circuit had also been a big factor in the improvement in their performance.

"The track layout suits our current package, a fluid layout," he said, explaining that the lack of high-speed corners and heavy braking zones had helped.

"And we have simply learned again about the car in Jeddah and could apply the learnings here," he pointed out. "That put us in a more competitive position - not just on one lap, but also in the race."

And while he was keen to manage expectations heading into the fourth round of the season at Imola next week, Seidl said that the upturn on performance was certainly a welcome boost for everyone at Woking.

"It's great motivation for the everyone at the team to keep working hard," he said. "We are in a position now, moving forward with the current package, to fight for top ten results.

"It is a step forward to where we began the season," he added. "But it's obviously not where we want to be as a team. So heads down, let's not get over excited, let's keep working hard."

Binotto 'happy' to see Porsche and Audi heading to F1

Capito: First point of 2022 is 'a relief for Williams'