Esteban Ocon is convinced Alpine reserve Oscar Piastri will be racing in Formula 1 next season, insisting the Aussie deserves to join the grid.

Piastri's remarkable climb up the ladder saw the young gun win consecutive titles in the FIA Formula 3 and Formula 2 Championships in 2020 and in 2021, but with Ocon and Fernando Alonso committed to 2022, Alpine couldn't promote its protégé to a seat in F1.

Unfortunately, there's also little chance of Piastri racing with the French outfit in 2023 as Ocon is contracted to Alpine for the next two seasons while all signs point to Alonso extending his stay in F1 next year.

Alpine is open to loaning its young gun to another team in 2023, while in the interim Piastri will undertake an extensive test and simulator programme with Alpine that will ensure that he joins elite as one of the best prepared young drivers in the sport. 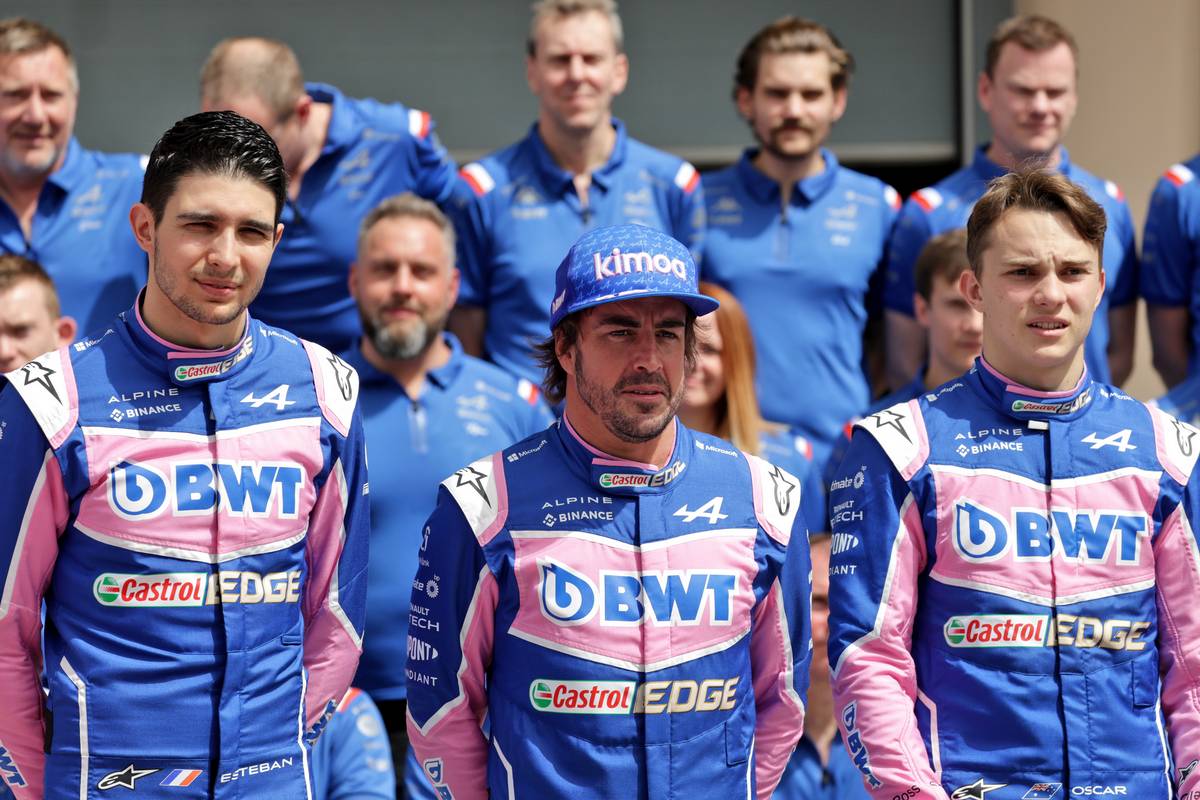 "Oscar is a great guy," said Ocon. "I mean, he’s very involved in the team, he’s going to have a great testing programme.

"He’s going to be probably the best prepared driver ever, with the test programme that he’s got at Alpine.

"I’m very sure he’s going to have a seat in Formula 1 shortly. I don’t know where in the paddock, but opportunity comes for the ones who deserve it.

"And Oscar is one of them. He’s won all the major titles and he’s very professional and dedicated. So yeah, I’m sure you will see him around pretty soon."

Alpine CEO Laurent Rossi confirmed in Australia that loaning out Piastri to another team in 2023 – McLaren comes to mind as the Aussie is already part of the latter's pool of reserve drivers – is a viable option, but only if he can be called back to Enstone.

"If it's a solution that allows me to get him back at some point, I might think about it," said Rossi. "I'm not opposed to the solution.

"You understand I want to develop Oscar, I don't want to leave him sitting on the bench waiting forever.

"He needs to be ready when the day comes. And the day will come because he's very talented, he's very worthy of one of the top 20 seats here.

"And I do believe he has the potential of being a future world champion, I'm persuaded of that. So he needs to be trained as much as he can in the meantime.

"[A loan] has always been a parameter for all of us. We knew last year that Fernando was performing. And it would be very surprising if suddenly during the winter he lost his magic.

"So let's be realistic. It's part of the scenarios we need to explore."