Helmut Marko has revealed that a ruptured fuel line caused the engine to cut out which led to Verstappen's subsequent DNF with 20 laps to go in the race at Albert Park.

However, the unit did not suffer any damage despite a small fire igniting at the back of the car but which was quickly extinguished by the trackside marshals.

"Everything is okay [with the engine] – no problem at all," Marko told Austrian broadcaster ORF.

"[The retirement] was due to a high-pressure fuel line that burst. It was probably because of the bouncing. That was simulated on the test bench, but exceptional forces come into in play." 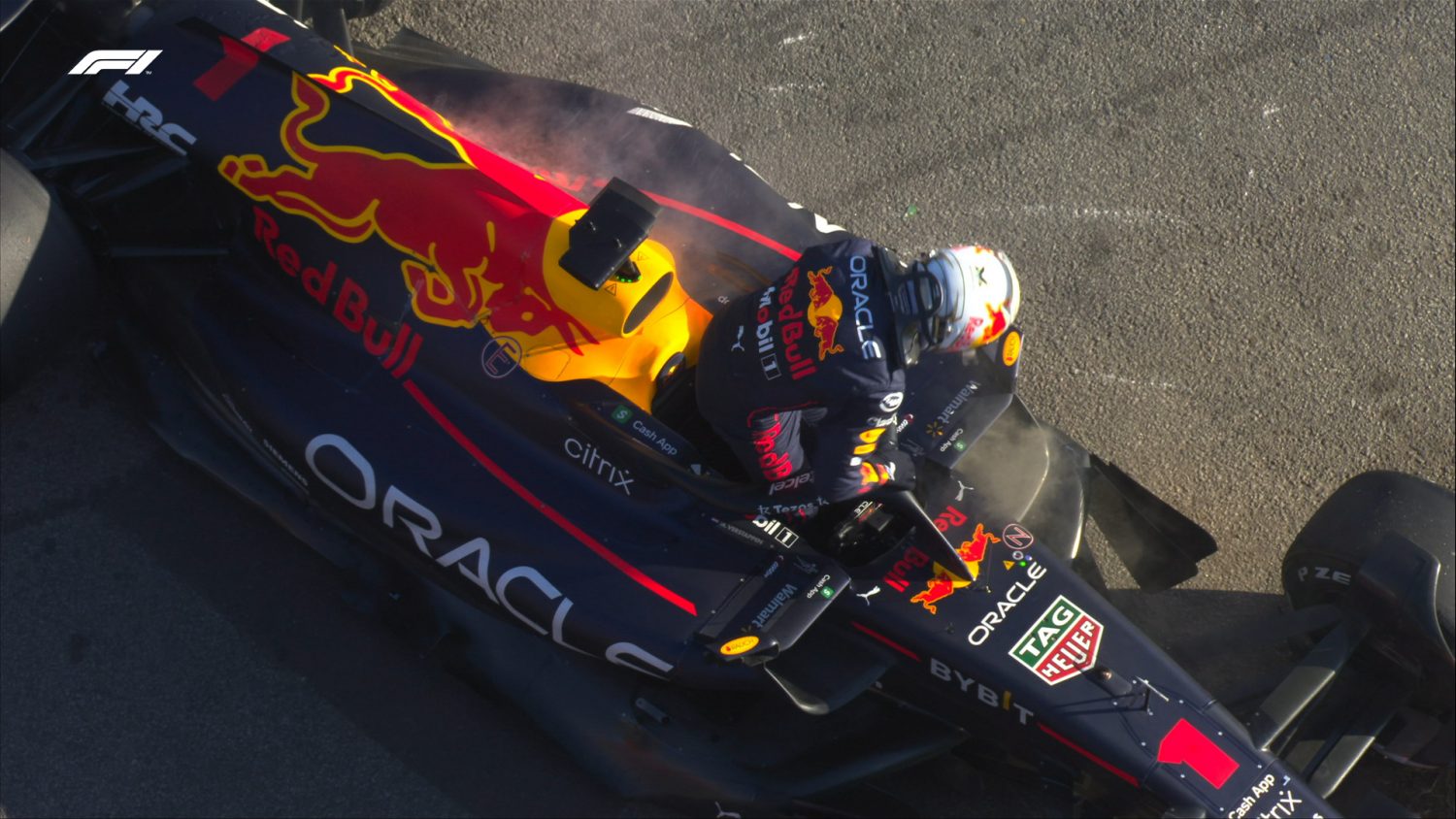 Red Bull is among those teams that have best dealt with the porpoising phenomenon, a by-product of F1's new ground effect regulations.

While the issue has not been completely eliminated, it has been mitigated by Red Bull – and also by Ferrari – to an extent that has not required solutions that have compromised performance, as has been the case over at Mercedes.

"We've got that well under control, but still there are little movements," commented Marko. "We assume that this was the main cause of the damage to the fuel line.

"According to Honda, we can expect that to be fixed - probably - by the next race."

But the Sprint race format for next weekend's Emilia Romagna Grand Prix, where teams will get only one-hour of practice before set-ups are frozen ahead of qualifying on Friday afternoon, does not lend itself to trialing new parts.

Red Bull will therefore most likely only bring to Imola minor updates in its crates.

"Being a sprint race, you get very little time to evaluate these things," said team boss Christian Horner. "So we've got one session, and then you enter qualifying.

"You've got to be very confident about what you're putting on the car."

Nice and chilled Russell not one 'to hype it up'