Ferrari's Carlos Sainz says that he had no warning before his dramatic accident during the second round of qualifying for this weekend's sprint race at the Emilia Romagna Grand Prix in Imola.

Sainz was provisionally into second place after his first push lap in Q2 and had backed off before making another run when the accident happened.

Replays suggested that he took too much kerb heading into the second Variante Alta, causing the back end of the Ferrari to let go and fly into the barriers. There was damage to the front left suspension and concern about the gearbox.

“It’s frustrating. The target was to put a banker lap in knowing the rain would come," he said. "It’s clear the track conditions were very tough.

"I lost the rear entering the last corner," Sainz explained to Sky Sports F1 when he got back the paddock. "Maybe it was starting to rain, maybe it was the tyres after doing two consecutive laps.

"I don't know," he admitted. "I just needed to put a banker in to react to the rain that was coming, but it wasn't a lap that was properly on the limit at all.

"Unfortunately I lost it for some reason," he added. "I didn't have any warning that I was going to lose it, and it just went.

"I need to understand it, because I don't think I was exposing myself to a mistake by driving like that," he insisted. “I wasn’t pushing really that hard at all, but the car surprised me in that corner." 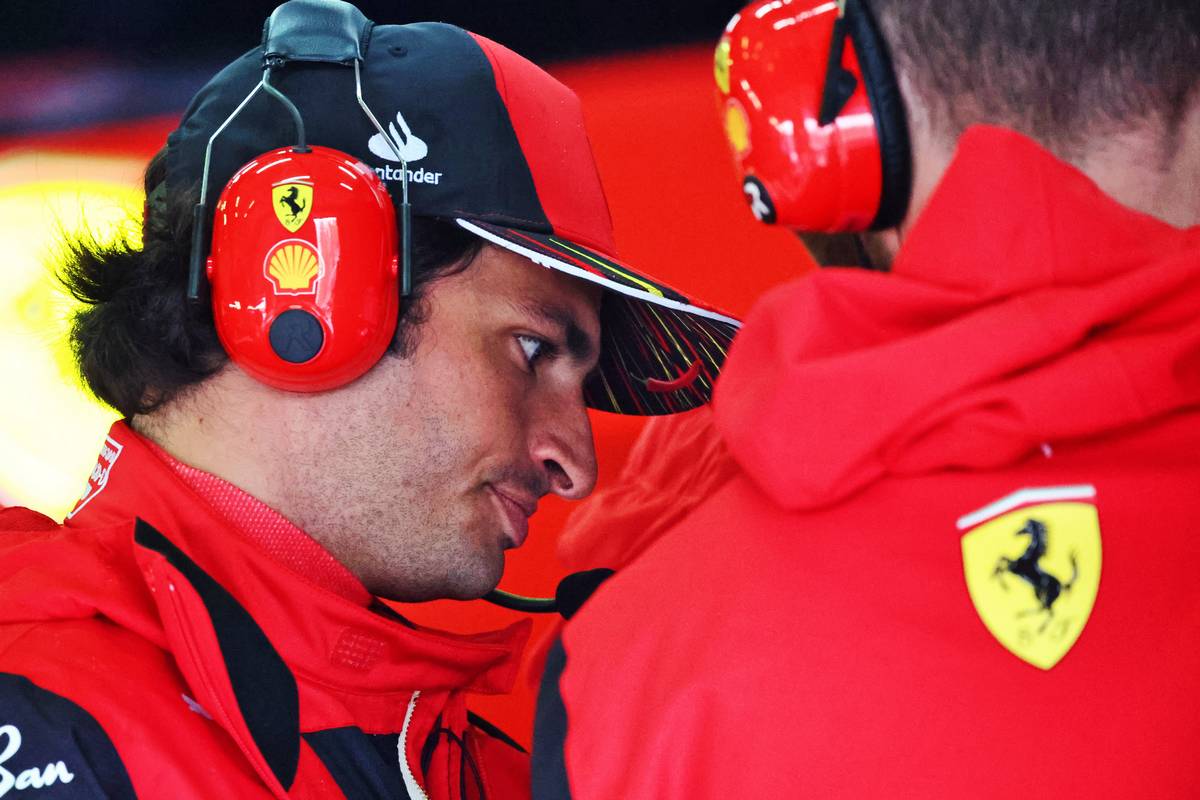 Sainz' existing time at that point was enough to put him through to the final round of qualifying, but the damage to the F1-75 meant he was unable to take part in Q3.

It means he will line-up on the sprint race grid in tenth place, provided that the damage to the car can be repaired overnight without incurring any grid penalties in the process.

He offered "big apologies" the the Ferrari team, but was reconciled by knowing there were still opportunities to make amends over the remainder of this weekend's event.

"This is a very tough one to take and there is little to say other than sorry to the entire team and every fan out there," he conceded. "It’s a difficult moment, but now it’s time to focus on what is ahead.

"Thinking positively, the weekend is not over yet and I still have the Sprint race and the Grand Prix on Sunday to try to recover."

Sainz could make up multiple positions in the sprint race, which sets the order for the start of Sunday's Grand Prix.

His team mate Charles Leclerc is on the front row of the grid for the sprint after being frustrated in his hopes of securing pole by Red Bull's Max Verstappen in today's hectic, disrupted qualifying.

'Bittersweet' qualifying for Alpine despite P5 for Alonso