Fernando Alonso claimed his best qualifying result of the season to date after the Alpine finished fifth fastest in today's session at the Autodromo Enzo e Dino Ferrari in Imola.

But the two-time former world champion isn't getting ahead of himself as he looks to recover from two back-to-back pointless runs in Jeddah and Melbourne.

“It feels good to be in the top five after a messy qualifying with all of the changing conditions and red flags," he said after a rain-hit qualifying which saw a total of five red flags.

"With the wet weather changing the track all the time, anything can happen," he said, acknowledging that the unpredictable conditions had played a big part in his success today. "Overall I’m pleased to be in the top five for tomorrow."

The rain is unlikely to recur for tomorrow's sprint race, but Alonso is confident that the AS22 still has the pace in the dry needed to perform well.

"The car felt fast in the last two rounds and I feel quite comfortable with the car here," he said. "Let’s see how we do tomorrow as there are points on offer in the Sprint and for the race on Sunday.”

Unfortunately his team mate Esteban Ocon will be right at the other end of the grid tomorrow after suffering a gearbox issue during Q1 leaving him P19.

"We’re left with a bittersweet feeling after tonight’s qualifying," acknowledged Alpine sporting director Alain Permane."Unfortunately, the team faced mixed fortunes on either side of the garage. 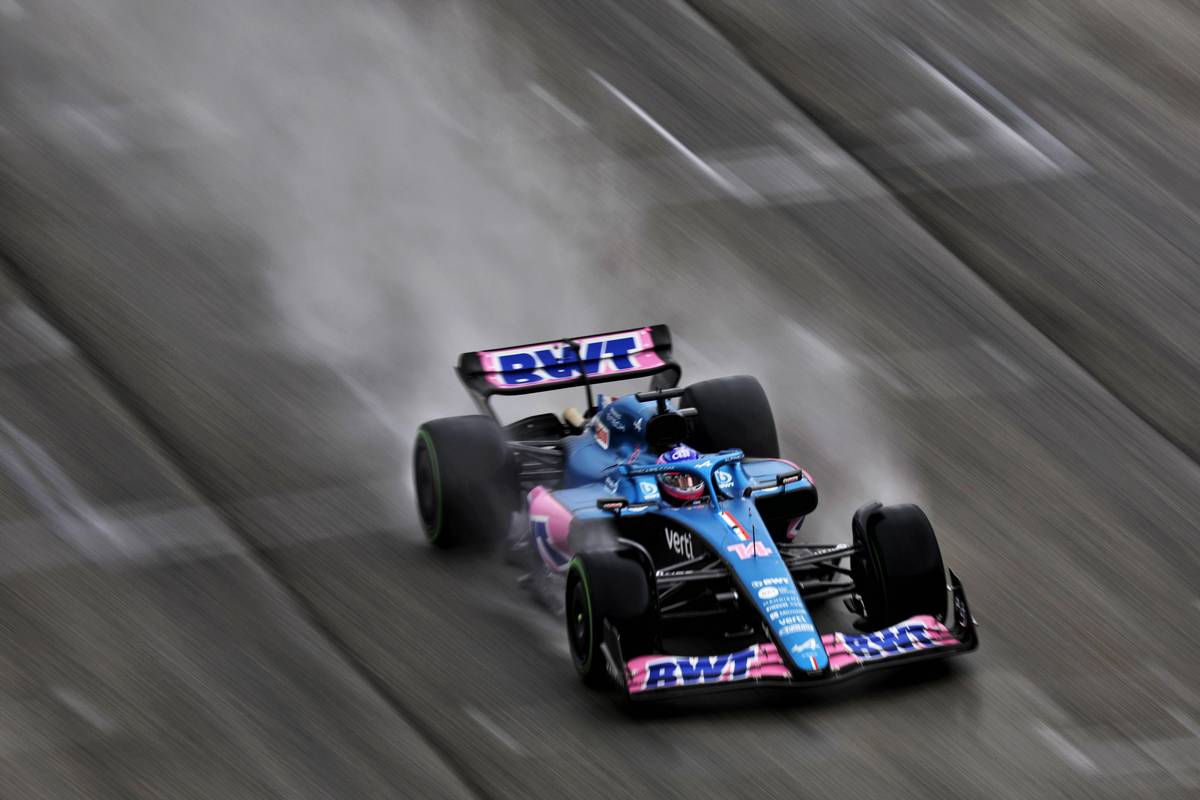 "Esteban’s car had a gearbox failure in Q1 and we’ll fully investigate how that occurred. As we saw with Fernando, the car had strong pace today, so it’s disappointing that Esteban was not able to show his true potential."

"That was a tough way for us to end the day," said Ocon. "I couldn’t complete the lap in Q1 and we pitted straight away.

"We will be looking closely at what happened. Up until that point, the car felt good so it’s going to be all about getting it back for tomorrow in the Sprint and for Sunday’s Race.

"Still, there are two races to go this weekend, with potentially some rain as well, so there are still some opportunities to save our weekend. Let’s see what happens!"

Sainz 'had no warning' before Imola qualifying crash