He was duly top of the timesheets at the end of the first round, but a series of accidents and five red flags - three of them in Q3 alone - handed the momentum to his Red Bull rival Max Verstappen.

"Qualifying didn’t end exactly as I wanted it to," he acknowledged. "But starting the race from P2 isn’t too bad.

“It was very tricky, especially on the slicks," he told the media in parc fermne after the end of a rain-hit qualifying. "There were quite a lot of wet patches.

"It was a tricky one. Q1 and Q2 were all about making it through to Q3 – and then pushing hard," he continued. "It was all about putting the laps in and waiting for Q3 to put everything together.

"I did one strong lap in the last session, then decided to abort my second lap to save the tyres for my last two runs at the end of Q3," he explained. "Unfortunately, that never happened because of the red flags.

“This is why it’s even more frustrating for me, because when it counted in Q3 I did the wrong choice," he admitted. "But it’s life.

"It’s a shame, but everything is still possible. We’ve been competitive in all sessions so far and have the potential to fight for the win tomorrow. 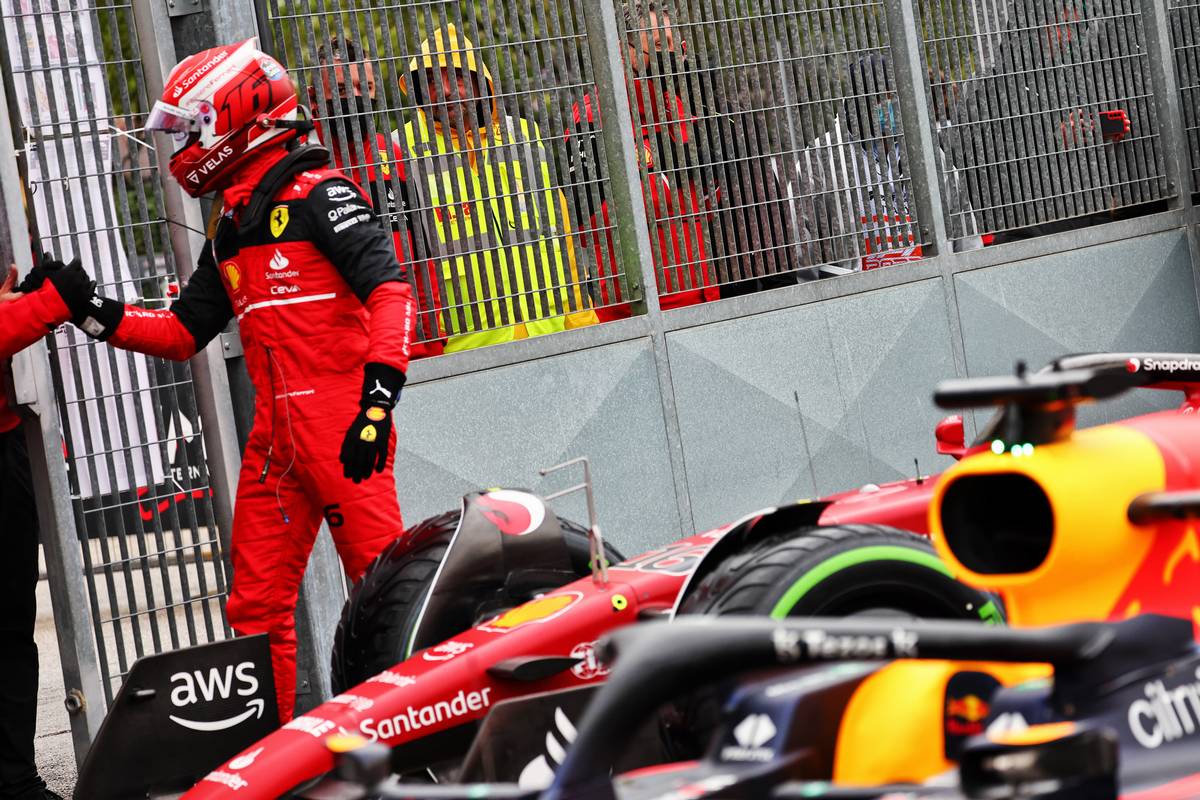 Leclerc's team mate Carlos Sainz will start from tenth place on tomorrow's grid after spinning off into the barriers midway through the second round of qualifying.

While admitting that it hadn't been the outcome today they had been hoping for, Ferrari sporting director Laurent Mekies insisted that the team had "started the weekend on the right foot and we were immediately competitive."

He continued: "What made the difference was the timing of the red flags. If the fourth had come out a few seconds earlier then pole would have gone to Charles, but that wasn’t to be so it went to Max Verstappen.

"Charles’ second place is still a good result," he stressed. "There’s still a long way to go this weekend, so now we have to reset and focus on tomorrow and Sunday. The F1-75 is on the pace and we have all we need to do a good job."

'Bittersweet' qualifying for Alpine despite P5 for Alonso