George Russell says he isn't getting comfortable as the leading points scorer at Mercedes, fully expecting teammate Lewis Hamilton "to come back strong".

The seven-time world champion spent his afternoon at Imola buried in the second half of the field, running third in line in a DRS train of cars headed by Williams' Alex Albon and AlphaTauri's Pierre Gasly.

Unable to extricate himself from the group, Hamilton concluded his race P13, a result that compelled Mercedes team boss Toto Wolff to apologize to the Briton for providing him with an "undriveable car".

Meanwhile, Russell once again made the most of the same equipment, enjoying a blistering opening lap that carried him from 11th on the grid to P6 from where he gained two more positions to end his day an impressive fourth.

But the 24-year-old refused to jump to any conclusions regarding his performance relative to Hamilton. 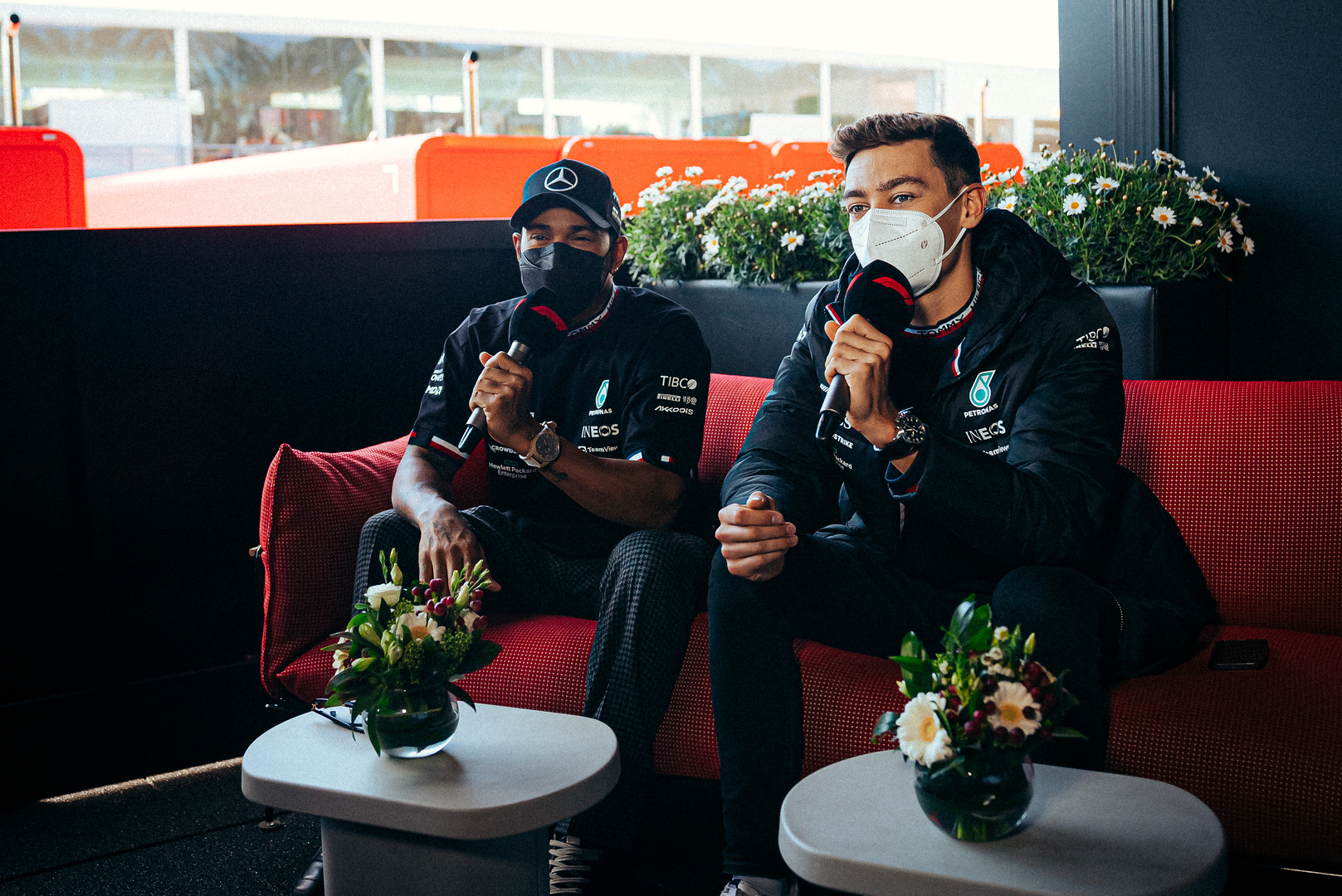 "I think it's just how things fall out sometimes in a race weekend," he said.

"I made a very strong start. I don't know what happened with him at the start, but we are equally struggling, and when the car is so far out of bed, and it's not in the right window, it doesn't really feel like a proper racing car to drive.

"And especially we're struggling with the tyre warm-up. Friday was 13 degrees and it was just a nightmare to drive.

"I expect him to come back so strong, and the way he's pushing and motivating the team is inspiring.

"I'm not getting comfortable with this position, because I know what he's capable of."

Amid Mercedes' struggles to solve the chronic porpoising issues impacting the performance of its W13 Silver Arrow, Russell has finished every race so far this season among the top five.

Last weekend, he suggested that his three-year apprenticeship in F1 with the bottom-of-the-grid Williams team had prepared him well for dealing with a difficult car. 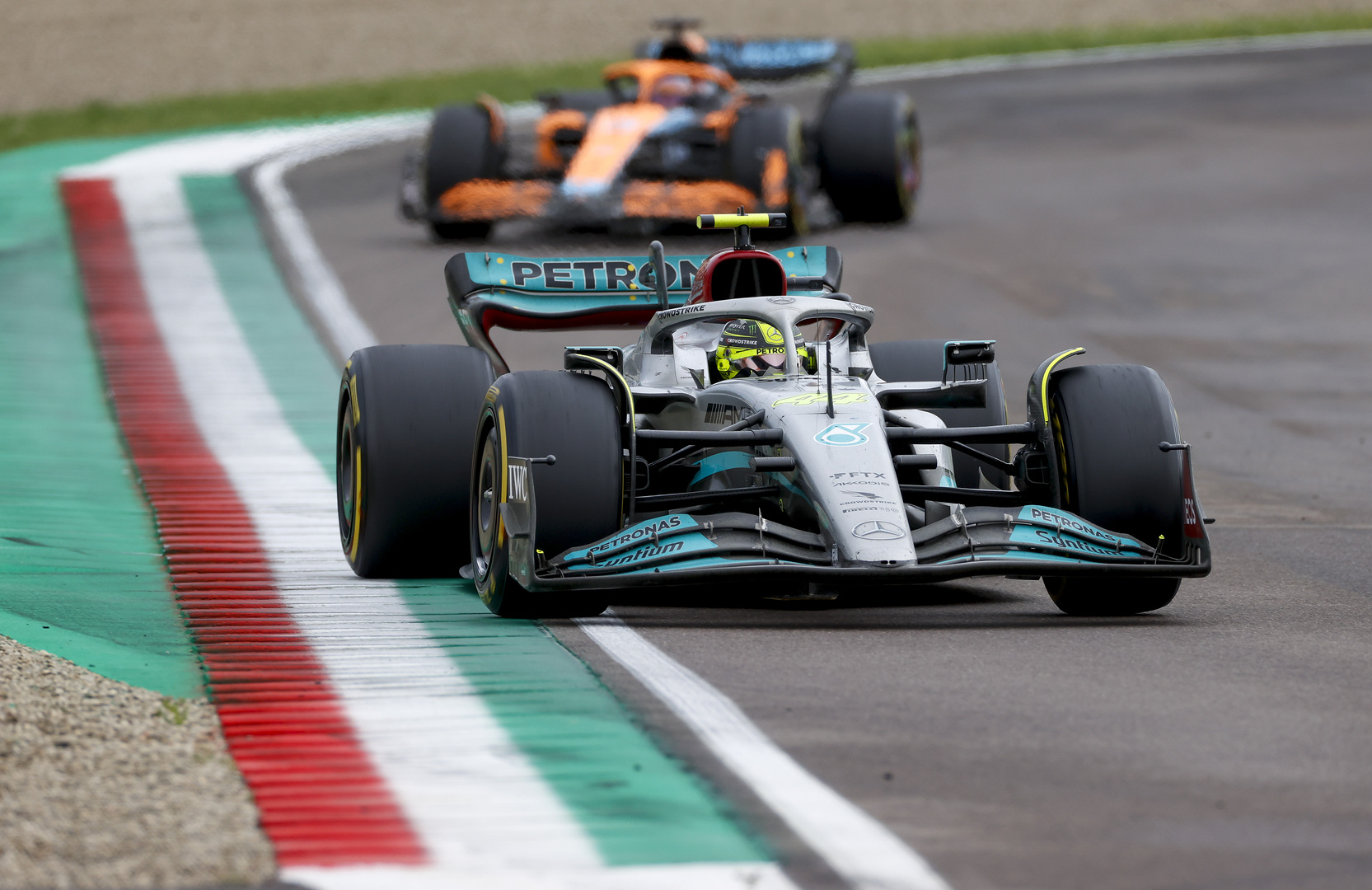 "It's just been a really difficult position for us as a team, and perhaps with my struggles at Williams driving very difficult cars, maybe that's helped in some small regard," Russell explained.

"Q1 and Q2 for us now is massively important, whereas previously for Mercedes that was a breeze, it was almost like a build-up session getting ready for Q3.

"As I said, Lewis is going to come back incredibly strong, I have no doubt, and he's definitely going to push me all the way."

In the interim, Russell's side of the Mercedes garage is leading the team in terms of results and points. But the Briton warns that gains from here will be few and far between if the Brackley squad continues to struggle.

"In terms of results we're definitely getting the most out of it and things have definitely fallen our way in these first four races," he said.

"It gives me and I'm sure it gives the team confidence that when the car improves, we'll be there to get even more points on the board.

"But as I said before this weekend, we can't sustain this level of these results if we don't improve the pace of the car."

Ferrari supportive of Leclerc's decision 'to push' at Imola