Alex Albon continues to make the most of the opportunities that come his way, with the Williams driver nearly scoring at Imola his second top-ten finish in succession.

Albon failed to set a time in qualifying due to a brake failure which left the Williams charger P18 on Sunday's Emilia Romagna Grand Prix grid.

But a strong start in the challenging damp-to-dry conditions elevated the Anglo-Thai racer to 12th by lap 20 where he would remain - sandwiched between Alpine's Esteban Ocon and AlphaTauri's Pierre Gasly - until the checkered flag 43 laps later.

However, Albon was classified P11 as a result of the five-second time penalty handed to Alpine's Esteban Ocon for an unsafe release.

Although he made the most of the circumstances, Albon felt that his efforts deserved a championship point. 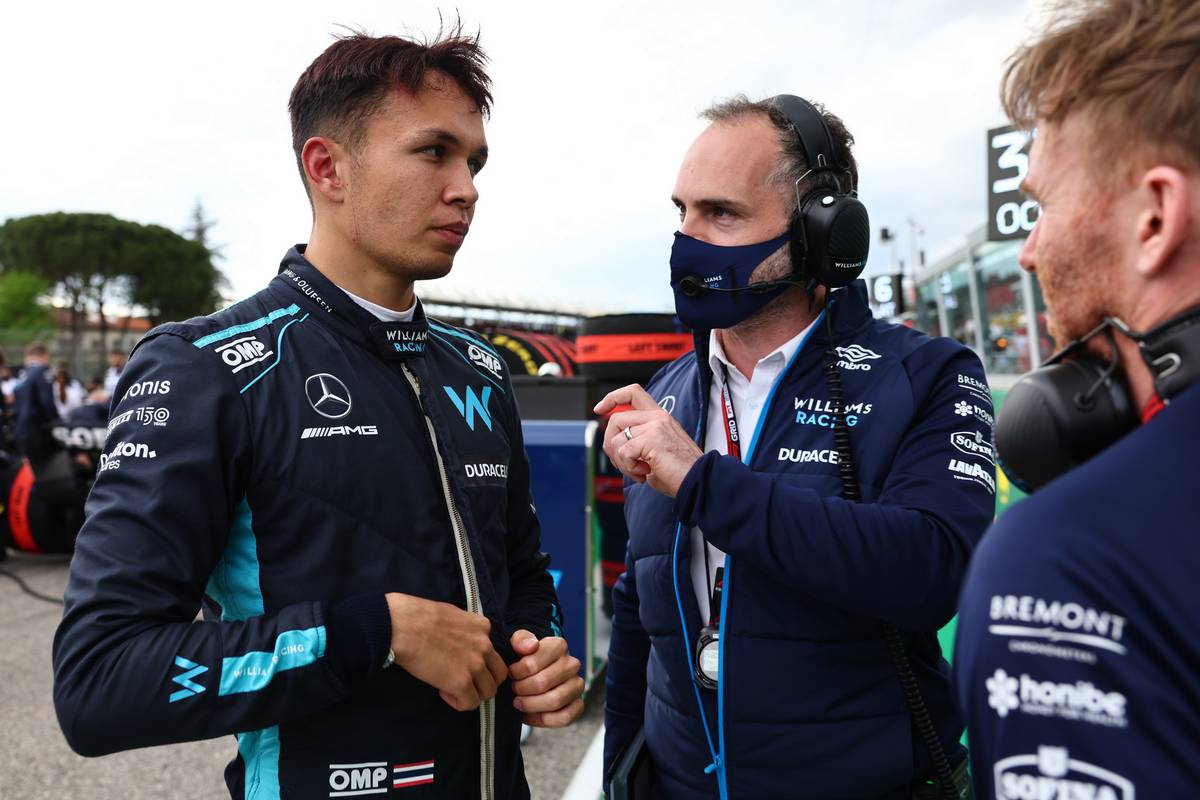 "We maximised what we could do," explained the 26-year-old. "We overtook some cars on-track, with pace, and then they were quicker than us, and we held off.

"We obviously had a low downforce configuration for this weekend: not fun for the others, but for us, it kept us in front.

"We don't have the fastest car out there, but we're making the most of our opportunities, and I feel like it's a shame we missed out on points by one position.

"But it just shows you that we're taking opportunities and we're doing things different, and we almost made it work again [after the Australian Grand Prix]."

At Imola, the early precarious track conditions delayed the activation of DRS. Drivers began to swap their intermediate tyres for slicks around lap 16, yet race control waited until lap 35 before enabling F1's Drag Reduction System.

Albon reckoned that an earlier activation would have helped him move forward although he wasn't sure he would been able to hold his own in the middle of the pack.

"I was wanting it to come out earlier, because I had six or seven laps when I was a lot quicker than the cars in front, and I knew, with our downforce level, we could overtake these cars straight away with DRS," he said.

"I was a bit frustrated that it took so long to come in. Obviously, once it did come in, I was wishing it hadn't!”

"Alex drove really well, spending his entire stint on the Medium tyres both in the dirty air from Ocon and with Gasly constantly applying pressure behin," he said.

"It’s a shame we couldn’t get a few more places when we first switched to the Medium tyre as the car was working really well at that point. However, it was a good recovery from a difficult weekend."