McLaren is seeking "total transparency" from the FIA on Ferrari's recent tyre test during which the Italian outfit swapped the floor on its F1-75.

Last week, in the wake of the Emilia Romagna Grand Prix, Ferrari took part at Imola in a Pirelli tyre test.

Teams are not allowed to run development parts in the sessions or any element that hasn't been previously used during a race weekend or pre-season testing.

But it came to light that Ferrari changed the floor on the car it assigned to the test, with Carlos Sainz using in the afternoon a different spec part than Charles Leclerc had used in the morning.

A subsequent inquiry by the FIA revealed that Ferrari had complied with the rules, according to the governing body, with the Italian outfit admitting to swapping the floor as a result of Leclerc damaging the element.

But McLaren boss Zak Brown doesn't feel satisfied with the FIA's explanations and urges the governing body to provide a detailed account of Ferrari's floor swap and proof that the element complied with the rules. 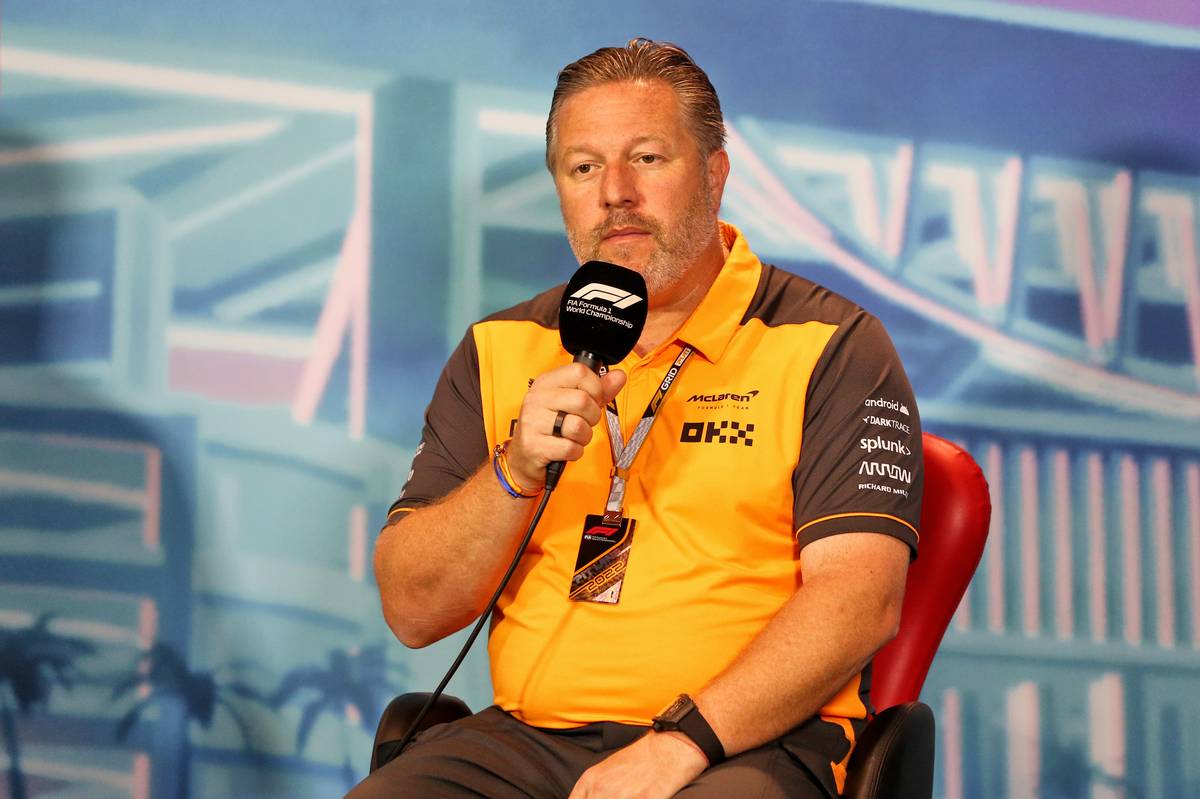 "I think what's important is that we do have total trust in the FIA to police the sport, whether it's at a test or a race weekend," said Brown. "But then we also need total transparency.

"It's been suggested, or so I've heard, that maybe it was an older floor. Maybe that was the case. But I think what's important is that if that's the case, demonstrate that to the teams: just give us confidence that it's been policed appropriately in total transparency.

"We've had in the past, not long ago, an engine violation a few years back, and then there was a significant fine. We don't know how much and we also don't know exactly what was done.

"I think in today's day and age, total transparency will help the sport understand what happened, why it happened and what's been done about it."

Alpine CEO Laurent Rossi agreed that FIA needs to provide teams with more than just its word on the matter to alleviate any suspicions.

"I wouldn't point a finger yet, because I don't know the details, so that wouldn't be fair," he said. "But at the end of the day, what we need is transparency.

"We need to know if there was something wrong or not and, if there is, what's the outcome? The most important is that we don't need a veil."

"The FIA just needs to be on top of these things," added Mercedes boss Toto Wolff.

"It can't be that any team runs component in an environment it shouldn't be doing. And I guess if the FIA was not 100% on it, I'm sure they will be now."

"It's for the FIA to do that police work and due diligence, because what we certainly want to avoid is because these cars are so immature, it's still very early in their development stage, that tyre tests don't turn into aerodynamic or performance development tests," he said.

"That is not the purpose of those tests."