Red Bull's Sergio Perez led the field in Saturday's final practice ahead of qualifying for the Miami Grand Prix, the Mexican clocking in with a 0.194s advantage of Ferrari's Charles Leclerc.

Perez's teammate Max Verstappen was third fastest but suffered a near-miss in the closing stages of a session in which Alpine's Fernando Alonso and Aston Martin's Sebastian Vettel finished respectively P4 and P5.

In the Mercedes camp, Lewis Hamilton and George Russell were unable to uphold their pace from Friday, the pair concluding FP3 well down the order.

In the early part of the session, a mishap by Esteban Ocon at Turn 14 sent the Frenchman into the wall, the off-track excursion heavily damaging the left side of the Alpine.

Scorching temperatures in Miami were the norm once again at the start of the final dress rehearsal before this afternoon's qualifying, with 49.3°C burning on the track and air temps of 32.8°C.

The circuit underwent more resurfacing overnight, with a few damaged patches identified around Turn 17. But track evolution was expected to play a big role in every drivers' ability to improve their performances.

Several drivers – Max Verstappen, Valtteri Bottas and Carlos Sainz – head into the session in catch-up mode following their trials and tribulations on Friday, and were therefore hoping for a clean session.

The reigning world champion unsurprisingly led the field out on the track when the lights went green and the Dutchman set the first benchmark. 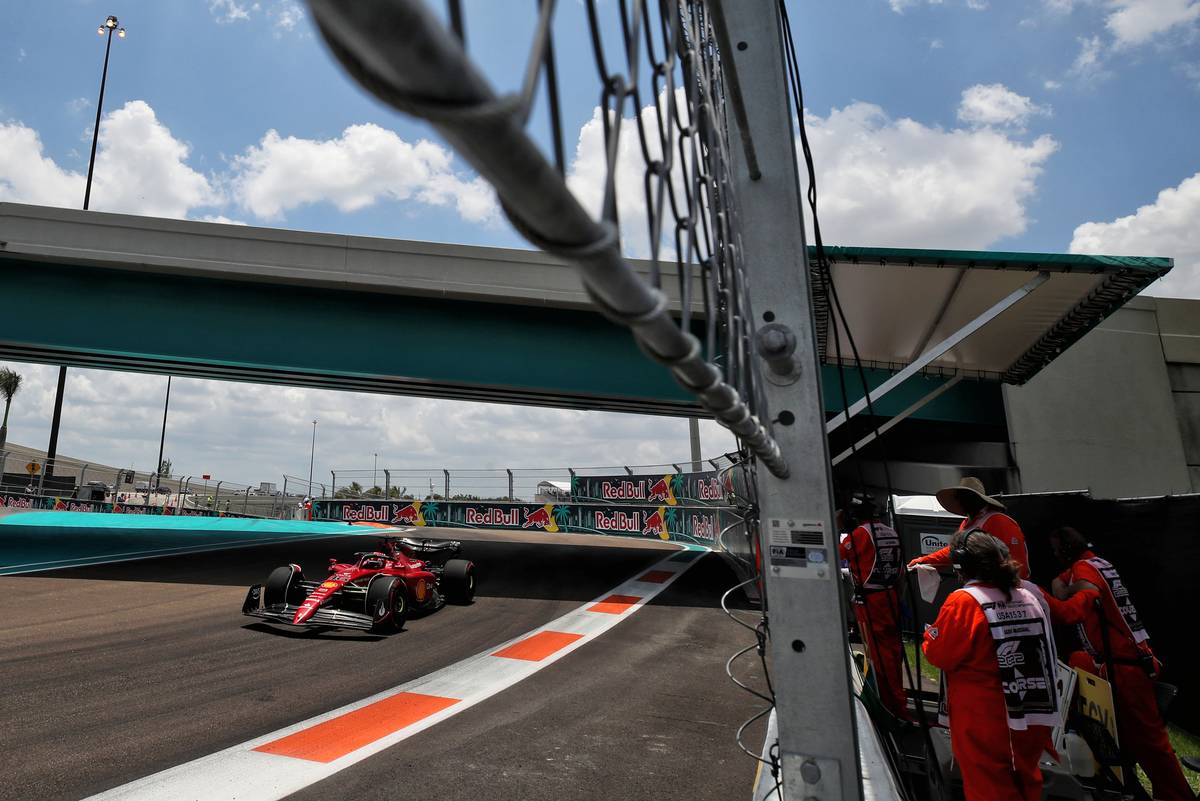 But track conditions remained precarious, with grip at a premium at the outset, as Alpine's Esteban Ocon painfully demonstrated when he hit the wall at Turn 14 in a perfect remake of the crash suffered on Friday by Carlos Sainz.

While Ocon was fine, the A522 came off worse and guaranteed that there would be no lunch break for the Frenchman's Alpine crews.

After a lengthy red flag, the session resumed with 30 minutes left on the clock and Verstappen leading Leclerc, Sainz, Mick Schumacher and George Russell.

With 20 minutes to go, positions shuffled behind Verstappen and Leclerc, with Bottas popping up to third ahead of Russell and Hamilton. But Gasly then slotted himself into P4, behind Bottas and in front of the two Mercedes drivers. 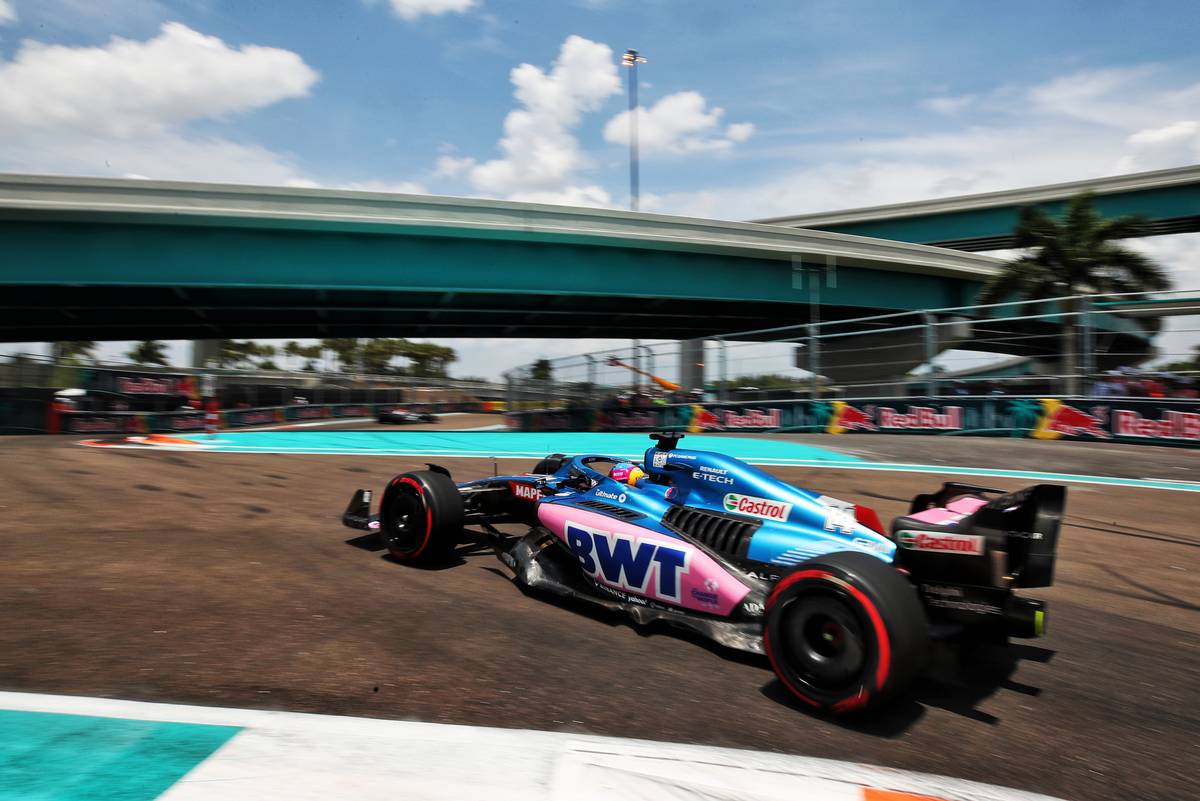 As drivers upped the pace, Leclerc took top spot, but the Scuderia driver was overhauled in short order by Perez and then by Verstappen as the Bulls led the field.

As the track continued to evolve, fast laps on soft tyres continued to come in, with Perez reclaiming the lead from his teammate, while Aston Martin's Sebastian Vettel clocked in P4 just behind Leclerc.

A hot lap by Verstappen ended with a half-spin and a near miss for the Dutchman at the treacherous Turn 14-15 complex.

As the checkered flag was brandished, Leclerc gained a spot to conclude FP3 just 0.194s behind pacesetter Perez.

Verstappen and Alonso rounded off the top five, but Schumacher clocked in an impressive sixth, the German outpacing Sainz, his teammate Kevin Magnussen, Alex Albon and Lando Norris.

In the second half of the field, Mercedes' contenders were unable to replicate their form from FP2, with Hamilton and Russell setting the 15th and 17th fastest times.