Charles Leclerc was delighted to claim pole position for this weekend's inaugural Miami Grand Prix, as part of Ferrari's first front row lock-out since Mexico in 2019.

Leclerc had been quickest in both of the first two rounds of qualifying on Saturday at the Miami International Autodrome, but had to keep his cool when it came to claiming pole at the end of Q3.

Max Verstappen had set the initial benchmark, and with one final run left both drivers then made an error at turn 5. In the Red Bull's case it was enough to foce Verstappen to abort his lap and hope the existing time proved good enough.

But Leclerc was not only able to keep going, he improved on his time to pip Verstappen's benchmark by almost two tenths of a second.

It was welcome retribution for Leclerc, who made an error in the final rounds of the last race at Imola that cost him a podium position in the Emilia Romagna GP and cut his lead over Verstappen in the drivers standings down to 27 points.

"The last weekend hasn't been great for me," he told the media in parc ferme after the end of qualifying. "I did a mistake in the race. But today went well, so we're starting on pole and we need to finish the job tomorrow."

While he might have come out on top today, Leclerc is keenly aware that Red Bull represent a potent threat for the race.

"They are extremely quick in the straight lines," he commented. "We are quick in the corners [so] it will be a tight challenge tomorrow. Hopefully we'll come back on top." 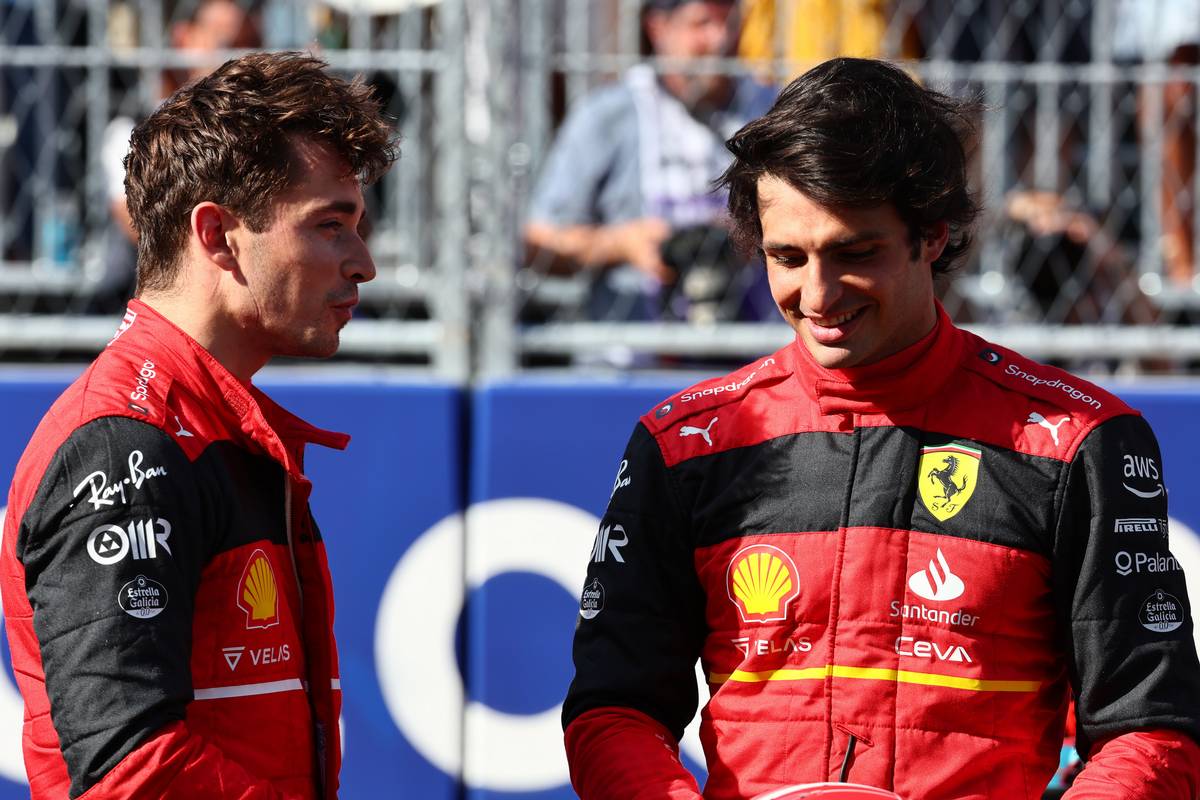 But Leclerc was happy to take in the moment of securing his third pole of the season for Ferrari, and his 16th since he joined the team in 2019.

It was certainly appreciated by the passionate fans in Miami who were there to cheer him on. "The fans are crazy," he said. "It's incredible to be here in the US and to see how much the sport has grown over the past few years.

"To see so many people in the grandstands definitely motivated [me]," he added. "There are also a lot of Ferrari fans, so it's amazing."

The fans were also delighted to see Leclerc's team mate Carlos Sainz pip Verstappen for second place at the end of the session, giving Ferrari it's first one-two grid lock-out of the year.

The last time two ferraris started from the front was in Mexico, two and a half years ago, after a grid penalty demoted Verstappen down the order and left Leclerc on pole with Sebastian Vettel alongside.