Whatever result awaits Daniel Ricciardo next weekend in Spain, the McLaren driver heads to Barcelona on the verge of a historic F1 milestone.

Next Sunday, Ricciardo should start his 216th Grand Prix, surpassing countryman Mark Webber as the Australian driver with the greatest number of F1 race starts under his belt.

The Honey Badger started his career at the pinnacle of motorsport at Silverstone in 2011 with minnow outfit HRT. Ricciardo scored his first championship points the following year with Toro Rosso at his hope race in Melbourne.

He stepped on to the podium for the first time in Barcelona in 2014, just two races before winning his first Grand Prix in Montreal.

Seven more wins followed, the most recent of which was his remarkable triumph last year in the Italian Grand Prix at Monza.

But Ricciardo's focus next weekend won't be on celebrating his historic Australian landmark but on returning among the top-ten on race day after his pointless run last time out in Miami. 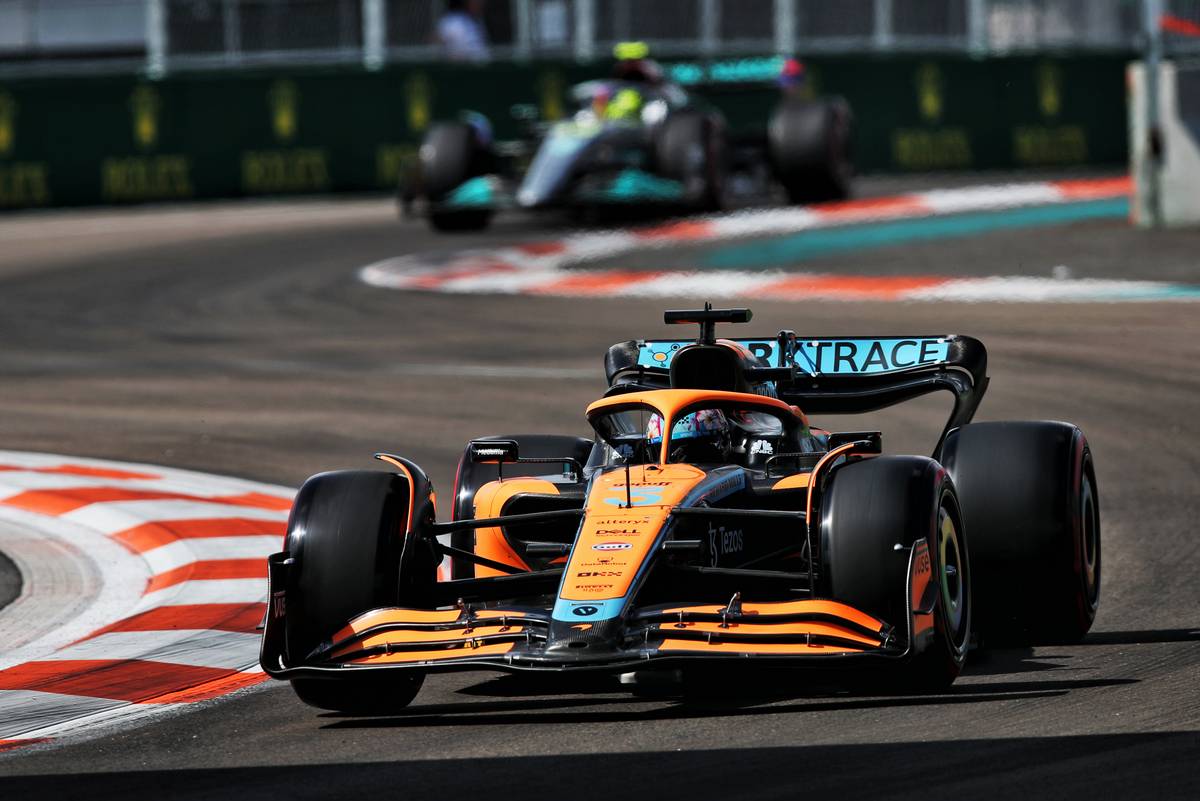 "I’m looking forward to going to Spain! There were some good battles in Miami with great support as always from the fans, but it proved to be a tough circuit for the team," commented the McLaren charger.

"Looking to Spain, we have to keep a positive mindset and apply everything we learned from last race weekend.

"Spain was a good race for me last year so I’m looking forward to getting back out there in the new regulation cars and really get the most out of the MCL36.

"Having tested here back in February, we have more of an idea on what to expect under the new regulations than we do at other race weekends.

"It will be good to see where we can make improvements and put the upgrades we’re bringing to the test.

"Our performance since Bahrain has showed we can consistently fight for the top 10, so it will be great to get back on track and keep at it. We’ll keep pushing and keep coming back stronger."

In Spain, McLaren will rely on several upgrades to boost the performance of its Mercedes-powered MCL36.

"We are bringing some upgrades to the car for the weekend," commented team boss Andreas Seidl.

"I know it’s been an extremely busy week or so for many of the teams making changes ahead of Barcelona so it’s going to continue to be a tight fight for points.

"We performed well at this track in pre-season testing so it will be interesting to see how our car will perform with the upgrades we’ve made since then.

"Hopefully we can have some good battles and get both cars back into the fight for good points."