It was quite an eventful day for Haas driver Mick Schumacher on Saturday at the Circuit de Barcelona-Catalunya.

It started badly when his rear brakes dramatically caught fire midway through final practice for the Spanish Grand Prix. By the time he made it back to pit lane there were big flames shooting out of the back of the VF-22.

The team had to work hard to repair the damage to the rear of the car, and also carry out a precautionary gearbox change before the start of qualifying.

Although he was a little late taking to the track, he still made it in time for Q1 and finished the first round in 11th place, getting him through to Q2.

Although it was a bit of a last minute affair - helped by Lando Norris having his fastest lap deleted for fractionally exceeding track limits - Schumacher also succeed in finding enough pace to survive the next cut.

That put him through to the final top ten pole shoot-out for the first time in his F1 career, and means he will start tomorrow's race from P10.

“We’re obviously happy about getting into Q3," the 23-year-old German said after the end of the session. "Even though it didn’t really look like we were on the pace, we still managed to do well.

"Not having driven FP3 definitely put a spanner in the works," he admitted. "But we managed to overcome it, so I’m very happy about today and very thankful for the team."

Schumacher had previously started the Emilia Romagna Grand Prix from tenth place on the grid, but that was due to penalties and pit lane starts for drivers ahead of him on the grid. 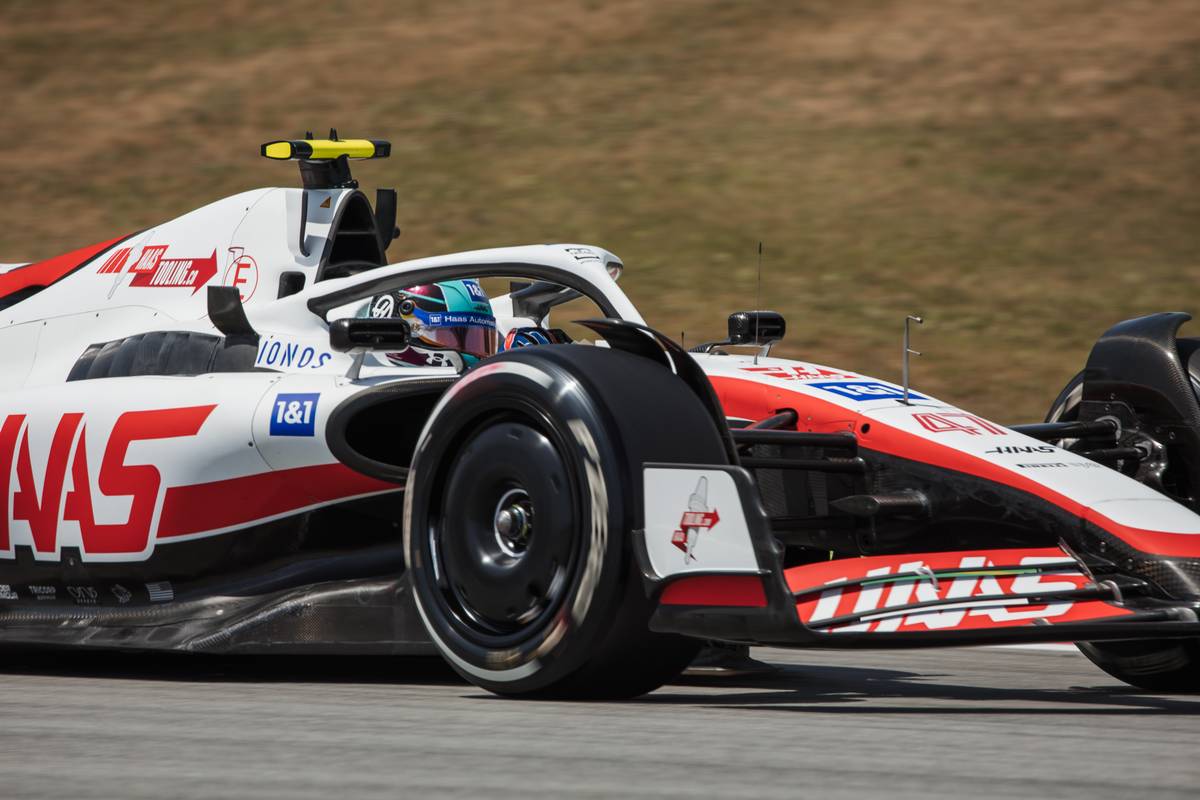 His previous best qualifying performance in 26 appearances in F1 had been in the 2022 season opener in Bahrain where he was 12th fastest.

Haas' success in getting both Schumacher and his team mate Kevin Magnussen through to the top ten in qualifying is particularly noteworthy as they are the only squad not to have brought major upgrades to Spain.

"It felt great knowing that we haven’t brought any updates and a bunch of teams have," Schumacher beamed. "Knowing that we’re still in that ballpark is definitely a good feeling.”

Haas team principal Guenther Steiner agreed that it was a very good result after what had been "a pretty nerve-racking day in total!"

"In FP3 Mick had the issue with his rear brakes, and the hard work the guys had to do to get the car ready for qualifying – they did a terrific job to get it there just in time. You can’t ask for more of the team.

"Two Haas cars in Q3 for the first time since 2019!" he said. "I think it shows that we’ve made progress in the last races and it’s fantastic