Carlos Sainz says that this year's F1-75 is a very different beast from last year's Ferrari, and is rather more of a handful.

Sainz has had a number of incidents and accidents in the new car since the start of the season, and is lagging behind his team mate Charles Leclerc in the championship standings when they were much more evenly matched in 2021.

But today it was Leclerc's turn to make a mistake in qualifying, spinning on his first flying lap in the final round, although he still managed to recover and clinch pole position with his second all-or-nothing second run.

Leclerc subsequently told the official FIA press conference that "I just tried to do too much and it was my mistake, nothing to do with the car.

"I don't think it's particularly tricky. Obviously, those cars in general, you may tend to play a little bit more with the rears."

Sainz meanwhile was third quickest and will start from the second row behind Leclerc and Red Bull's Max Verstappen.

"I do find it a bit tricky, snappier and a bit more pointy than last year's car," Sainz admitted when asked why he wasn't able to match Leclerc's pace this season as he had done previously. "That's one of the reasons why probably I'm still not quite there.

"I can see Charles is obviously happier with it and playing with it a lot more than I am," he added. "[It's] giving him that lap time edge over me recently. 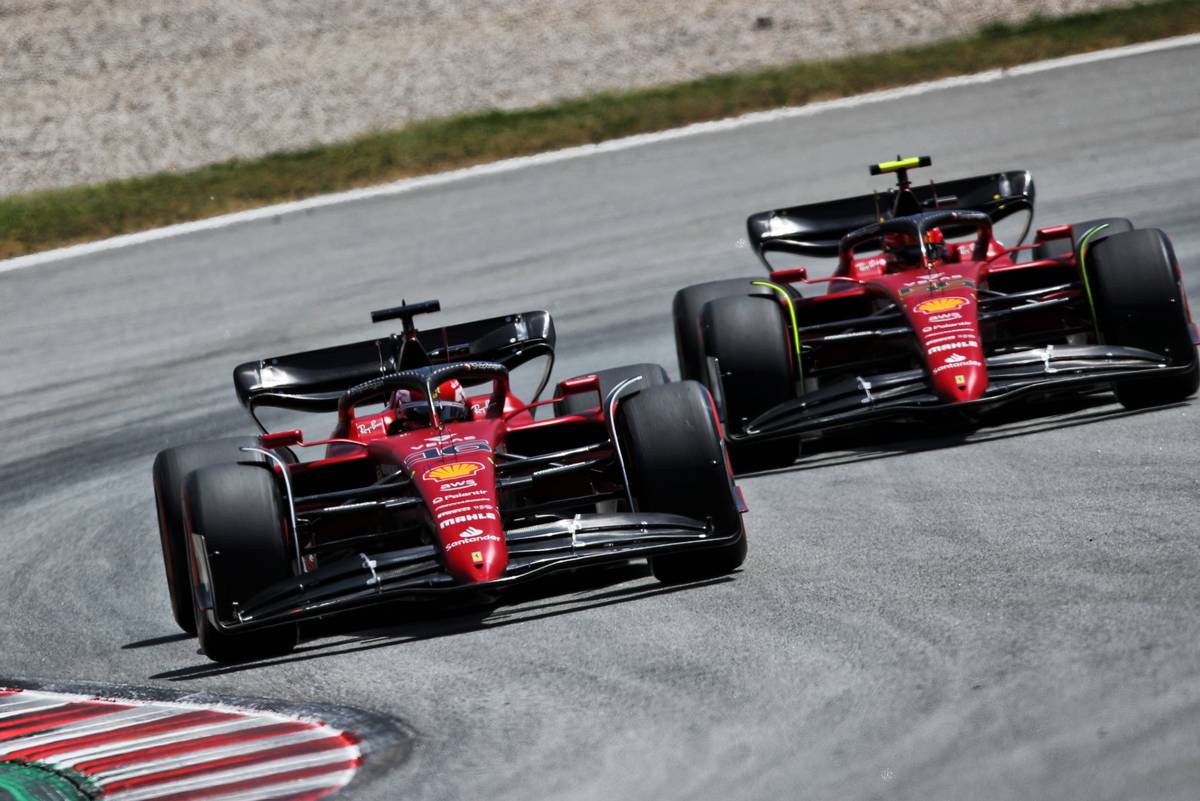 "But it's a fast car which is the important thing," he emphasised. "I just need to get used to it, used to this feeling of playing with the rear a lot more.

"I'm doing my homework in the simulator and at the track every time I go out," he added. "I try to push myself to get used to this balance. I will get there."

Sainz and Leclerc have both expressed concerns that when it comes to long distance race runs, Red Bull is proving kinder on its tyres than the Ferrari which is giving them the upper hand in Grands Prix.

When it comes to this weekend in particular, Sainz says that the hot temperatures in Spain were holding him back as the rear tyres were degrading quicker than the front, affecting the handling of the car. 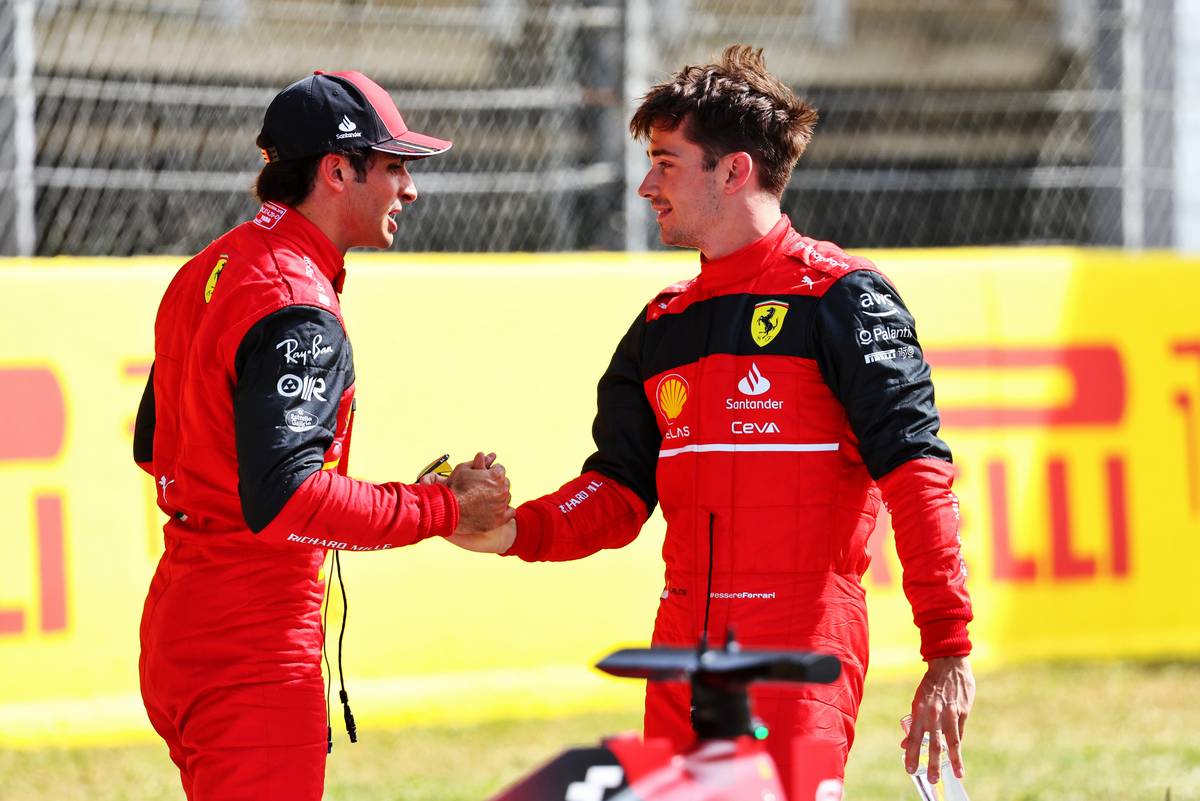 But after a lacklustre performance on longer runs in Friday practice - where Leclerc was four tenths slower on the medium tyres than Verstappen - Sainz felt that the team had "found something" overnight in time for final practice.

Leclerc agreed, noting: "We've done a bit of a long run which was much better compared to yesterday.

"Unfortunately, we didn't have any other references because we were the only ones doing long runs [in FP3]," the Monegasque added.

"It feels like we found something, but whether it's going to be enough to challenge Max and Checo I don't know"