Ferrari says it has no explanation yet for the sudden issue that sidelined Charles Leclerc from Sunday's Spanish Grand Prix.

Leclerc was leading the race in Barcelona by a comfortable eleven-second margin over Mercedes' George Russell after championship rival Max Verstappen was demoted from second to fourth following a mistake by the Red Bull driver in the early stages of the race.

But on lap 27 of 66, Leclerc suffered a sudden loss of power that surprised the Monegasque as much as it did his team, as telemetry data had indicated no warning of a developing problem.

"It was a sudden issue," said Scuderia boss Mattia Binotto. "I think we learned it first from Charles, first going on to the radio, and then from the engineers looking at the data. So it was really sudden.

"We do not have yet an explanation. So the power unit will be [sent] back to Maranello, travelling during the night, and we will disassemble it tomorrow morning." 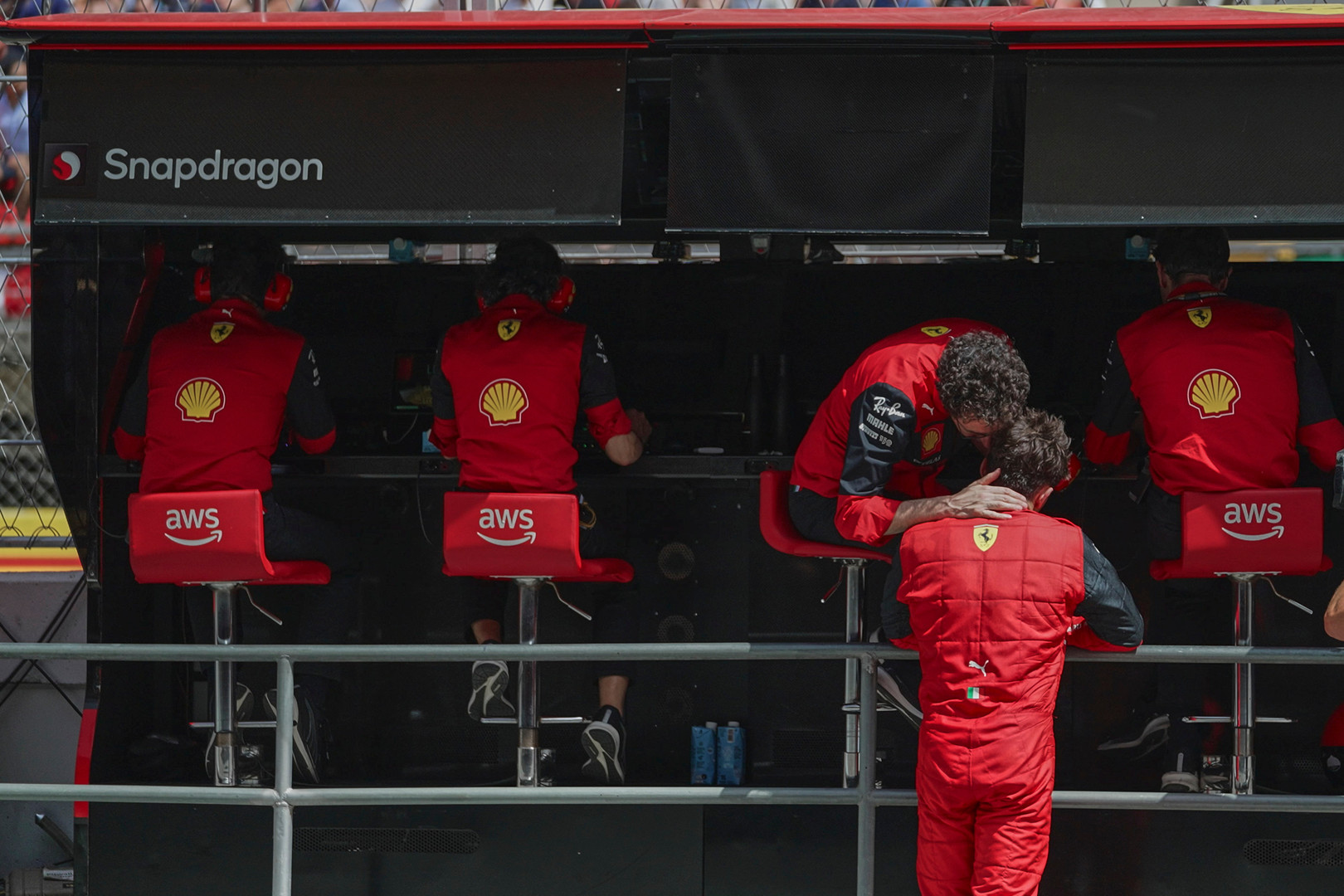 The reliability issue coupled with Verstappen's win proved costly for Leclerc as the Dutchman now leads the title fight, albeit by just six points over the Ferrari driver.

Leclerc reckoned that the update gains delivered to the Scuderia's F1-75 in Barcelona, including improvements in the car's tyre wear, would have allowed him to hold his own at the front of the field against Red Bull's duo of Verstappen and Perez.

"With the laps I had done, honestly, everything was going really, really well," said Leclerc.

"I think it would have been difficult for them to catch back because obviously there was already quite a bit of a gap, and we had a very good degradation also on the soft tyre.

"We could do quite a few more laps compared to them. So yeah, overall, I think we had the race under control."