Fernando Alonso admitted to not feeling proud of himself for imposing extra work and costs on his Alpine team due to his late crash in qualifying in Monaco.

The Spaniard's first hot lap in Q3 was good enough for seventh but a second flyer ended in the barrier at Mirabeau just after he had been warned over the radio by his race engineer about Sergio Perez's smash up at Portier a little further down the road.

"I lost concentration, so I braked too late, and locked the tyres," Alonso explained.

"Obviously I have to apologise to the team because, apart from the positions that you could make, every mistake this year costs money for the cost cap.

"So I’m not very proud of the qualifying today, but nevertheless, hopefully tomorrow I can do a better job." 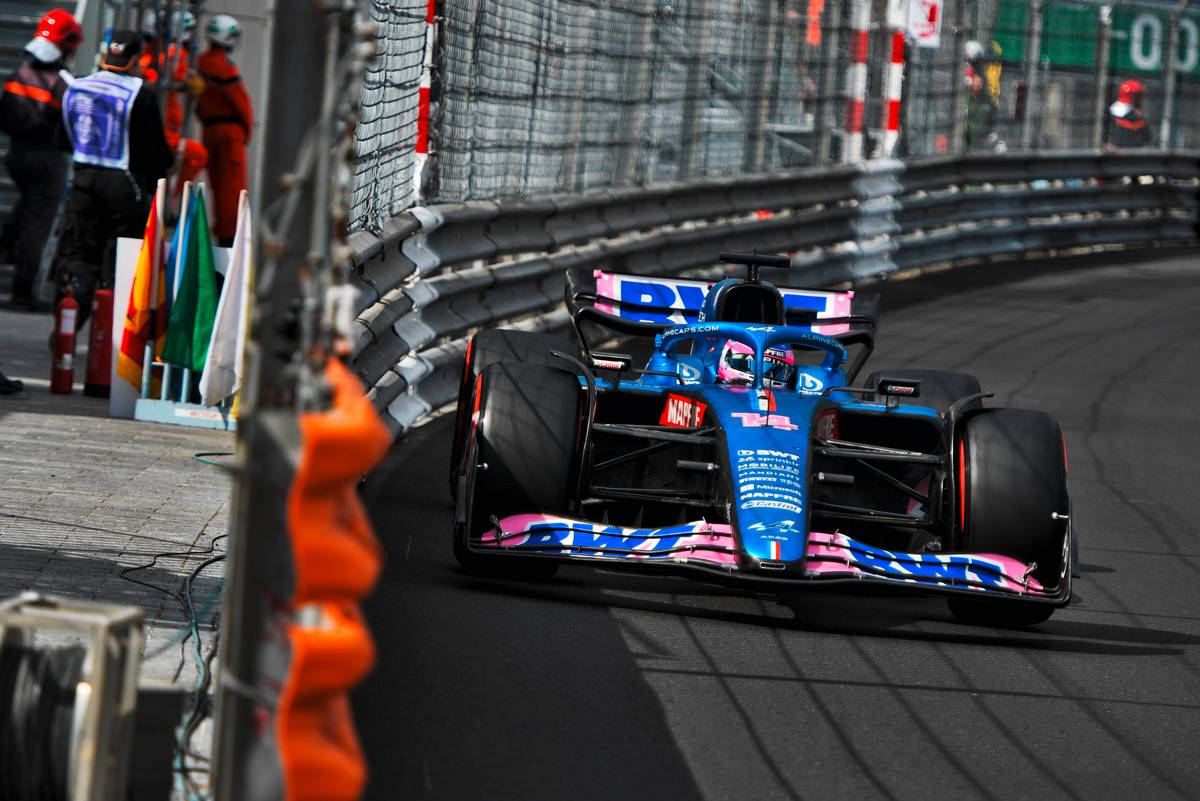 Alonso felt that a final clean lap could have yielded a better final result as his car had improved from the day before.

"I think it was better today than yesterday," he said. "In Q3 we had two new sets of tyres and the first attempt I was P5. So I was hoping on the second attempt to improve that.

"Even without my mistake it was a red flag anyway because of Checo and Carlos, so P7 is what it is today."

Fortunately, the damage that resulted from Alonso's mishap was relatively limited.

"It’s fairly minor," confirmed Alpine team boss Otmar Szafnauer. "Especially in comparison to how big crashes can be around Monaco, so the car will be fixed and ready for tomorrow’s race."

Rain tentatively forecasted for Sunday in Monaco would likely level the playing field but given a choice Alonso would prefer "a dry and boring race".

"Being seventh and in the points already for us is a good position," he said. "A dry, boring race will be preferred.

"If the rain comes it could be very chaotic, with lots of safety cars and red flags.

"You can be on the podium or you can finish on the first lap against the wall because you are aquaplaning in one place and that’s it.

"I'm sure it will be great to watch on TV, but very stressful inside the car!"