Mercedes says Lewis Hamilton would have been able to challenge Lando Norris and perhaps teammate George Russell in Monaco had the Briton not been held back by traffic for most of the race.

From the outset in last Sunday's race, Hamilton was faced a Franco-Spanish roadblock, with Alpine's Fernando Alonso preceding the seven-time world champion from start to finish, save for a few laps when the Mercedes driver was forced to deal with Esteban Ocon, Alonso's teammate.

But Mercedes Trackside Engineering Director Andrew Shovlin believes Hamilton could have battled with Russell and Norris, who finished respectively P5 and P6, had his pace not been hindered by Alonso.

"The frustration with Lewis’s Monaco race was that he spent almost all of it in traffic," Shovlin said on Mercedes' Q&A debrief on YouTube.

"He didn’t get many laps to show what he could actually do but the car was working reasonably well.

"We haven’t got the pace there to compete with the Ferrari and the Red Bull but certainly he would have been in amongst that battle with George and with Lando."

Hamilton's run-in with Ocon in the first part of the race was a two-part affair, with the Frenchman penalized with a five-second penalty for a contact at Ste Devote. 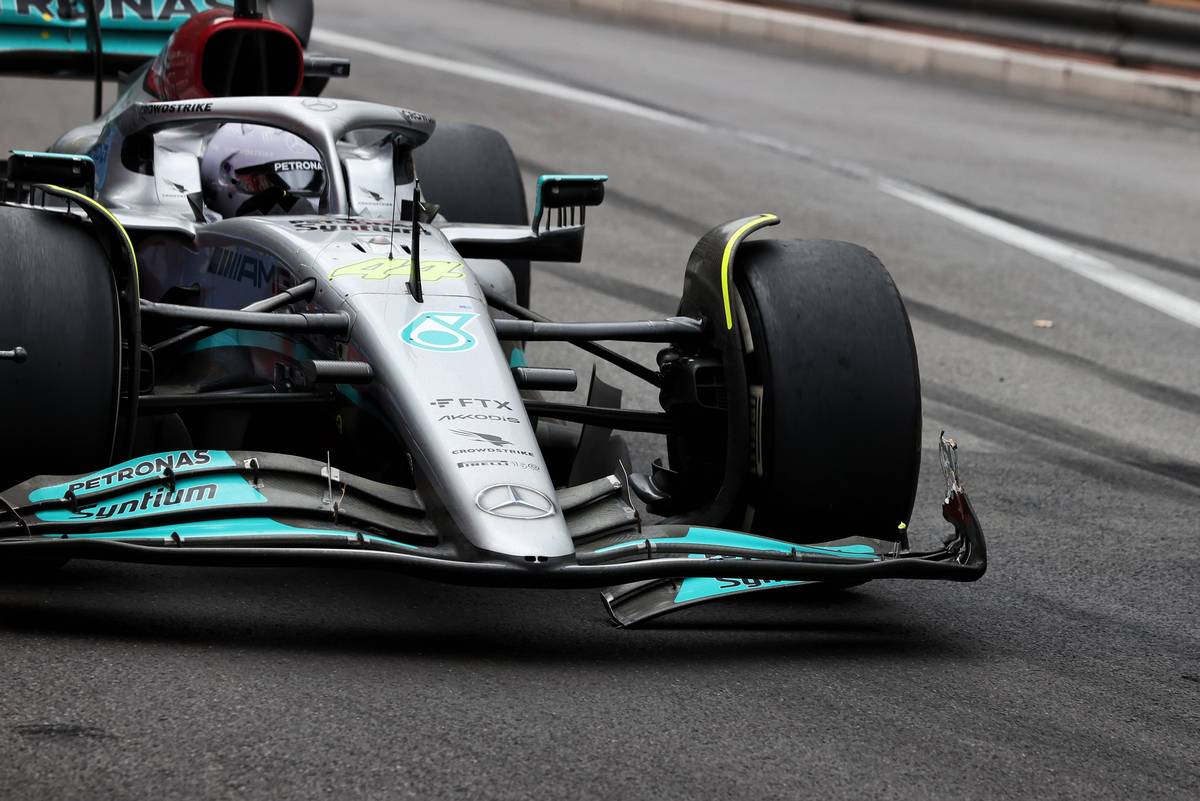 But unbeknownst to many, the pair came together a second time, and that clash resulted in a damaged front wing for Hamilton which added a couple of tenths to his pace according to Shovlin.

"It wasn’t too big a number," said the Mercedes engineer. "Looking at the data we get off the car, it was around one to two tenths of a second.

"So not large and conveniently the red flag allows us to repair any accident damage, so we could swap that front wing without actually having any time penalty for doing the work during a pit stop.

"More pleasing was that that was the only damage that we had over the course of the Monaco weekend.

"So, really good job by both drivers to bring the cars home more or less intact."

Ricciardo: 'FEA' acronym on helmet 'not directed at anyone'