Although Pierre Gasly was the main victim of Red Bull's decision to extend Sergio Perez's contract until the end of 2024, but the AlphaTauri driver says the team's decision was absolutely "logical".

Following Gasly's excellent results with the sister bull outfit last year and this season, many in the F1 paddock felt that the Frenchman was worthy of a second chance with Red Bull Racing.

But the Milton Keynes-based outfit ultimately opted for continuity for 2023 and 2024 by keeping Perez alongside reigning world champion Max Verstappen.

"What I can tell you is to me it is logical, it is not like it was a surprise because I’m a very objective person," said Gasly ahead of this weekend's Azerbaijan Grand prix.

"Based on what they expect from a second driver Perez ticks all the boxes, he is doing an amazing season, performing very well this season, fast, has some backing financially, has good experience, and is a good fit for the team.

"On the other side the impact it has on my career and with the ambitions I have is obviously affected so that’s what we’re discussing at the moment with Helmut [Marko] to obviously decide what’s best for all of us, and how do we go forward from there." 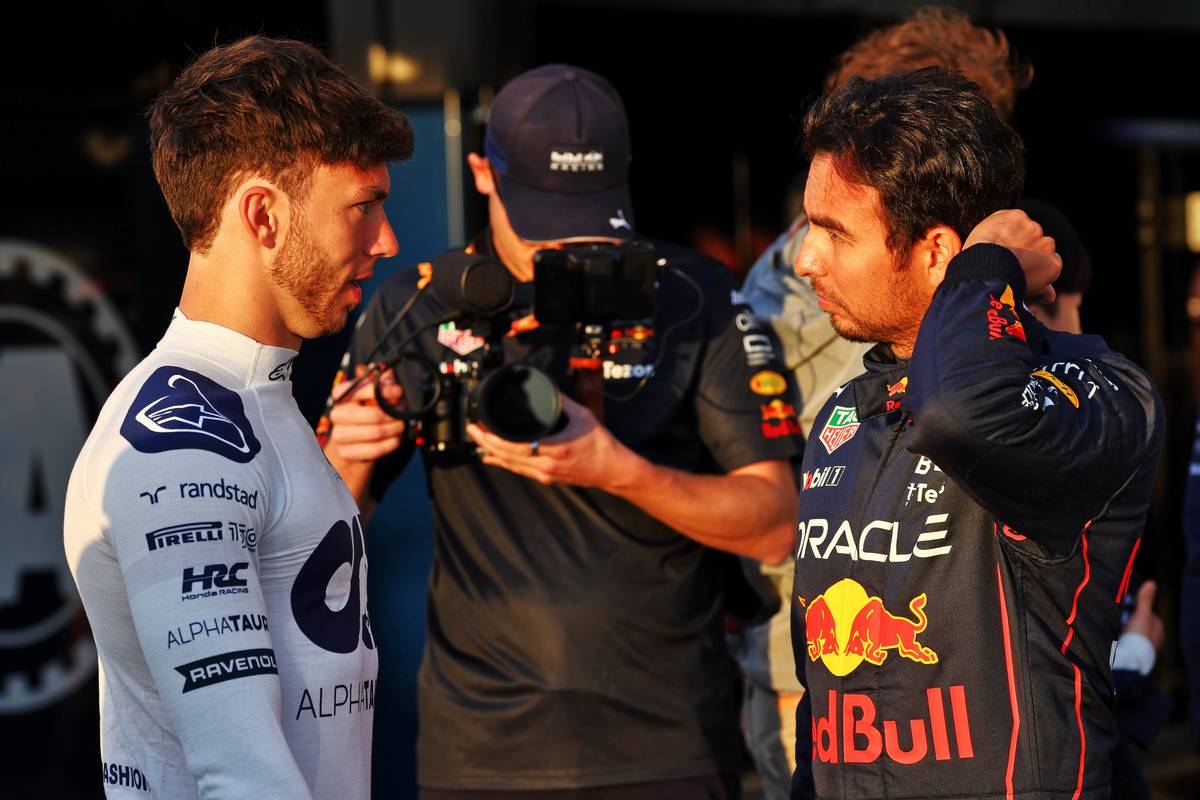 Gasly is contracted to Red Bull until the end of 2023. While AlphaTauri currently isn't performing in the upper tier of F1's midfield where the Frenchman ambitions to be, he remains committed to the Faenza squad, come rain or shine.

But in the longer term, the 26-year-old really aspires to take his career to the next level.

"Obviously I’m committed to AlphaTauri right now and will always give my best to this team, even if we are going through harder times because this year is not as competitive as we would have liked," he said.

"Last year we were qualifying P6 and lining up many times next to Charles [Leclerc] and it’s crazy how in one year how things can change, on one side Charles is fighting for the championship and we’re fighting to make it to the top 10.

"It’s a more difficult time but it’s also I like the challenge of trying to push the team forward.

"Personally, obviously, I have ambitions and my ambitions are more than just fighting for top 10s, that’s not what I work for every day, I want more than that, I want to fight at the front, but priority number one is to perform for AlphaTauri.

"I’ll discuss with Helmut on what’s best for all of us, which we [will] do, and after 10 years of relationship – they’ve known me since I was a kid – they know me exactly.

"We have a really good relationship with Helmut and it’s a matter of finding how to make this work for all of us."