To fully exploit the ground effects of F1's new designs, teams must run their cars as close to the ground as possible. But the set-up has produced a high frequency vertical movement on the straights from which all cars are suffering to a various degree.

Mercedes' W13 silver arrow has been heavily impacted by the phenomenon, but after last month's Spanish Grand Prix, the Brackley squad felt that it had come to grips with the chronic issue, although it was still present in Monaco.

But on Friday in Baku, Mercedes' drivers reported more bouncing, with Lewis Hamilton admitting to feeling "sore" after the opening practice sessions.

"There was a little bit of it [porpoising] but it’s just that the cars are running so close to the ground," Russell said.

"It’s crazy out there through those high-speed corners, the car’s fully bottoming out. I think it’s the same for everybody and it’s really not comfortable to drive." 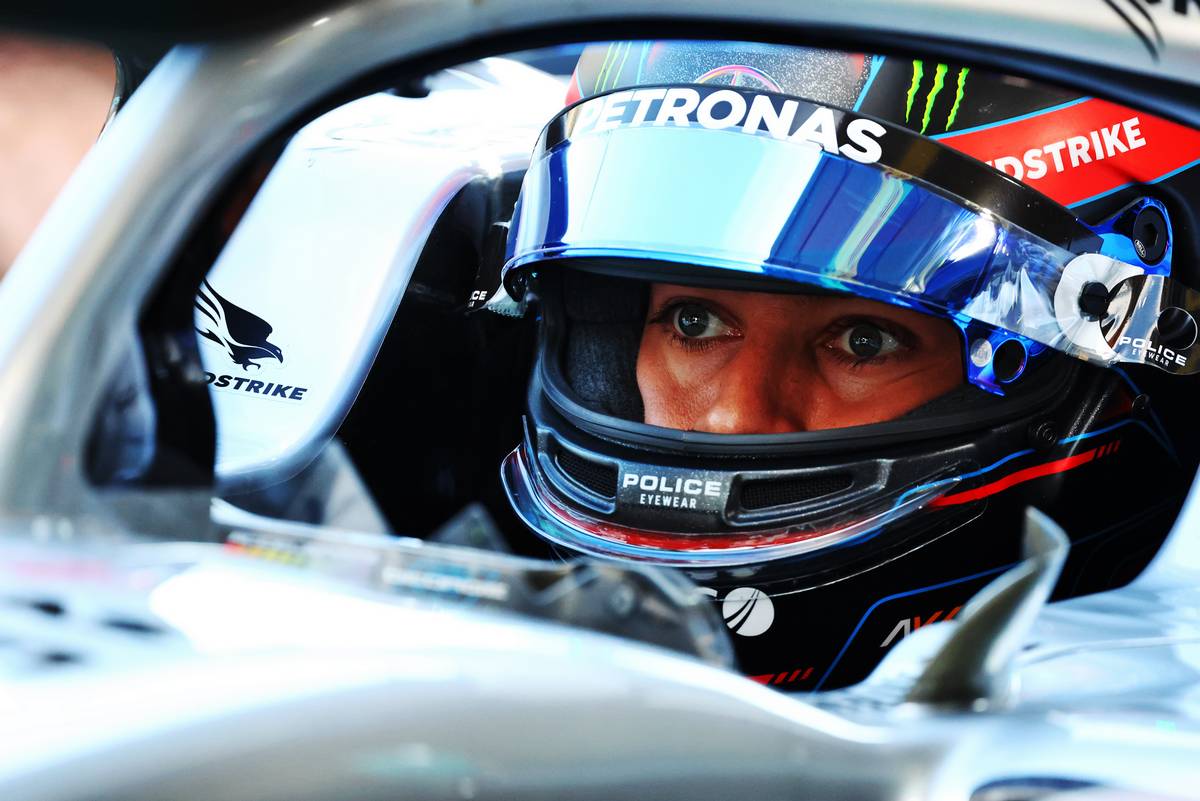 Formula 1's new technical regulations were devised after over a year of research by a think-tank of engineers, and they are set to remain in force for the coming seasons.

But Russell insists drivers can't continue to endure the current and tormenting bouncing phenomenon in the coming years.

"I don’t know what the future holds for this era of cars, but I can’t see us being able to, or I don’t think it’s right to run like this for the next four years or whatever we’ve got," said the Briton.

"So it’s going to be, for all of us, conversations are going to be needed as everybody is in the same boat, really."

Further up the pitlane, Ferrari's Carlos Sainz was also among those who had suffered with "bouncing and bottoming" on Friday.

"There were quite a few challenges during FP1 and I was struggling a bit too much with the bottoming and the bouncing, which made the session quite uncomfortable," said the Spaniard.

And Haas' Mick Schumacher was forced to stop his car out on the track after just a handful of laps in FP1 due to a water leak on his VF-22 apparently produced by his car's bouncing.

"It seems that the problem with the water leak came from the heavy bouncing that we suffered in the first lap, and it just wrecked the plan," said the young German.

"It’s the first time physically that I do feel the effect of it, it’s quite harsh on the body and also on the car, so it’s definitely something to think about for future events."

McLaren drivers thrown off course in Baku by windy conditions