Max Verstappen cruised to an comfortable victory in the Azerbaijan Grand Prix with Sergio Perez making it a Red Bull 1-2 after their rivals Ferrari suffered a nightmare double retirement in Baku.

Mercedes' George Russell extended his unbroken run of top five finishes in 2022 with his third podium of the season, just ahead of team mate Lewis Hamilton who had been able to catch and pass AlphaTauri's Pierre Gasly in the later stages.

Starting from pole position for the sixth time this season, Ferrari's Charles Leclerc had been hoping for better race day fortune in Baku than he'd enjoyed in Miami, Barcelona and Monaco. The Red Bulls of Max Verstappen and most recently Sergio Perez had been proving unstoppable in race trim, with the result that Leclerc's early lead in the drivers championship had been wiped out and overhauled. 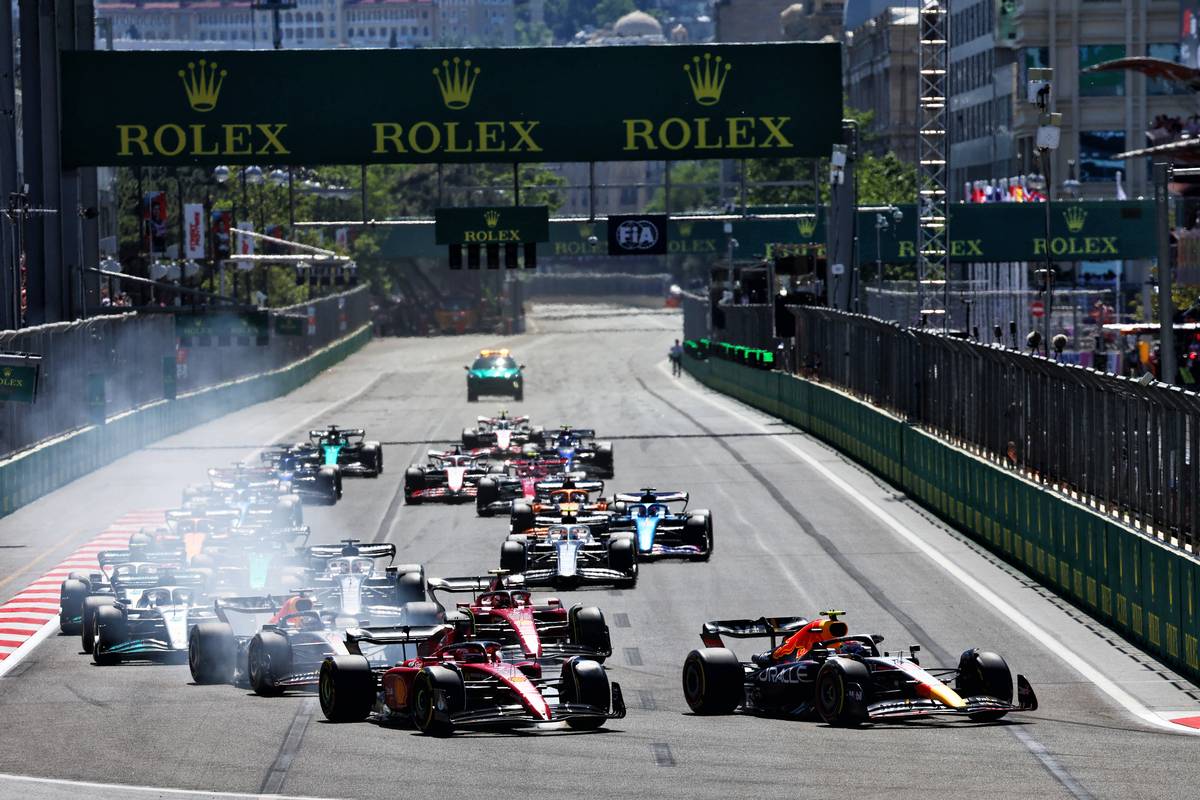 This weekend represented a crucial chance for him to get his title campaign back on track, as Leclerc led Perez, Verstappen and his own team mate Carlos Sainz to the grid in the early afternoon sunshine, the top ten all starting on medium tyres. When the lights went out, Perez complied with the Red Bull pit wall's instruction to 'get his elbows out' and sent it down the inside into turn 1 to claim the lead, while Leclerc had an initially strong start but then ran wide and locked up, nearly losing out to Verstappen as he battled to avoid going off.

By the time DRS was enabled, Perez was already comfortably out of range of Leclerc, who was unable to pull away from Verstappen who was threatening to pounce as the Ferrari struggled to find grip. Sainz had fallen back from the lead trio, with George Russell, Pierre Gasly, Lewis Hamilton and Sebastian Vettel fairly evenly spaced behind him. Running dead last was Nicholas Latifi, after he received a ten second stop-go penalty because a Williams mechanic had touched the car on the starting grid after the permitted time.

While Perez reported that he was starting to struggle with traction after eight laps, Verstappen continued to snipe at Leclerc but could find no way past. Sainz had been dropping further and further back, and on lap 9 he ended up taking to the turn 4 run-off with an audible 'clunk' emanating from the Ferrari as he tried to downshift. As the car crawled to a halt with hydraulic failure, a Virtual Safety Car was deployed and Ferrari reacted instantly by bringing Leclerc in for a 'free' stop - although an issue with the front jack somewhat compromised the stratagem. Many others drivers made the same call, but neither Perez nor Verstappen had the opportunity to do so before the VSC ended. 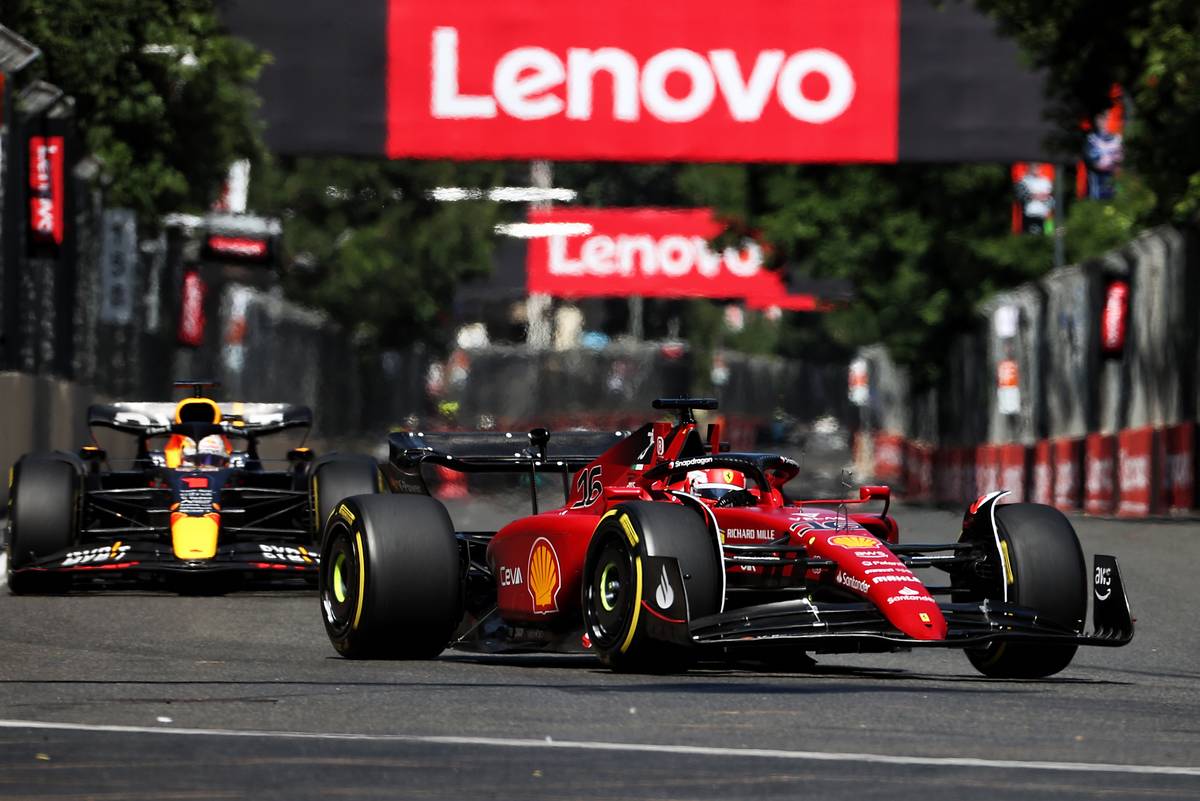 Perez and Verstappen were now in front but yet to stop, while Leclerc and Russell had switched to the hard compound. Alonso had also stayed out and was in fifth ahead of the McLarens of Lando Norris and Daniel Ricciardo, both on their original tyres with the hard-shod Ricciardo itching to get ahead but yet to receive any help from team orders. Gasly, Ocon, Hamilton, Tsunoda and Vettel had also switched to hard tyres, with Vettel having dropped three places after an attempt to pass Ocon saw him overcook it and run on at turn 3.

Lap 15 saw Verstappen close in on Perez, and the inevitable pass was only minimally defended after the pit wall mandated "no fighting" between the pair. Moments later Perez was called in for his pit stop but there was a delay with fitting the right front that cost valuable seconds and meant he dropped well behind Leclerc and only just getting back out ahead of Russell. Behind the Mercedes, Alonso's slow-motion Alpine was holding up a train of cars that stretched all the way back to Alex Albon in 17th.

Alonso finally pitted and released the pressure on lap 20, just after Verstappen had come in from the lead for his own stop - which was again slower than ideal. That put Leclerc back in front by 12s with Perez a further 4s behind. They were followed by Russell, Norris, Ricciardo, Gasly and Hamilton who had succeeded in picking off Ocon for eighth during the time that Alonso had been keeping them packed together. 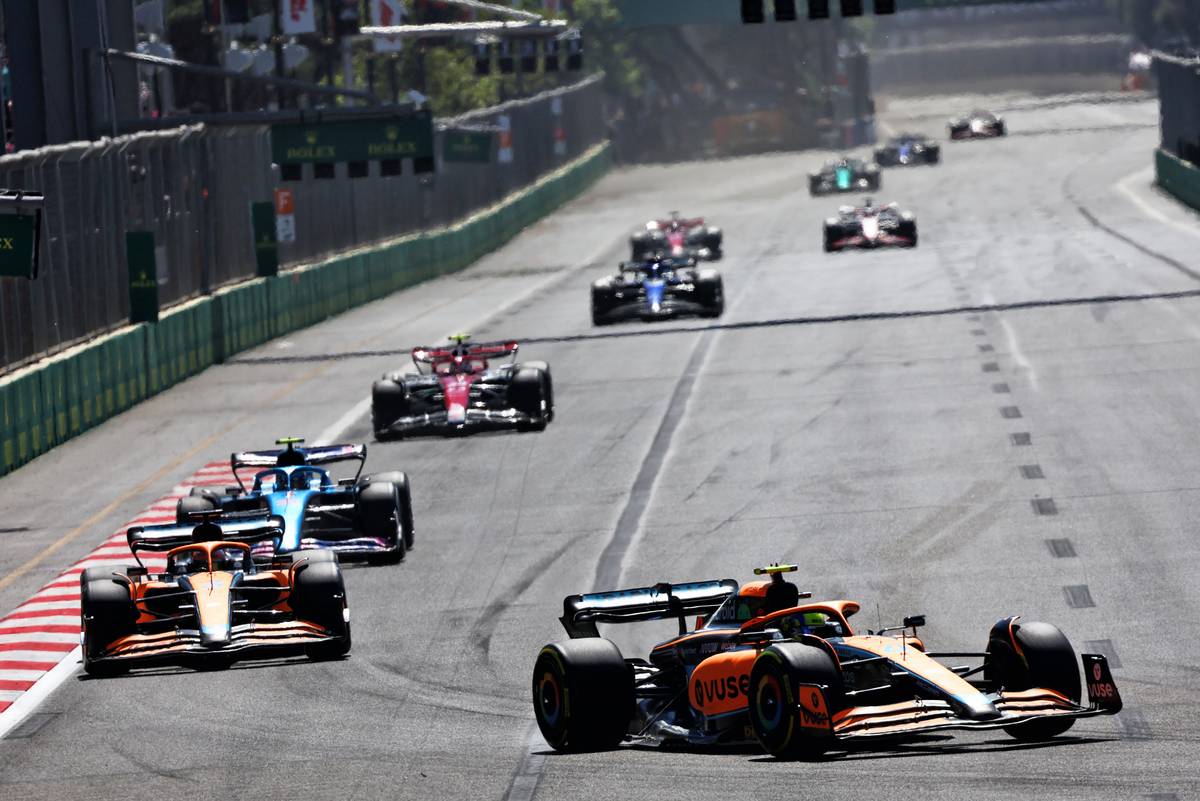 Whether or not Leclerc's opportunistic early stop would prove a winning ploy became moot on lap 21 when the F1-75's power unit abruptly let go, Leclerc howling in anguish as yet another chance of victory went up in dense smoke billowing high into the air above the streets of Baku. Of course, the elimination of the sole remaining Ferrari from the proceedings made the situation infinitely simpler for Red Bull, with Verstappen and Perez now utterly dominant at the front. They could now ease off and protect their engines for the rest of the afternoon.

Norris used the opportunity presented by Leclerc's smokey demise to pit, but was caught out when there was no safety car or VSC and as a result the McLaren plummeted down to P15. Ricciardo - who had started on the hard tyres and so was on a longer first stint - briefly inherited fourth but was then immediately picked off by Gasly, and moments later by Hamilton using DRS. Further back, Zhou Guanyu had been summoned to pit lane by the Alfa Romeo pit wall for proved to be his third technical retirement in four races: "Are you kidding me? Again?" the Chinese rookie cried over the team radio, understandably.

Vettel had been making amends for his earlier mistake and was back up to eighth place behind Tsunoda, having already managed to pick off Ocon. The new set of tyres meant that Alonso had also got around his Alpine team mate, having earlier made short work of Kevin Magnussen, and the Spaniard was now in ninth. Moments later the Haas was pulling over, the victim of yet another Ferrari power unit failure, triggering another VSC that allowed Verstappen and Perez to cruise down pit lane for a new set of tyres - more out of an abundance of caution than necessity. Others followed their lead, but Gasly couldn't afford to lose track position if he was to have any chance of beat Hamilton and had to stay out. Ricciardo was the biggest gainer from the timing as it allowed him to make his long-awaited single stop of the day, emerging back on track - now on mediums - in ninth, just ahead of Norris. 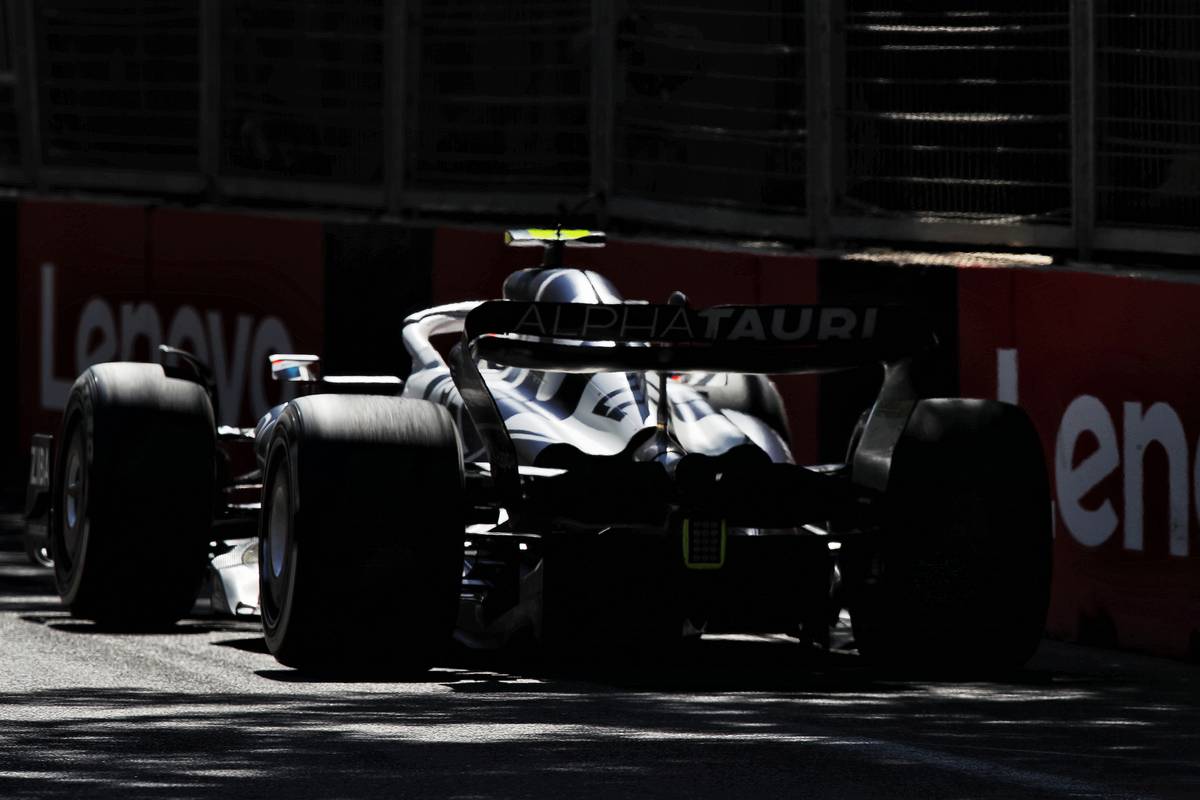 With 16 laps remaining, Verstappen enjoyed a comfortable 12s lead over Perez that kept on growing, with Russell some way back but under no threat in third. Gasly held on to fourth with a ten second margin over Tsunoda whose DRS wing had broken in two, meaning he was quickly out to the sword by Hamilton when the race resumed. The AlphaTauri was eventually shown a black and orange flag requiring him to pit so that the mechanics could use liberal amounts of ubiquitous duct tape to stop the wing disintegrating further, but it dropped him back to P13.

Watching on, and mindful of their own DRS issues on Friday, Verstappen's engineer came on air to tell the race leader not to use it for the rest of the race. Not that there was any need, with victory in the bag for Verstappen and P2 (plus fastest lap) for Perez, who moves into second place in the championship as a result. Russell extended his remarkable run of top five finishes and joined them on the podium ahead of team mate Hamilton, who had succeeded in taking care of Gasly on lap 44

Tsunoda's woes meant Vettel was duly promoted to sixth with Alonso running in seventh ahead of the two McLarens (Norris having been told to stay behind Ricciardo to the chequered flag) and Esteban Ocon in tenth. Just out of the points were Valtteri Bottas, Alex Albon, Tsunoda, Lance Stroll, Mick Schumacher and Nicholas Latifi, but Stroll subsequently retired on lap 48 with 'high oscillations'. It meant he joined the other four drivers - Magnussen, Zhou, Leclerc and Sainz - who had failed to last the distance.