McLaren boss Andreas Seidl says the papaya squad relied on team orders in the second half of the Azerbaijan Grand Prix to help fend off any eventual attack from Alpine's Esteban Ocon.

Lando Norris and Daniel Ricciardo lined up respectively 11th and 12th on the grid in Baku.

However, McLaren hedged its bets and put the pair on different strategies, a move that enabled Ricciardo to undercut Norris at the end of the day thanks to the Aussie running a long first stint on the hard compound while his teammate had started his race on the mediums.

But in the early part of the race, Ricciardo suggested that his pace would allow him to overtake Norris on the track. But he was told to remain behind his teammate by the McLaren pit wall, which he did.

Norris returned the favour later on when he was faster than Ricciardo. As the McLaren pair were stuck between the two Alpines at that point and unable to detach themselves from the group, it was decided not to disrupt the running order between the two drivers and focus on keeping Ocon at bay. 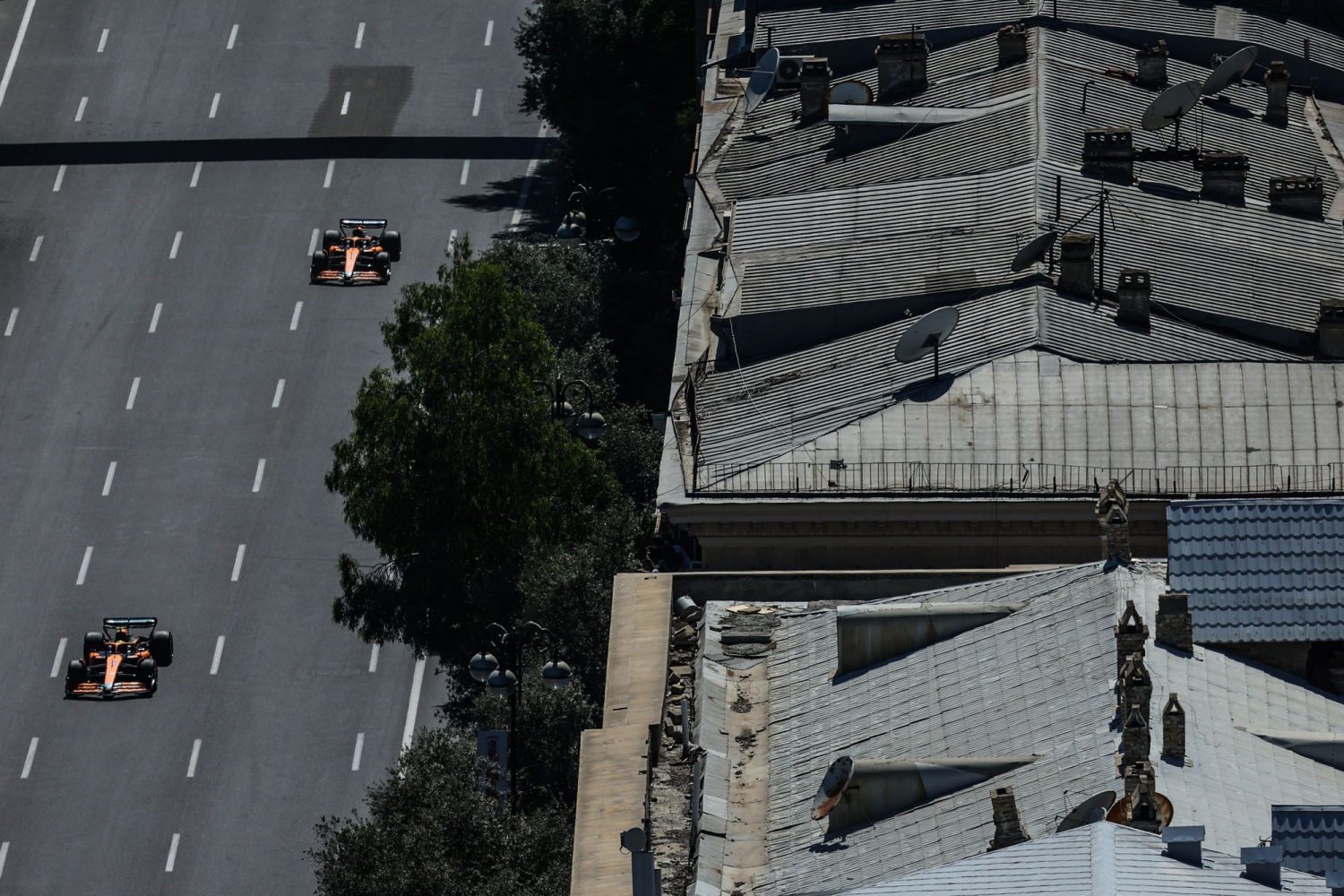 "I think what we heard on the radio is what you would like to hear from every race driver, being ambitious and trying to have the best possible race for himself," Seidl explained.

"That's why there's a team in place that makes sure we have the best possible outcome for the team, without risking [losing] two cars on track by crashing into each other.

"If Daniel would have gone by Lando at the beginning of the race, we would just have ended up in a yo-yo like we have seen with some other teams already this year, both being stuck behind Alonso and having the risk that Ocon actually goes through at least one of these cars.

"Our idea was with holding position for both cars behind Fernando, that we make sure by that we keep Ocon in check, which we did."

McLaren isn't in the habit of imposing team orders on its drivers, rather relying on a "free to race" philosophy. But Seidl says circumstances may justify a directive, as was the case in Baku.

"Yeah, it always depends on the circumstances.

"Our drivers are free to race, and we always try to provide for both drivers the same opportunities to do well, because that's our responsibility.

"But if we are on different strategies and so on, obviously, you need to make sure as a team that you maximise the outcome for the team."

Russell hits back at Horner: 'Drivers not seeking an advantage'